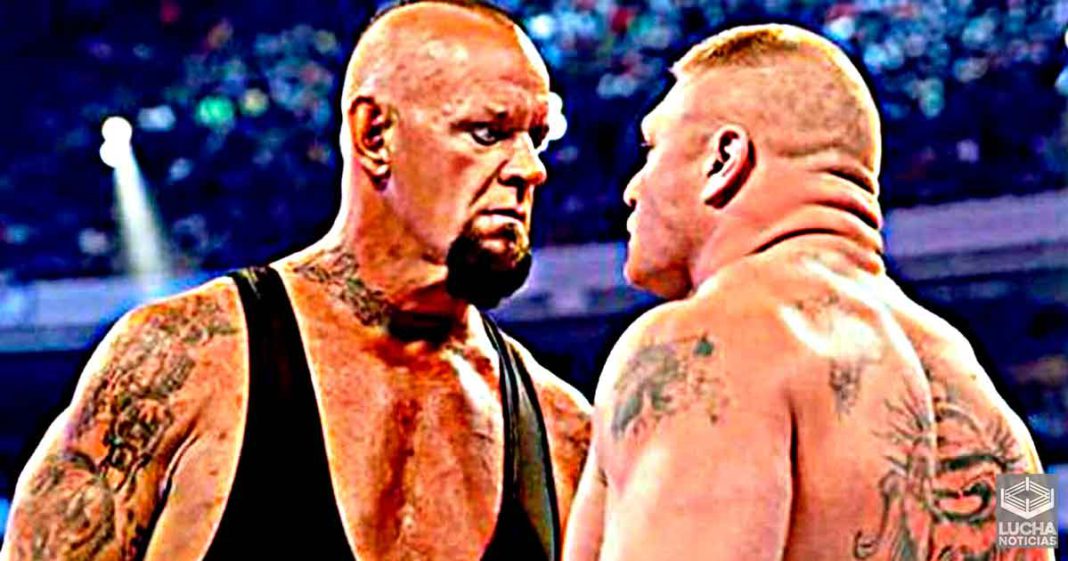 Brock Lesnar gave The Undertaker his first loss at WWE WrestleMania. That’s all the contact Taker wants to have with the Incarnate Beast.

Undertaker reveals if he would fight Brock Lesnar

While speaking to The Joe Rogan Experience, The Undertaker said that he would have been interested in fighting in MMA if the sport had peaked earlier. By the time the UFC took off, Taker had already passed the age limit.

When asked if he would consider having an actual MMA fight with Brock Lesnar, The Deadman had a very short and profanity-filled answer. He certainly got the point across too.

“F * ck no. What are you smoking? Does not matter [risas]What are you fucking crazy about? “

The Undertaker also joked that he stopped going to Brock Lesnar fights because he kept losing when he showed up. The Deadman said it could be a curse on the former UFC heavyweight champion.

Lesnar and Brock Lesnar won’t get tangled up in the cage, but at least they made a memory or two in the square circle.