Professional wrestling in the United States experienced an unprecedented boom in the late 1990s, motivated, to a large extent, by competition between WWF and WCW, in addition to the influence of ECW.

What would have happened if WCW had continued? Remember that it was a fact that Eric Bischoff would buy the company with the support of Fusient Media, but inexplicably, AOL Time Warner decided to cancel WCW’s television programming, selling the company at a fraction of its value — far less than what Bischoff was offering — to WWE.

In this web series, we rebuild history by changing that fact. Bischoff does buy WCW and the company continues to operate into the new century. We do it based on fictitious journalistic notes of what could have happened, simulated in the WWE 2K20 video game for PS4.

In this new episode, Eric Bischoff runs into the first problem since the creation of the new WCW: retain the nWo. The boss wants to renegotiate the contracts to retain his three biggest stars, but Hulk Hogan, Kevin Nash and Scott Hall have other plans. What will Bischoff be willing to do to not lose Hogan? 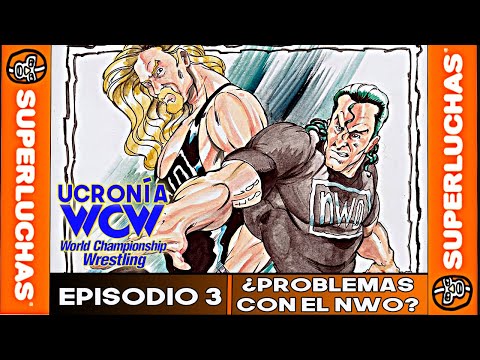 Uchrony
Logically constructed historical reconstruction that is based on possible events but has not actually happened.