It’s official. The American television network TNT, the official home of the AEW Dynamite television program, presented by the All Elite Wrestling company, has announced that it will be organizing the first AEW Dynamite Awards, some virtual prizes where they will reward the best of the best that has happened in AEW in just over a year since its debut.

The ceremony will be broadcast virtually on Wednesday, January 27, 2021 and there are several categories. The fans will be the ones who will choose the winners to the winners by voting through the following link, although to access it you have to be in the United States, or enter with a VPN.

► BEST MOMENT ON THE MICROPHONE

The Innre Circle attacks Orange Cassidy. The Dark Order attacks the Nightmare Family. Nyla Rose has Riho and Hikaru Shida breaking tables. Brian Cage surprises Jon Moxley with an attack. The fight of The Nightmare Family and The Inner Circle.

► THE MOMENT WHEN CLEANING WAS MORE DIFFICULT AFTER

Cody Rhodes’ Moonsault from the top of the cage. Sammy Guevara being hit by a golf cart. Kenny Omega winning the World Heavyweight Championship and leaving AEW. The bloody fight between Dr. Britt Baker and Hikaru Shida. The Young Bucks’ Sapito Plancha from atop the stadium railing.

► THE MOST LAUGHING MOMENT (LOL)

► THE PPV MOMENT OF THE YEAR FOR BLEACHER REPORT

Tonight we will have NXT coverage, with the start of the Dusty Rhodes Tag Team Classic tag team tournament. The Undisputed ERA (Adam Cole and Roderick Strong) will face Breezango (Tyler Breeze and Fandango).

If it is within your means, you can support with any amount the fighter and collaborator of SUPER LUCHAS, Heavy Boy, he is raising funds for a delicate surgery. 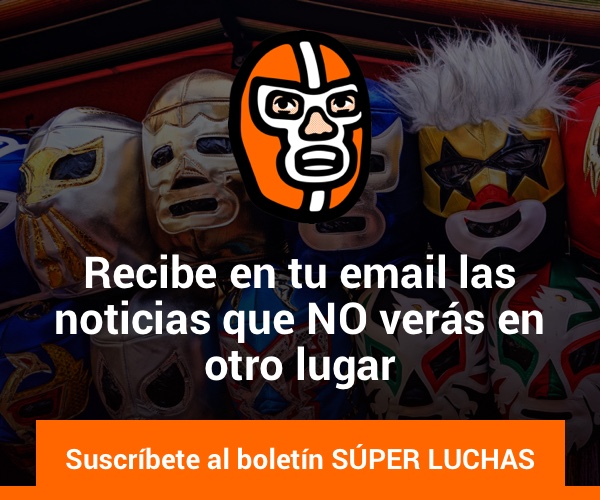