While AEW’s intentions to boost its women’s division through the knockout tournament that will decide the next female title contender for Hikaru Shida are laudable, the way to do it is generating some criticism.

Firstly, because this has not increased the number of minutes that the company’s gladiators have in AEW Dynamite. And so, we only saw, as usual, a women’s match during the most recent episode, when a couple of menial matches of little relevance (Orange Cassidy vs. Luther and FTR vs. Matt and Mike Sydal) could be left out in order to include one more match from that tournament.

As we already reported, The first fights on the Japanese side of aired via YouTube on Monday, with no signs that any, from now on, will be seen in Dynamite. 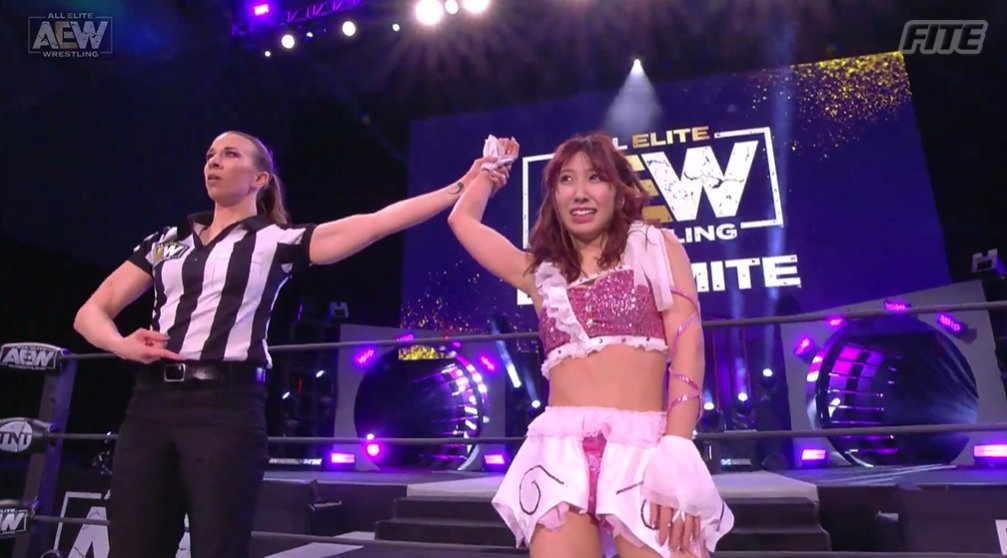 However, next week, there are a couple of tournament matches scheduled: Tay Conti vs. Nyla Rose and Britt Baker vs. Anna Jay. But again, criticism arises, because the first of the semifinals of the American side, Thunder Rosa vs. Riho, with the potential to be the best of all the fair, will be relegated to Bleacher Report, as announced by Tony Khan.

«The semifinal on the US side of the AEW Women’s World Championship Knockout Tournament, featuring Former AEW World Champion Riho going against former NWA World Champion Thunder Rosa will air on Bleacher Report on February 28 in a free special, a week before the PPV Revolution! »

For the second time this year, an AEW event can be seen on Bleacher Report, after the AEW Awards last month, which could be seen exclusively through the application of this American medium. Though Khan did not clarify if this heads up will be shown on the B / R website or will also be placed exclusively in the app.

As reported by the Wrestling Observer, the last matches of the Japanese side of the tournament will also be part of this special event. 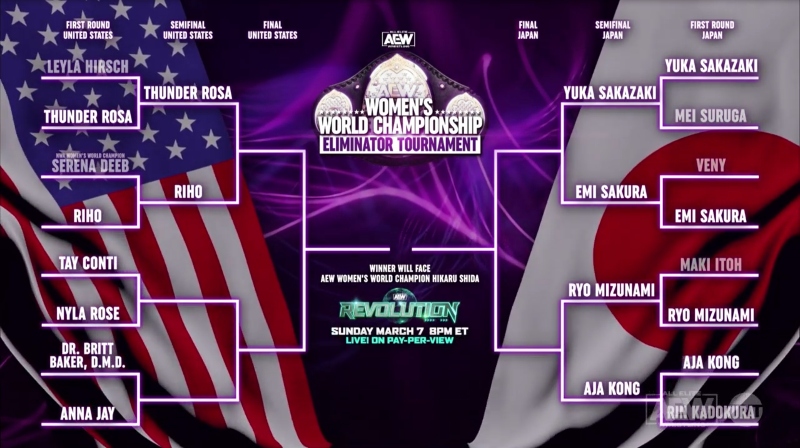