News for him next AEW Dynamite show. All Elite Wrestling announced last night, through its official profile on Twitter, that Sting will participate at the Dynamite on Wednesday, February 24, which will be held from the Daily’s Place in Jacksonville, Florida.

During this week’s Dynamite show, “The Icon” received a Powerbomb from Brian Cage, showing that he is still capable of taking big hits despite his age and injuries sustained in his career.

This interaction with Brian Cage was the first time Sting had physical involvement in the ring again since his match against Seth Rollins at the WWE event, Night of Champions 2015.

So, with the announcement of Sting’s participation, the billboard for the next AEW Dynamite show is as follows:

Ranked match for the Face of Revolution Ladder Match
Phoenix King vs. Lance Archer (with Jake “The Snake” Roberts) 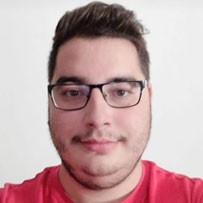