Santiago Ponzinibbio is eager to return to the cage and demonstrate why he was considered a threat to the UFC welterweight title just a couple of years ago.

Ponzinibbio wants to return to the Octagon and put behind his loss on January 16, which marked his return to the UFC after a two-year hiatus. Ponzinibbio (27-4 MMA, 9-3 UFC) suffered a first-round knockout of Li Jingliang at UFC on ABC 1, ending a seven-fight winning streak.

Ponzinibbio had overcome many setbacks to return to the Octagon, including a life-threatening infection, among many other things. The Argentine wants to bounce back from his most recent loss by returning in late April.

“I was well prepared for the last fight, so I stayed training, eating healthy, I stayed in Florida and I’m in good shape. So if any opportunity arises, I can come back as soon as possible. I feel great and I have that bitter taste that I can only get rid of with a win in hand. So I’m excited to go back and fight ASAP«. 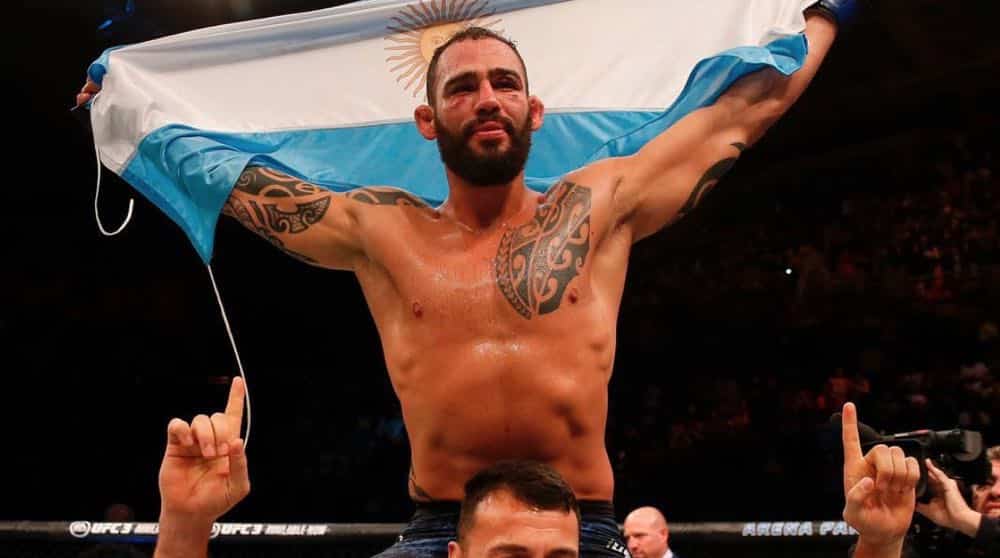 Before the long break, Ponzinibbio was ranked in the top 10 of the official UFC welterweight rankings and following a knockout victory in the main event in his home country Argentina.

The 34-year-old hopes to have someone in the rankings for his next fight. Ideally, Ponzinibbio would love to take on former UFC welterweight champion Robbie Lawler, who is ranked 15th.

It was a very difficult loss for Ponzinibbio, who had waited so long to fight again only to suffer such a devastating defeat. After the loss to Jingliang, Ponzinibbio took to his social networks to launch an emotional statement for his fans. Check out what he wrote on his Instagram below.

«I have no words to describe the sadness I feel. I wanted to return giving a victory, you deserve it for so much support. I worked very hard for this event, a whole year of preparation but this sport is like that, there is a part out of control, a blow that comes in and everything ends. I want to thank all the messages and the love of always! All my life I forged it on adversity, this time it will be no different. I come back stronger than ever #teamponzinibbio #argentinedagger #abudabhi #fightisland »

Ponzinibbio (27-4) fell to 9-3 overall in the UFC with the loss to Jingliang. At 34 and after such a devastating defeat, it’s hard to tell where Ponzinibbio goes from here. He made it clear in his statement that he plans to continue fighting, But it’s hard to say that he will ever return to the top 10 of the UFC welterweight division given his poor performance here against Jingliang.