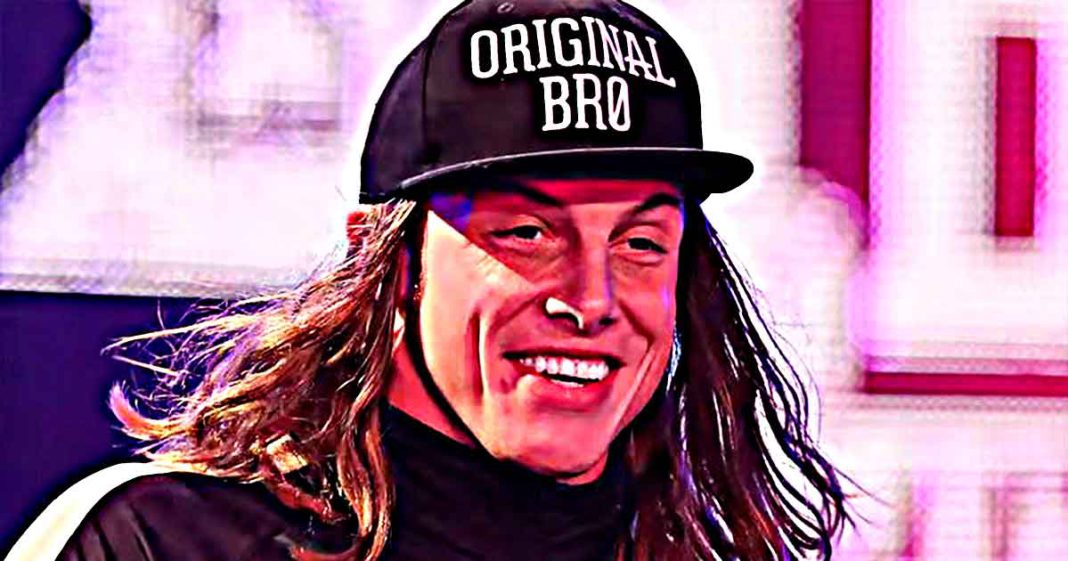 The Undertaker got a lot of attention when he commented on the previous generation of professional wrestlers and how they stack up to today. Legends of the past used to play with guns and knives in the locker room, but today everyone plays video games. Riddle thinks the past generation was just “dumber.”

Vicente Beltrán recently spoke with Riddle where The Undertaker’s comments were mentioned. He said times have changed as he apparently endorsed The Deadman to some degree.

The Wellness Policy also ensures that Superstars make very different life choices. In the end, the current generation is smarter if you ask Riddle.

“I would tell the Undertaker or anyone else: Times have changed, the human race and everyone is evolving, and yes, we don’t bring knives and guns to work because we have metal detectors and things keep us safe, so the people don’t do that. We have a wellness policy where we all get tested regularly so we are safe and in our proper frame of mind. I’ll tell you this: I love my job, I show up to work, and yes, I am a former UFC professional fighter who broke people’s jaws in a steel cage. something that didn’t exist when he was young, and I bet if it was, he wouldn’t have stepped forward yet because it takes a different race. “

“So that’s it and he shouldn’t say certain things that – he knows there’s a forthcoming list of true savages, not pretend, so he must be careful. But … I still respect him, I think he’s a bit too enthusiastic and I don’t think he meant ill will or something bad, I just think he thought his time was more difficult and I’ll say this, when he worked, times they were harder – they weren’t either So smart and they were dumber so they abused certain things, abused their bodies and everyone is paying the price for it. Today’s fighter, we are smarter, you work more intelligently and even if you think we are suffering more blows ”.

“We still don’t work the same hours as you. And you can say that we are softer for that, but I would say that we are smarter and more educated, like today’s athlete. Keep in mind that most athletes today are not hurting themselves that much, they are not doing this, we train smarter and eat healthier, we do things better and it is because people in the past made so many mistakes that we have learned from them. Now, we no longer make the same mistakes. “

So Undertaker says ‘soft’, but I don’t think we’re soft, we’re smarter. That’s why we don’t get hurt and why we don’t get into stupid situations like carrying guns to work. So Undertaker, nothing but respect, but at the end of the day, respect and understand evolution, no matter if it comes with the man or the dress code, realize that we have evolved. We have better dress code and we don’t do certain things like that anymore. We do things well. “

Others have also pointed out how superstars can’t travel with guns and knives like they used to in the past. Airport security disapproves of packing weapons on the plane.

The Undertaker’s words got a lot of people commenting and it also generated a great conversation on the subject. Everything evolves, including the WWE wardrobe. That does not mean that The Undertaker was wrong in his statements, but everything changes for a reason.