Tetsuya naito revealed that he is injured in the right knee; this happened in the course of the fourth performance of the tour «Road to Castle Attack 2021«, Held today February 17 at the Korakuen Hall. 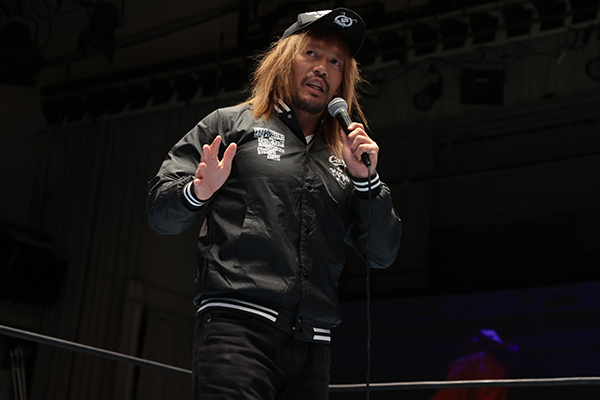 ► Naito himself reported his injury

Tetsuya Naito opened the show and revealed that he would not be able to compete in the main event due to a right knee injury. He assured fans that he will still challenge Kota Ibushi for the IWGP Intercontinental Championship at the Castle Attack event on February 28.

As a result of Naito’s injury, Ibushi was out of the card today, SANADA and Yuji Nagata faced each other in a singles match in the semifinal turn, so Dick Togo and EVIL’s tag team match against Kazuchika Okada and SHO was moved to the main event.

Naito apologized to the fans and said that although he regretted not being able to fight, he would be back in action in Osaka on February 28. He made it clear that this was not the time to forget his goal of stopping Ibushi from pursuing the Double Gold Dash unification idea. For him it is imperative to continue in the fight for the IWGP Intercontinental Championship.

Let’s hope that the 10-day inactivity that Naito will have, will serve him to be at 100% for his title fight against the monarch Kota Ibushi. The shadow of uncertainty haunts this duel.

The change in lineup gave Yuji Nagata a chance to hold his biggest singles match so far this year as he faced the latest number one contender for double IWGP gold. Two classic athletes, although in very different stages of their careers, SANADA and Nagata put up an interesting high-level technical battle.

► A tour feature is canceled

In addition to the Naito news, NJPW announced the function cancellation of the “Road to Castle Attack” tour on February 21 at the Fukushima Toyota Crown Arena due to damage caused by the recent earthquake in Japan.