Jon moxley has recently been interviewed by Dave Meltzer, a journalist for the Wrestling Observer, to discuss in depth his next match against Kenny omega in AEW Revolution which will be governed by the stipulation Exploding Barbed Wire Deathmatch. In the talk, Moxley highlighted the creative freedom of AEW compared to WWE and praised the work of Omega, AEW World Champion, for always taking his performances to the next level. Here are his most outstanding statements.

“I have a lot to say about it,” Moxley begins, referring to the Exploding Barbed Wire Deathmatch match. “My opinion of the fight and others I will be telling in Dynamite in the coming weeks, so I do not want to start the house on the roof and make spoilers about how I feel going into combat. But I can tell you that I would not have imagined it in a million years, you obviously know that I am connoisseur of the Deathmatch world and I love seeing those things that make people feel completely uncomfortable and disgusted. For me it is like a completely different sport, it has a very different psychology and a different way of doing things. I’m obviously a fan of the style and have seen the Exploding Deathmatches with Onita, Terry Funk and company, but I would never have imagined in a million years that I would do one in AEW. Two years ago when I first spoke to him (Tony Khan) I would never have said ‘hey, I want to sign with you, can I do Exploding Barbed Wire Deathmatches?’ I never would have imagined having this opportunity.

“When the idea was proposed to me, quite a while ago actually, I wasn’t going to turn it down. (My reaction was) ‘Hell, really? You’re kidding? We can do it? Seriously? Fuckin ‘mother!’ When they proposed it to me, I felt like a child in a candy store, like ‘is this serious? Jesus’. What I like the most about AEW and Tony Khan is that when they put me in situations like this there is always a standard to be met. And if there is something that I completely detest, it is the idea of ​​promising something to the fans and not delivering on it.

Moxley highlights the abysmal differences between AEW and WWE when it comes to accepting creative ideas from talents to incorporate into combat. The former AEW world champion cites the stipulation Hell in a Cell, which he considers to be obsolete due to the lack of original spots.

“To this day I can live up to expectations if I say that a match will be crazy. I feel like on many occasions over the years I’ve said things like ‘I’m going to take you to hell in Hell in a Cell’ or whatever fucking shit they made me say, but actually I was thinking ‘my god, I’m not going to give any of this, it’s stupid. ‘ We know exactly what’s going to happen, it’s the same stupid Hell in a Cell we’ve always seen. It seemed to me that I was always promising things that I was not allowed to deliver. Trust me, over the years I tried to come up with a lot of ideas, anything you can imagine, but I never got through the filter. You always see the same things and that’s why I tried to come up with violent ideas but they always told me I couldn’t do it ”.

“I always told them ‘it’s not that bad, trust me, it’s going to be very cool.’ Very simple things like remove the canvas from the ring and expose the boards. It is an idea that I tried to contribute to the Hell in a Cell match against Seth Rollins. I was there with Hunter (Triple H), Vince McMahon and Seth Rollins and I tried to defend the idea tooth and nail, telling them ‘I’m going to take a cutter, tear off the canvas and expose the woods’, And then they looked at me like I was a fucking idiot, as if they had not understood anything. Vince said ‘I don’t think people are going to understand it.’

As a curiosity, Johnny gargano Y Tommaso Ciampa used the spot described by Jon Moxley at NXT TakeOver: Chicago, four years later of Hell in a Cell between Seth Rollins and Dean Ambrose. 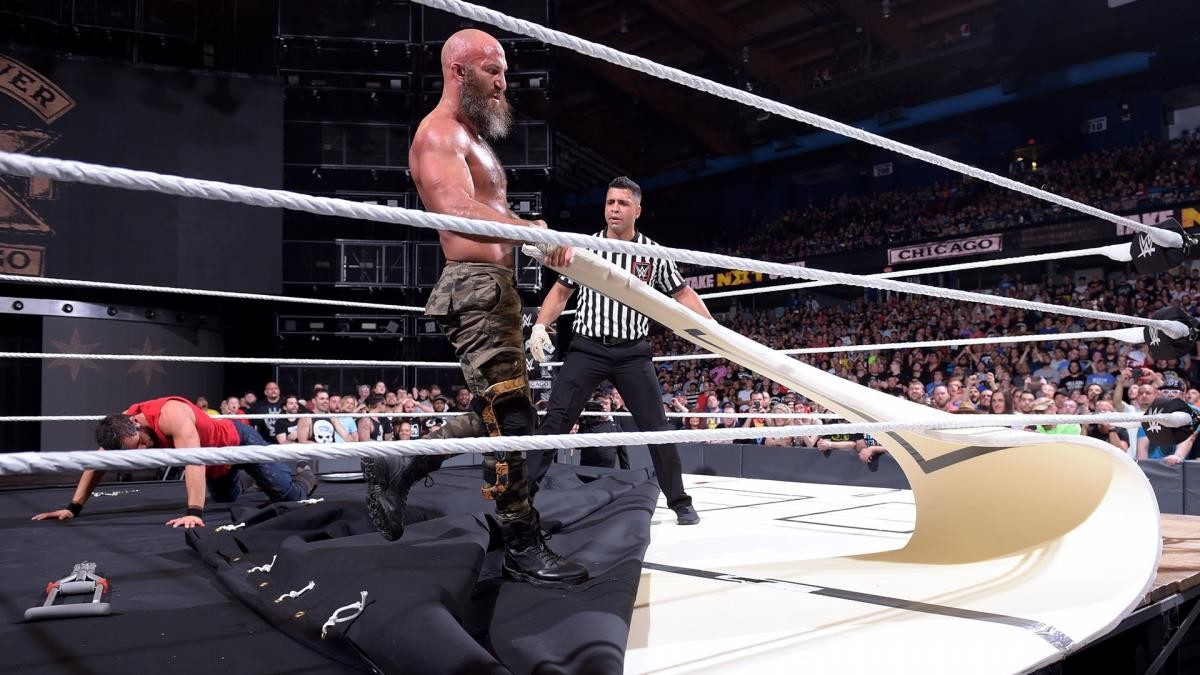 “They looked at me like I was an idiot, Hunter (Triple H) rolled his eyes, Vince was confused and I told them ‘the first time I saw it a guy named MASADA did it in Germany and it was the coolest thing I ever saw in my life. It always works, trust me, people are going to go crazy, it’s going to be great, it’s something different that has never been done in a Hell in a Cell. ‘ But of course not. And whatever other ideas he had, no, no, no, no. Hunter (Triple H) loved fucking thumbtacks when Cactus Jack put over on him and made him look good. He loved pushpins back then. With things like that I would always say ‘man, let’s take it to the next level, let’s get creative, let’s do something wild.’

“So now I have made it very clear to Tony Khan and the board not to put me in these situations unless they want me to go full blast, to be careful what they wish for because I don’t like to disappoint people. And they know it. It’s as if there are no filters anymore and any idea you can think of is a possibility, as well as any idea that can come up with Kenny Omega ”.

To finish, Moxley assures that he and Omega are very similar because they always put their bodies to the limit for the show, something that will undoubtedly happen in AEW Revolution.

“I think Omega and I are very similar because we feel the need to take things to the highest level possible and I have seen that. The times that I have been able to work with Kenny I have seen his desire to take acting and art as far as possible, and he truly puts his body at stake and elevates it to the umpteenth level. In that sense we are very similar, in the way of thinking and in the desire to create something special. This could lead to a very wild night in Jacksonville, I assure you. I’m at my 110% right now, very focused on it and it feels great. Once the combat is over, we’ll see where it ends up on the Exploding Barbed Wire Deatmatches list. I think we will do very well ”.

Kenny omega will defend the AEW World Championship against Jon moxley March 7 in AEW Revolution under the stipulation Exploding Barbed Wire Deathmatch, a type of ultraviolent combat popularized in the 90s by the Japanese company FMW, where the ropes of the ring were replaced by barbed wire that exploded on contact with the skin of the fighters. 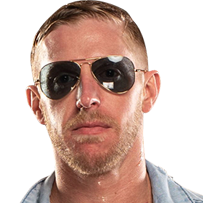