The most addictive card game in WWE SuperCard It is already in its seventh season and has managed to adapt like no one to the new season that we have before us, the Royal rumble. It is because of that 2K has put into play a series of novelties that we will break down then. 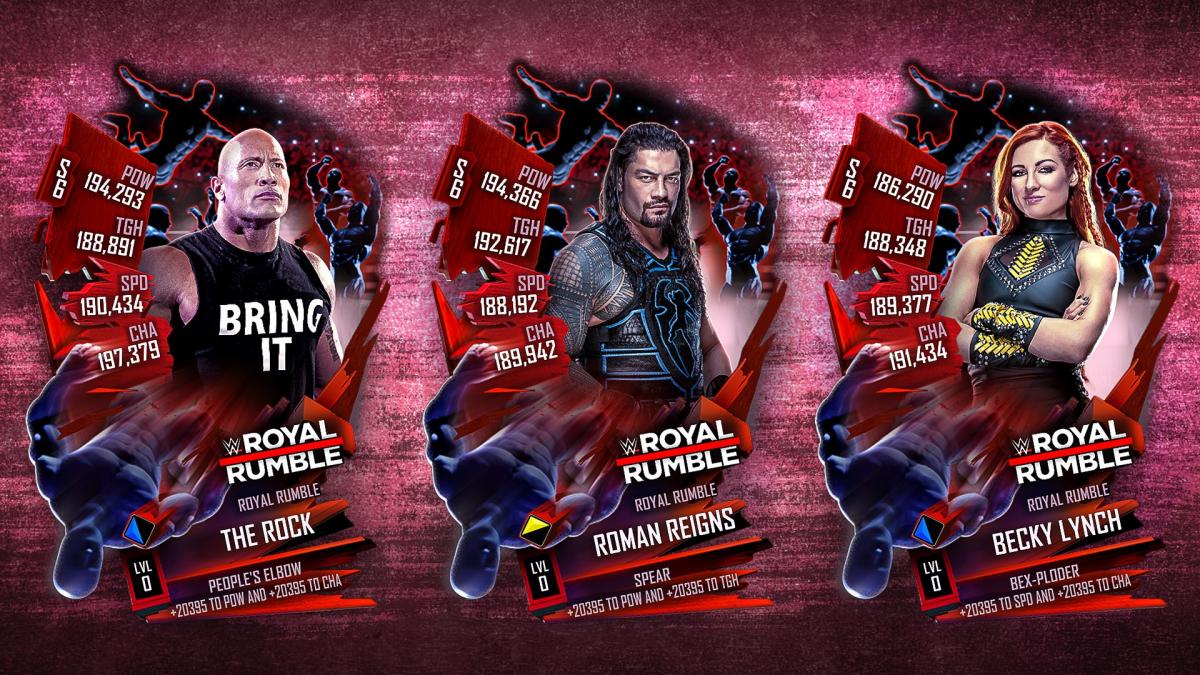 ► All the news of WWE SuperCard

In addition to the new category of cards, From January 21 to February 2, WWE SuperCard players can experience a number of in-game events, upgrades and bonuses with the theme of the Royal Rumble. Now is also the perfect time to revisit that game mode, which features variants of the men’s and women’s divisions. Players fight each other for 16 rounds, tossing each other’s cards over the top rope. The player with the most victory points wins, but to make the action more exciting, the last round rewards the winner with an additional three victory points.

Players they can get a free rewards pack in the in-game store when they log in between January 26 and February 2 Remember, this offer is available to new and current users who log into WWE SuperCard between 12:00 pm PST on 1/26/21 and 11:00 am. PST on 2/2/21. Offer includes one Royal Rumble Rey Mysterio card, 1000 SuperCoins, 25 draft picks and one Royal Rumble card back. Rewards can be redeemed in-game in the store section. One offer per account only. As 2K recalls on its website: “Terms apply” and “will only be available in territories where WWE SuperCard is available.”

This pack contains a Rey Mysterio Royal Rumble ’20 card, a card back, 1000 SuperCoins, and 25 draft picks. For more information on WWE SuperCard and 2K, visit their website, or you can also take a look at their social networks on Facebook, Twitter, Instagram or YouTube.

Just over a week to celebrate a very special Royal Rumble do not miss the coverage that we will carry out in Super Luchas In addition to all the news that may arise around the first major event of the year.