At the cost of its women’s division, AEW wants to boost its broadcast deal with Bleacher Report, ending up dizzying the fans who want to follow the interesting elimination tournament that will define the challenger of Hikaru Shida for the women’s title of the company at the PPV Revolution this coming March 7.

It is not by chance that some media wanted to develop a guide so as not to miss details of it is fair, because it has been divided between YouTube, AEW Dynamite and a special in Bleacher Report this Sunday, as if somehow, Tony Khan and Co. did not want to again grant reasonable exposure to a point of the AEW product that pales when compared to those of WWE or IMPACT! Wrestling.

Thunder Rosa vs. Riho will not be seen in AEW Dynamite

And for more inri, Anna Jay, a talent that aimed to be one of the future faces of the Elite division, She will be out for a long time, according to the company before the broadcast of the fight that the young woman had planned to fight against Britt Baker.

«Anna Jay got injured training And he can’t compete tonight Anna will have to go through surgery and is expected to be away for 6 to 12 months. She will be replaced in the tournament by Madi Wrenkowski, a student and pupil of Thunder Rosa».

Finally, during the show broadcast yesterday by AEW, Wrenkowski fell to Baker, while Nyla Rose beat Tay Conti, and these winners will meet in the semifinals under the next episode of Dynamite; round that will complete the Thunder Rosa vs. Sunday’s Riho on Bleacher Report.

On the Japanese side, we already know the final: Ryo Mizunami vs. Yuka Sakazaki, after beating Aja Kong and Emi Sakura, respectively. Shock that we will also see in the B / R special, along with an interesting thirds match.

Behold the current stamp of the tournament. 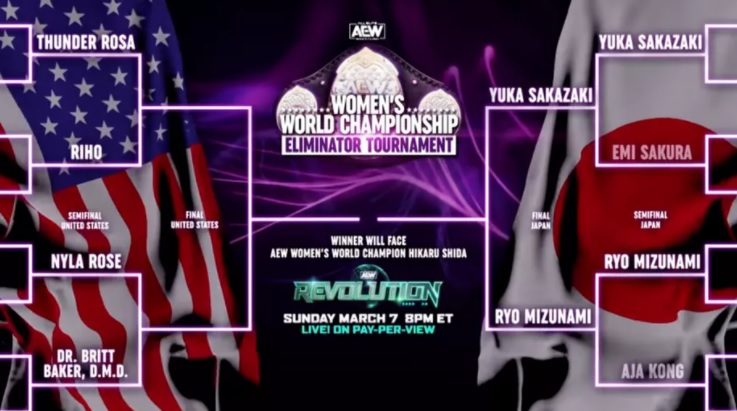