In an interesting but curious news, Chris Jericho, almost 28 years after his debut in professional wrestling in Mexico under the name of Corazón de León, has decided register said name with the United States Patent and Trademark Office (USPTO).

► Chris Jericho has registered the name he used in Mexico 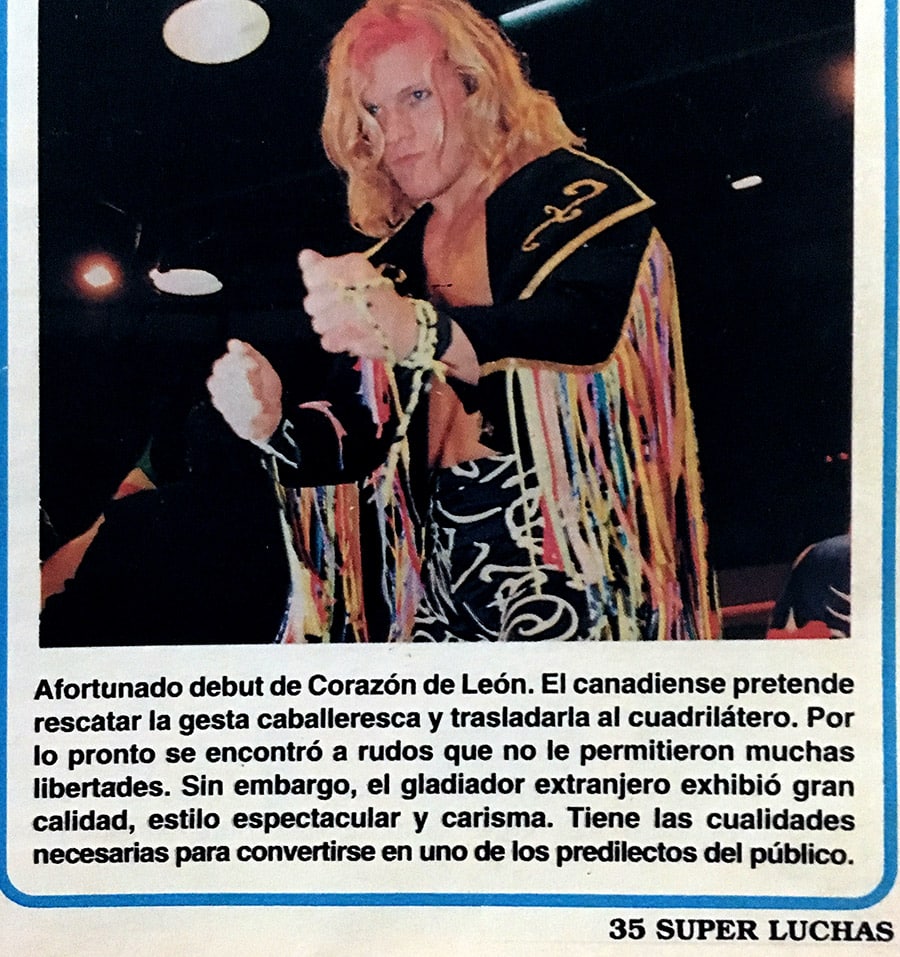 The young Chris Irvine debuted in Mexican wrestling on March 7, 1993 at the Plaza de Toros Monumental de Monterrey. He came to Humberto Elizondo’s company along with fellow Canadian Brett Como.

Elizondo baptized Como with the name of Canadian Butcher, while Jericho considered giving him the Golden Lion, but then he changed it to Heart of the Lion. However, on his debut, Jericho was introduced as Heart of Gold due to a misprint, and alongside Bronco and Tigre Canadiense (Mike Lozanski) he lost to Sanguinario, Valente Fernández and Canadian Butcher.

For more than two years, Jericho campaigned in the CMLL under the name Elizondo gave him, winning the hair of Cromagnon, obtaining the WWE World Tag Team Championship (with El Dandy) and the NWA World Middleweight Championship (defeating Mano Negra). 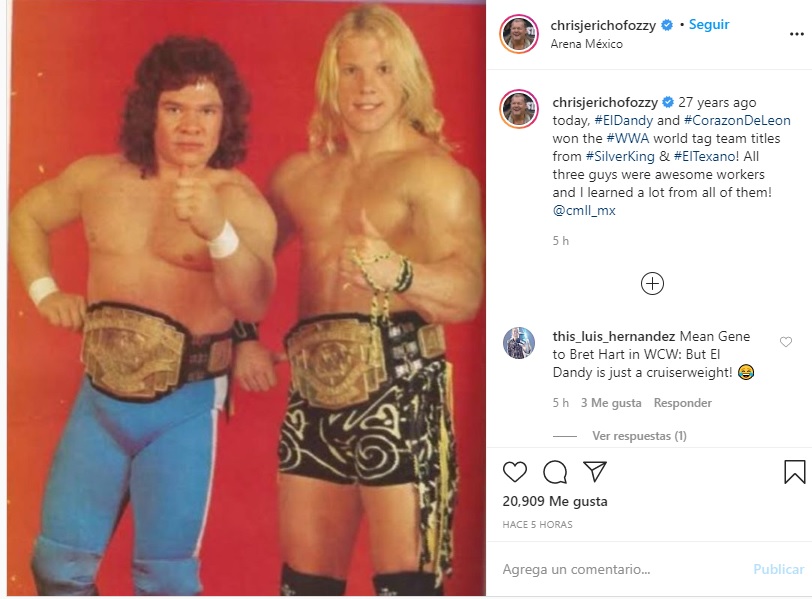 His last fight in the CMLL was on September 19, 1995, as a challenger to the World Heavyweight Championship owned by Apolo Dantés.

Jericho learned a lot from Mexican wrestling, in 2019 he mourned the death of promoter Paco Alonso Lutteroth.

In recent months, the name of the Lionheart became more present in Jericho’s mind, Well, he shared some articles that SUPER LUCHAS published at the time.

Here we see a poster, in which the magazine’s layout designer, Antonio Cuéllar, he completed the name based on Richard I, King of England. 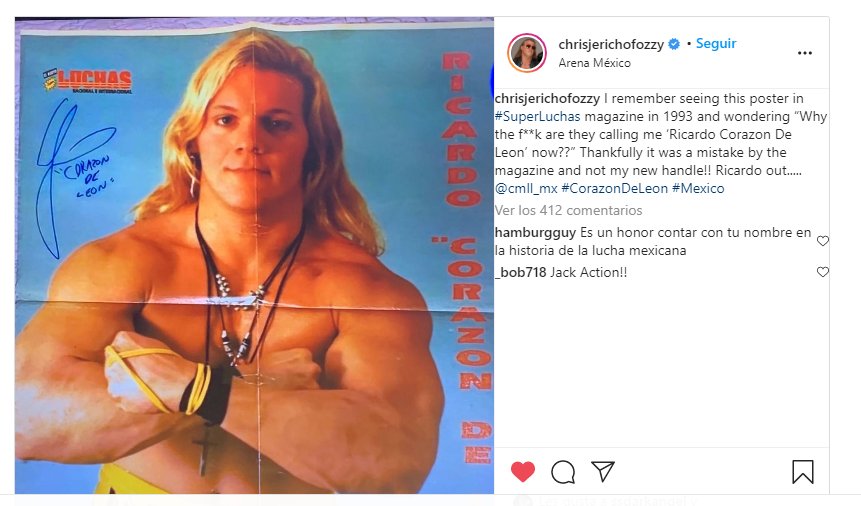 Because many times the young Lionheart appeared in SUPER FIGHTS.

The fact is that on February 18, through lawyer Michael E. Dockins, he applied to register the trademark Lion heart. That is, Jericho will own the rights to his old name in the United States, the one he used 28 years ago at Arena México.

For now, the intention behind this movement is unknown, but it is possible that since now the name he used in Mexico has been ringing a lot want to reuse it — at least in part — into All Elite Wrestling programming.