He just finished celebrating the triumph of Oscar Valdez (gym buddy), Canelo he went to Miami to do his own fight.

Canelo caught up with Avni Yildirim at Hard Rock Stadium to begin the formalities of the week leading up to the fight. 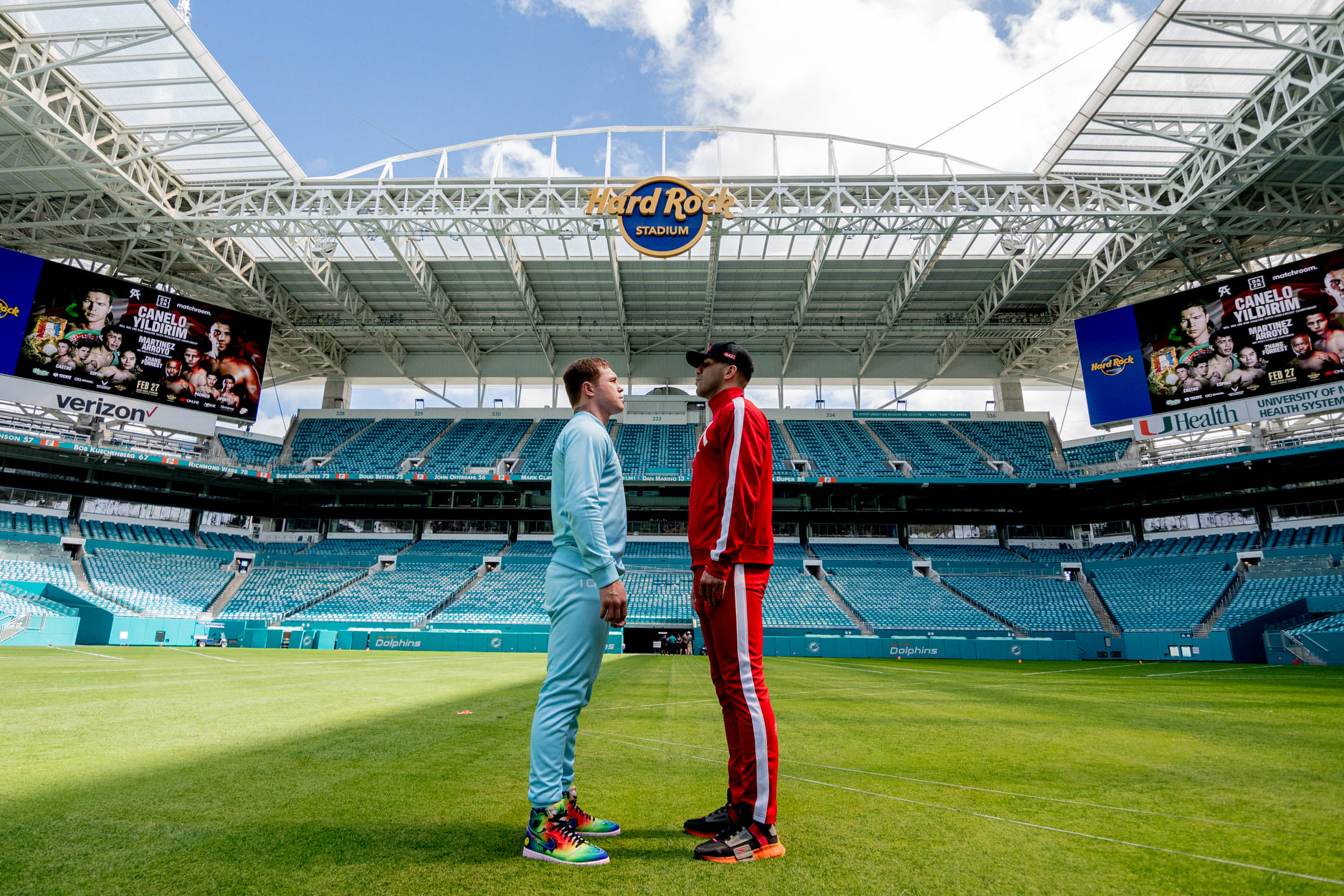 And one of those first activities is to appear at the venue that will host the contest.

So both the esplanade and the stadium were the stages for Canelo Álvarez and Avni Yildirim to make their first face to face.

All very sober, without many people around because although there will be people who will be able to see the fight directly in the stadium, since the restrictions due to the pandemic are still in force.

Well, with the first step taken, only the last press conference, the weigh-in ceremony and ready for battle remain.

This contest will be Canelo’s first in 2021 as well as his first defense of the World Boxing Council super middleweight belt.