From the Shin-Kiba 1st RING of the Japanese capital, the independent company BASARA presented «Basara 149 ~ KOO«, With the dispute of a championship. 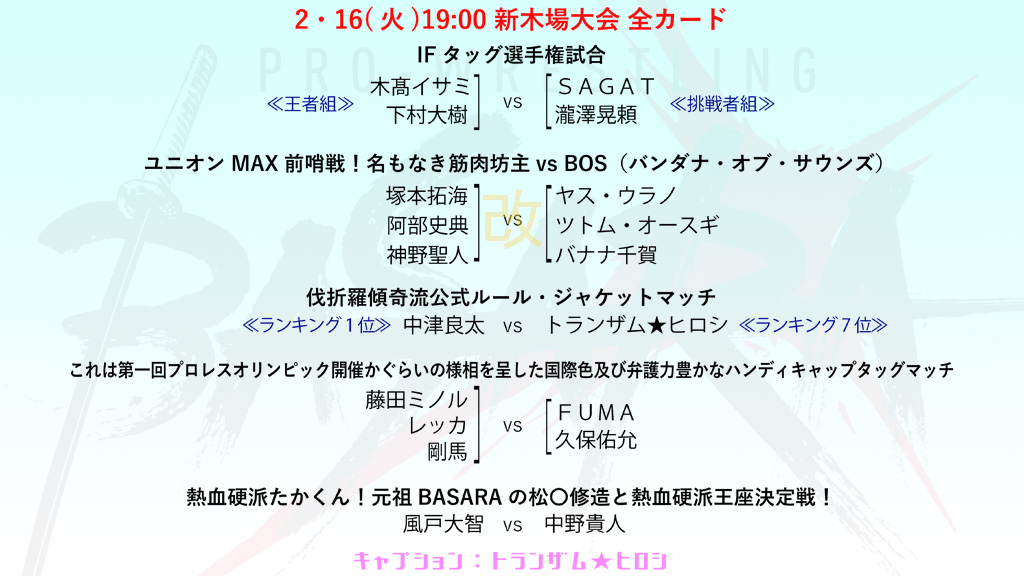 In a head-to-head match, Ryota Nakatsu defeated Trans Am ★ Hiroshi in a Jacket Match duel. Nakatsu maintains a ranking in this style and is currently placed in first place.

A fight followed where Yasu Urano tried to lull Takumi Tsukamoto to a false sense of security with a handshake after their fight. Tsukamoto knew what was coming and blocked a sneaky kick that Uranus threw at him. Tsukamoto then pulled out a plastic bag from his pocket and tried to suffocate Uranus with it until the others at ringside separated them. 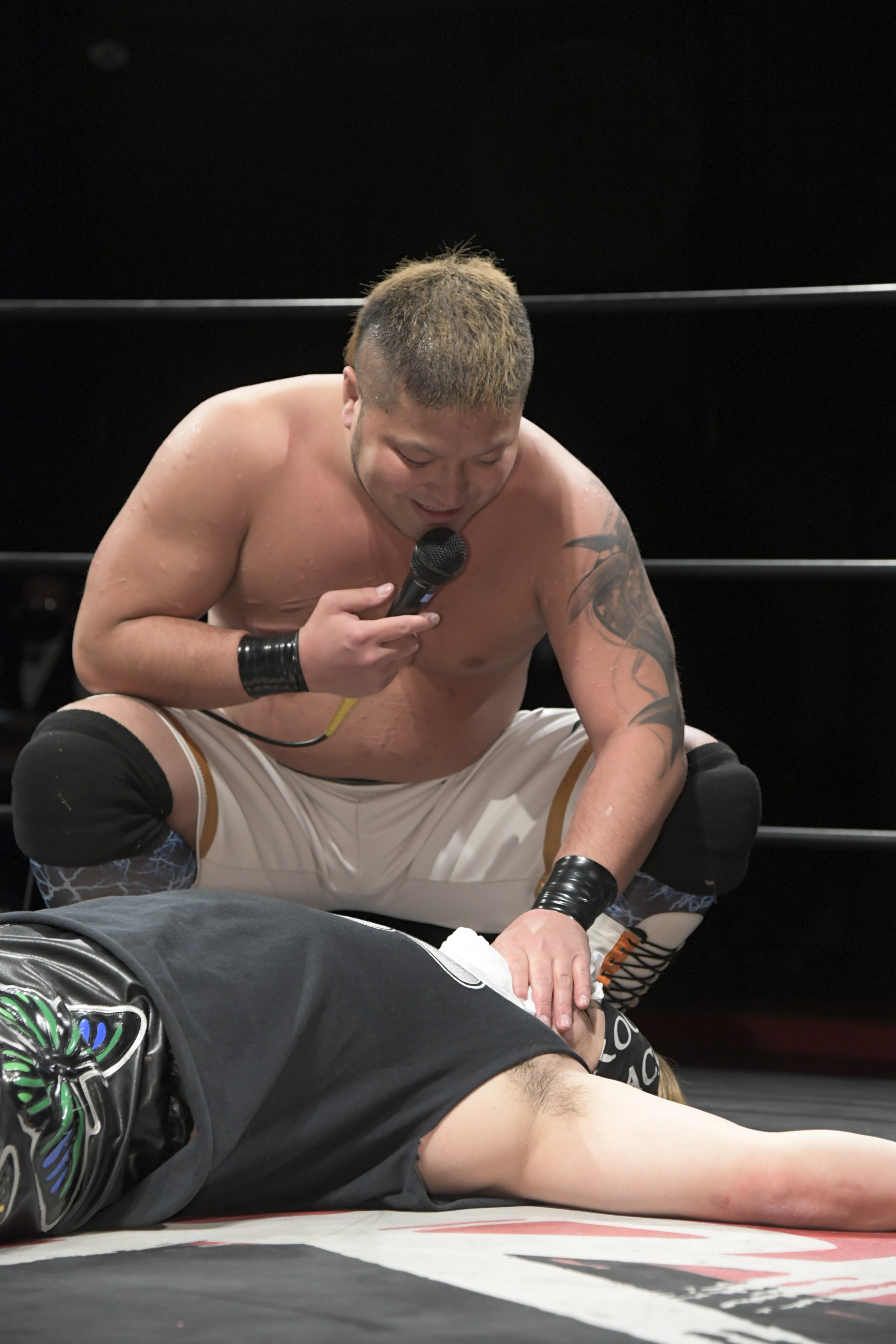 Sento Minzoku (Isami Kodaka and Daiki Shimomura) defeated SAGAT and Akiyori Takizawa to complete the first defense of the IRON FIST Couples Championship. After the fight, the monarchs received the challenge from FUMA and Yusuke Kubo. The duel will take place on March 23, repeating the semifinal of last year’s Iron Fist Tag Tournament. At that time, FUMA was not convinced of the result and declared that IRON PRIEST was the best team. 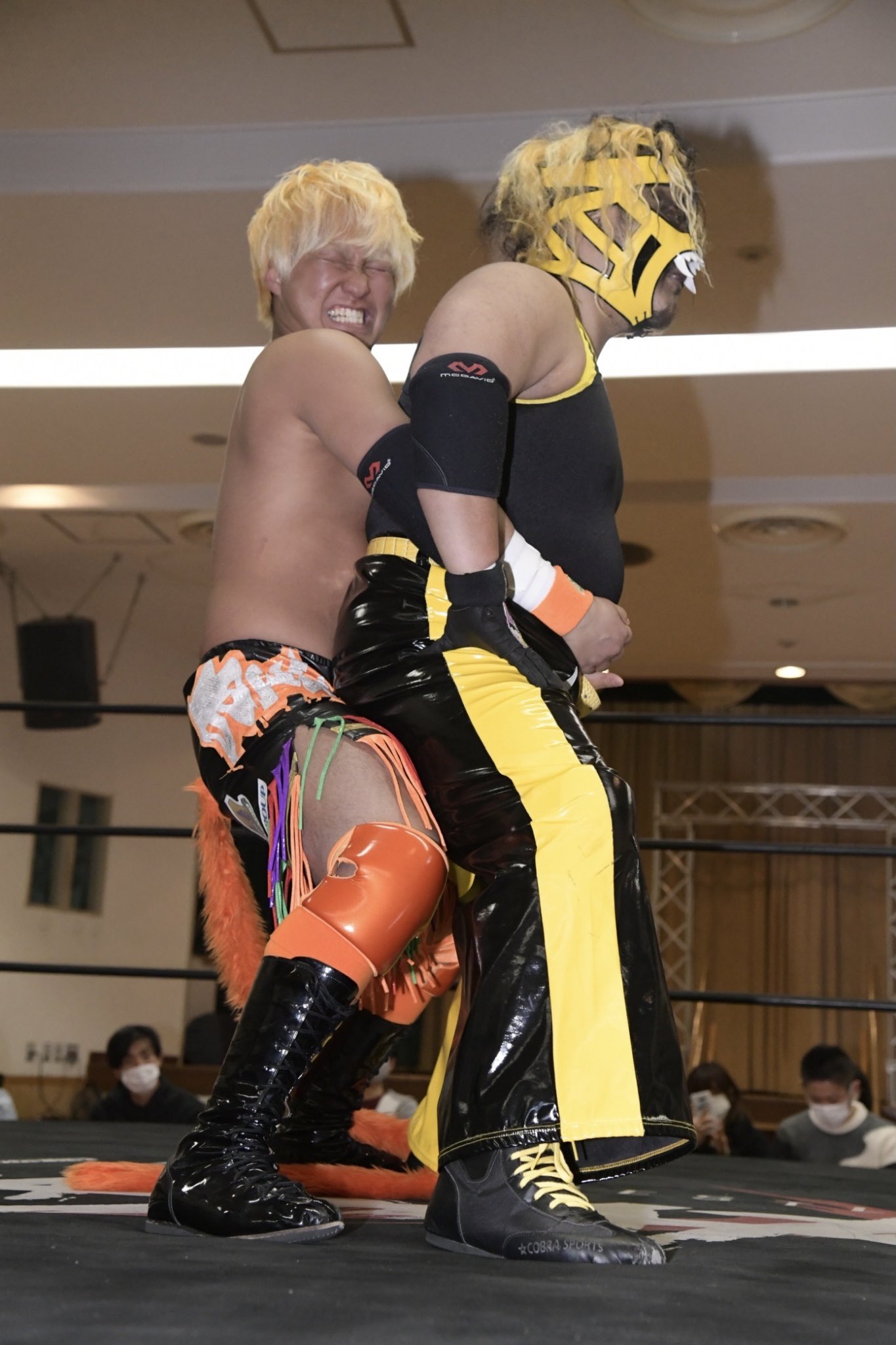