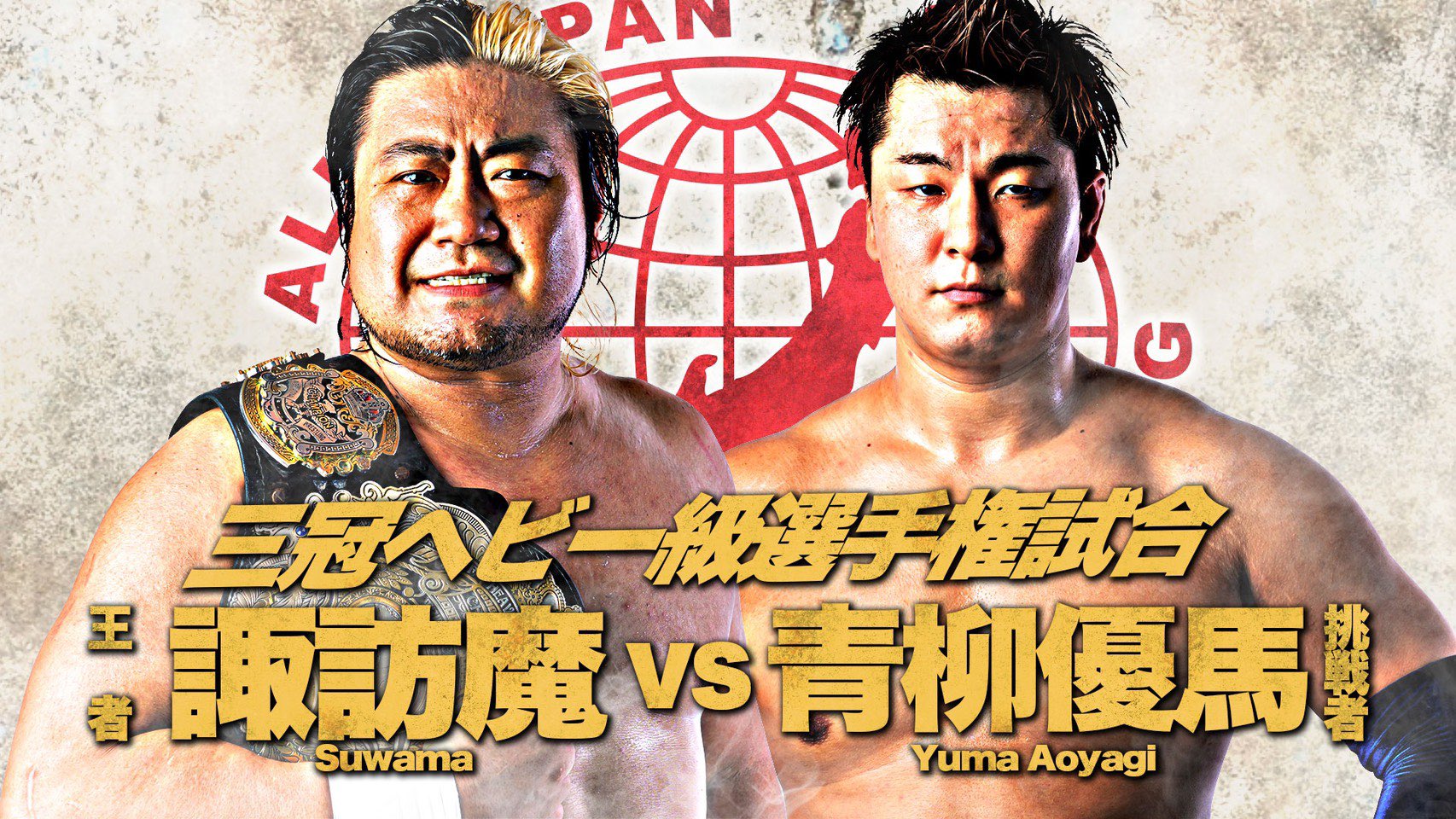 Purple Haze (Izanagi and Zeus) made the second successful defense of the All Asia Couples Championship by beating the duo of Hokuto Omori and Koji Doi. Following the celebration, the monarchs were challenged by their fellow factions, Shigehiro Irie and UTAMARO. 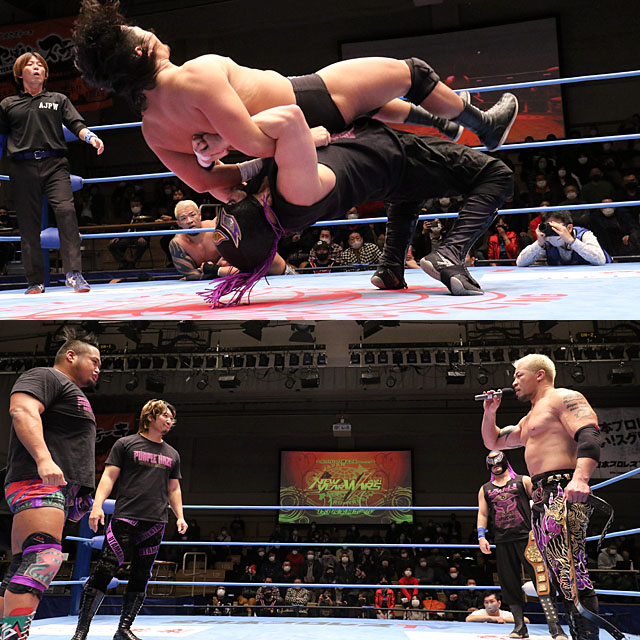 Jun Kasai defeated Yoshitatsu to conquer the GAORA TV Championship, apparently putting Yoshitatsu’s recruitment of John Cena to an unfortunate end. The title was hung in the center of the ring and after a violent scuffle, the ultra violent Kasai climbed the ladder and took the red belt. Kasai was challenged by Black Menso ~ re after the match. 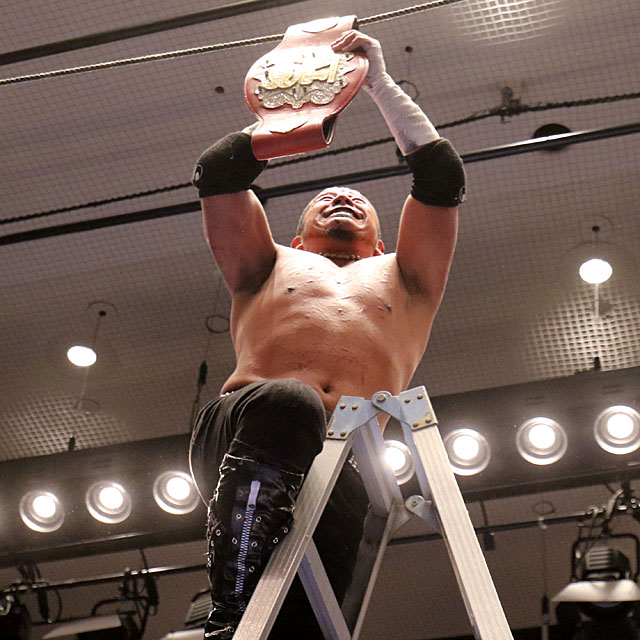 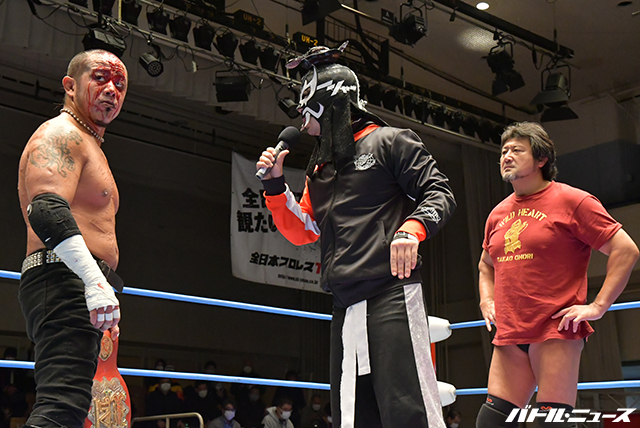 In the main turn, SUWAMA made the fourth successful defense of the Triple Crown Heavyweight Championship against Yuma Aoyagi. The latter failed in his attempt to become a double monarch. After the match, SUWAMA nominated Shotaro Ashino from Enfants Terribles as their next challenger; Ashino stepped into the ring and accepted. 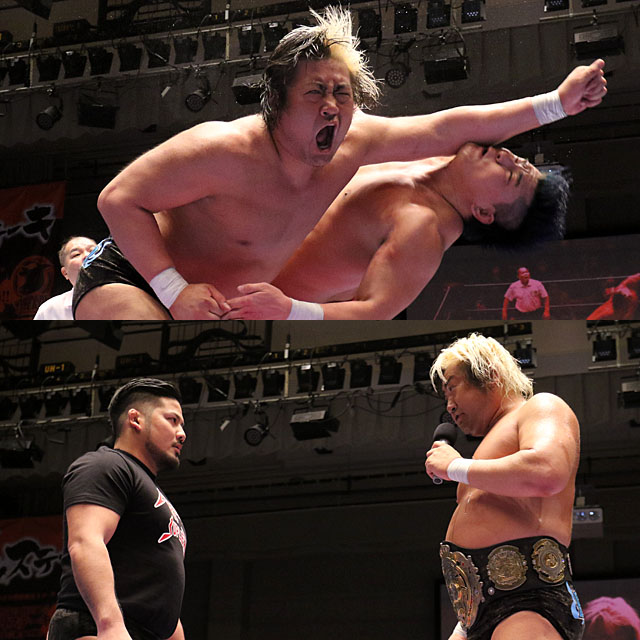