Last week, the AEW and NXT ratings had different behaviors: while AEW had a great improvement, NXT remained stable, but with low numbers, as a consequence of the NBA Draft. Comparatively, AEW once again surpassed NXT in viewership and rating.

The results of both programs were: 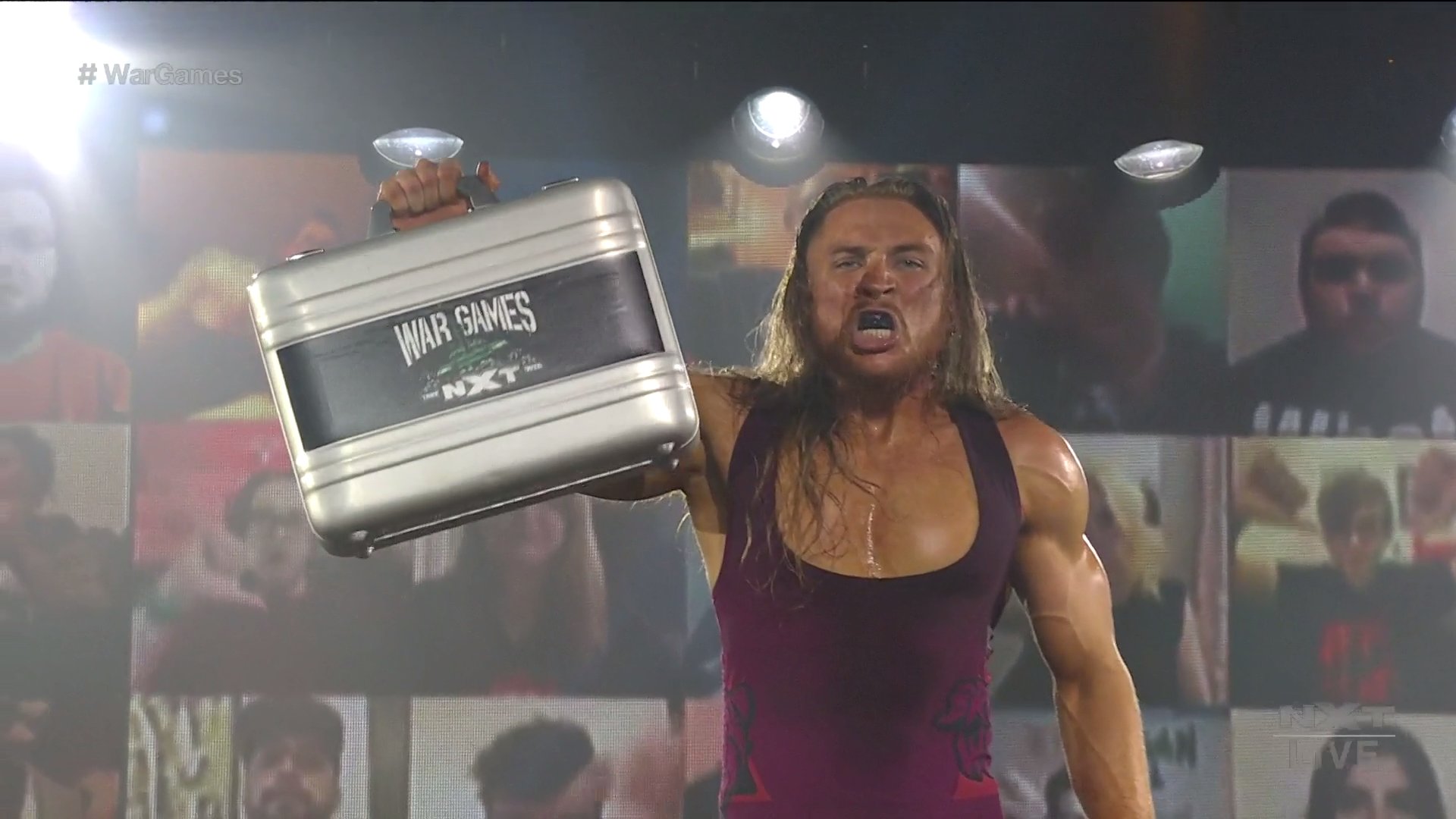 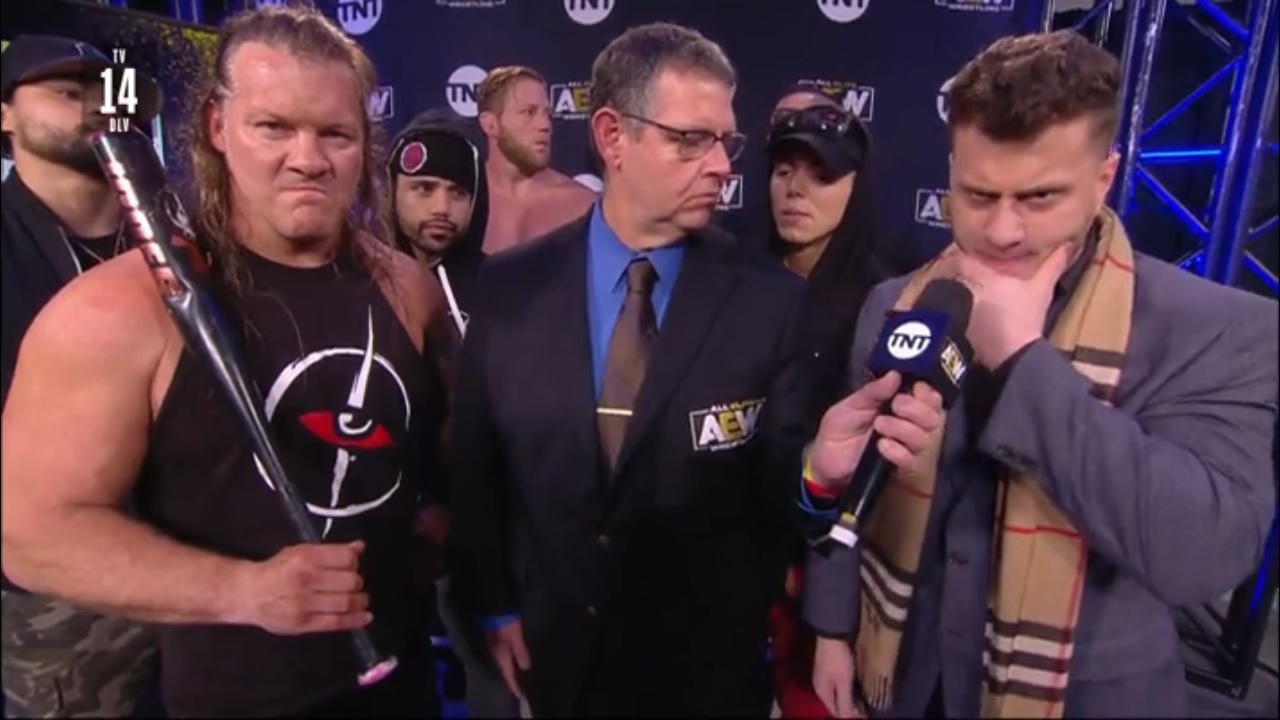 This week, there was a delay – normal in the United States of America – in the delivery of the results, due to the Thanksgiving holidays, so the results of cable television on Wednesday night were only released. So, the AEW and NXT audiences were: 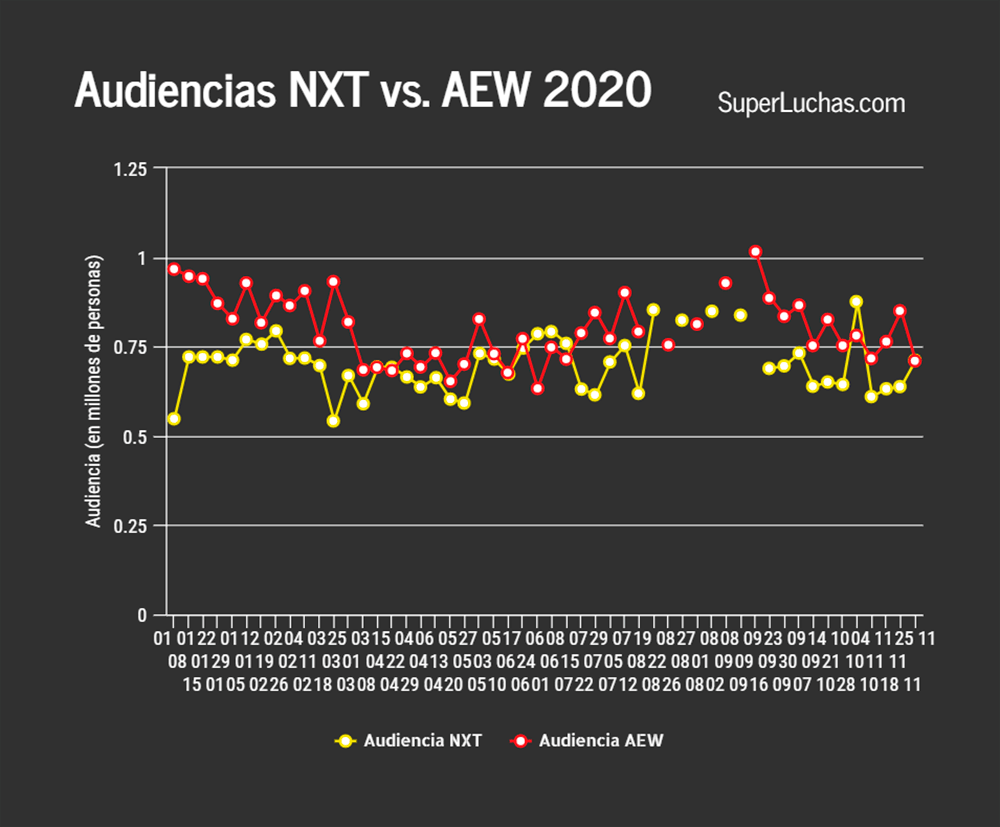 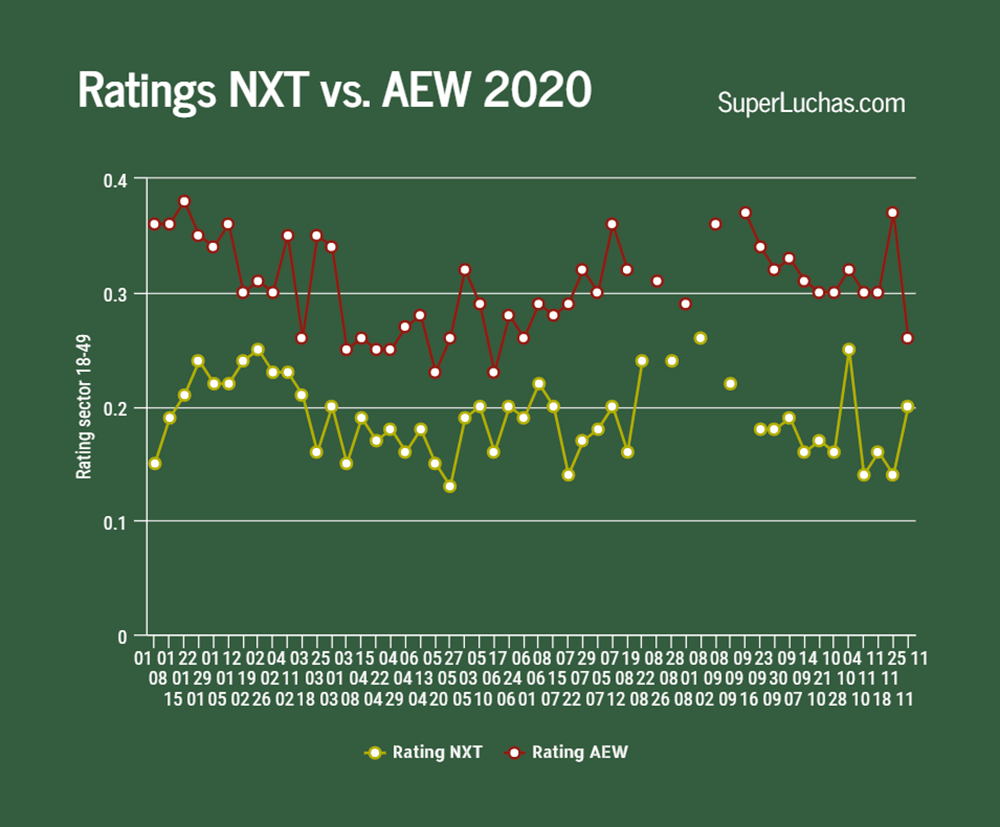 Once the fighting competition between NXT and AEW returned, both shows have been hurting both despite having good posters and headline fights in the AEW case. This week, there was a wide dominance of the news, although the Thanksgiving festivities affected all the programming on Wednesday night; however, AEW managed to stay within the 15 highest rated programs.

Remember that rating is what matters most to advertisers, and based on this index is that the TV programs are positioned.

Below we show the 15 highest-rated cable TV shows on Wednesday night. We highlight in blue the news and analysis programs, which usually have a good audience, but low ratings: