Only because of its peculiar design it already has followers. And although in this basic version the benefits of its brothers can be missed, the whole is satisfactory.

It is the fashionable SUV. Even one of the fashionable cars, expanding the range to the entire market. Cupra has hit the bull’s-eye with him Formentor mixing the aesthetics SUV with the sportsmanship of a coup and a affordable price… especially if we talk about 1.5 TSi of 150 horses gasoline, the entry model not only to the Formentor range, but to the Cupra itself.

The Cupra Formentor 1.5 TSI is the cheapest car offered by the Spanish sports brand in the orbit of Seat and that makes it doubly interesting. Less than 30,000 euros (29,670) It is the main hook of a car that, at first, is going to enter your eyes.

Because there are not many cars with the presence of this Cupra. It is, of the general compact SUVs, the one that has a sportier image, long (a Hyundai Tucson, a Qashqai, a 3008 or a Kadjar lack that trace of dynamism that the Formentor body has). And that has its payoff. 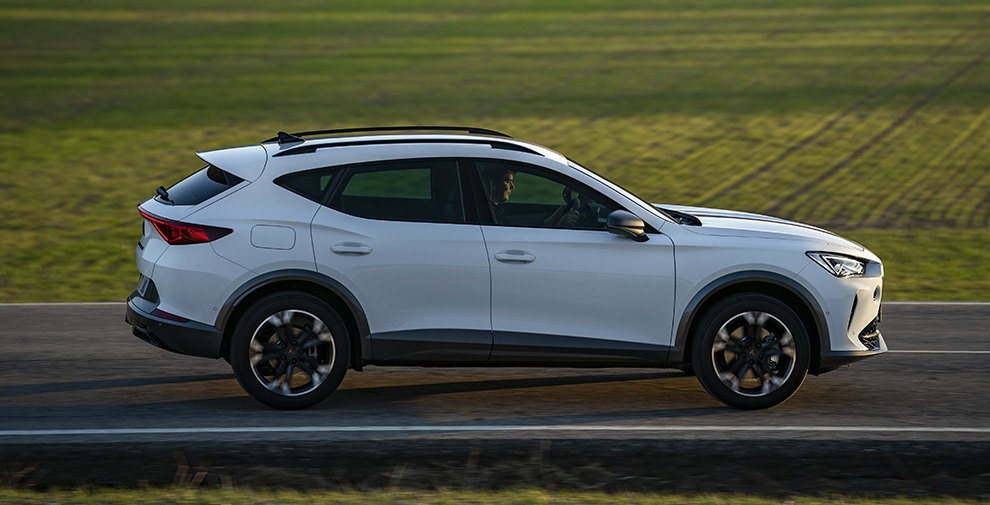 In fact, despite being a basic version, his look is quite aggressive. In fact, it comes standard already with 18 inch wheels, with a sporty front in which the bronze logo, the fog lamps, the air inlets at the ends and the lower part of the sporty bumper give it a non-conservative look.

And the best thing is that once inside there is no space limitation as perhaps someone might think. Unlike. The space for the legs is loose in the rear seats and also for the head, at least for medium-sized passengers like me (1.75 meters).

We round the set with a good indoor environment, since as standard this Formentor 1.5 comes with some sport seats with a very good presence, and for an additional 1,611 euros we can include the buckets with skin, integrated headrests and embroidered Cupra logos. But most of all the quality feeling is more than good in general. 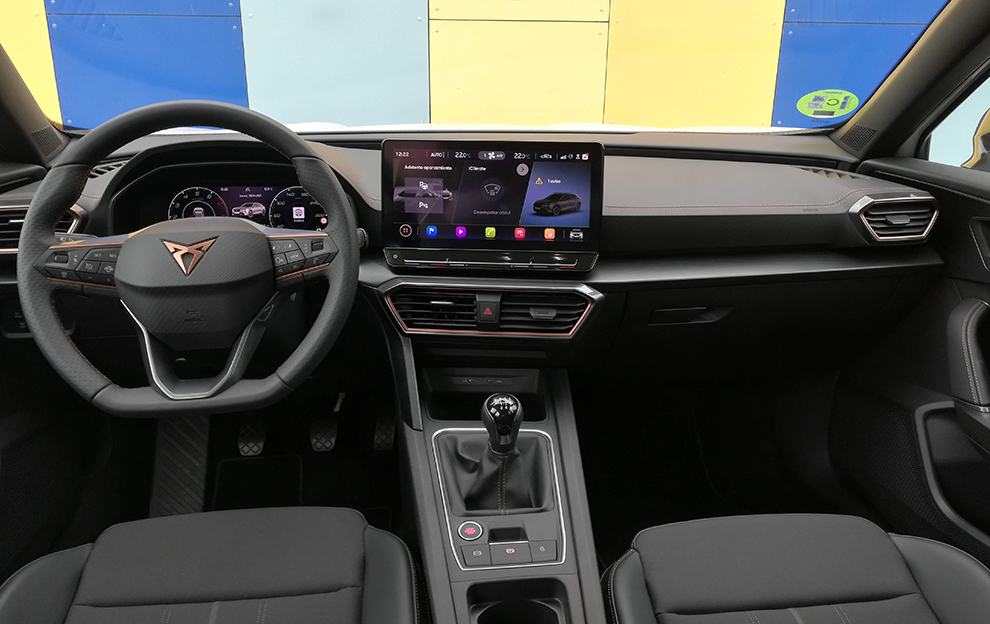 In addition, it adopts the new dashboard for Seat / Cupra more modern, with the digital cockpit and the 12-inch floating screen that takes center stage indoors. In addition, it is quite well thought out, with different display options but always with icons to select the very large and separated menus. It is one of the most intuitive we’ve seen in the last few months.

Before driving the Formentor ‘basic’ I had the opportunity to try the other end of the range, the 310 horsepower VZ (The wild 390hp five-cylinder is not for sale yet.) And, of course, the emotion that the ‘fat’ Cupra transmits left me with such good memories that it has now become little to me.

But, doing an exercise in abstraction regarding the sports version and thinking more about what expectations I would have if it were the first Formentor I had tried, the conclusion is totally different. It is true that the 150 hp 1.5 TSi is not a locomotive at full steam like the VZ, which does not sound as gruff as that (its additional Cupra mode causes a sound in the cabin that poisons you) and that dynamically it is not so fine, but it fulfills… and how it complies. 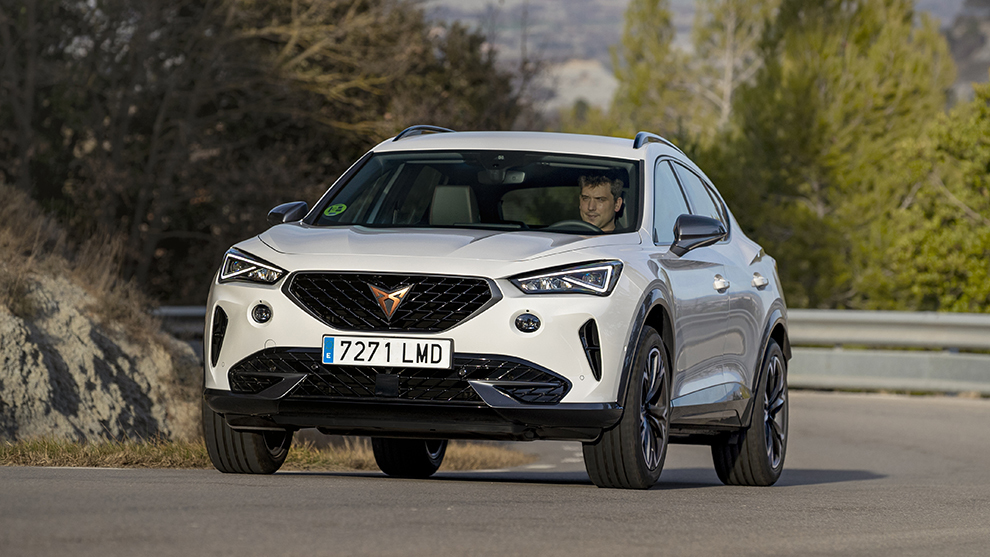 The chassis is comfortable enough so that no companion complains, but it will also allow us to make a show on a more winding road. Steering is precise when cornering and the sensation it transmits is closer to that of a Lion than that of an Ateca, without any doubt. It surely has the fair degree of sportiness for an average driver, although if you are one of those who seek more emotions, your Formentor will need something more character than this.

The engine pushes enough so as not to leave us wanting a better response even in more critical situations, such as overtaking on conventional roads. In addition, consumption will be kept at reasonable figures, we will comfortably leave you below 7 liters… not like it happens with the VZ, which dangerously always hovered around two figures … 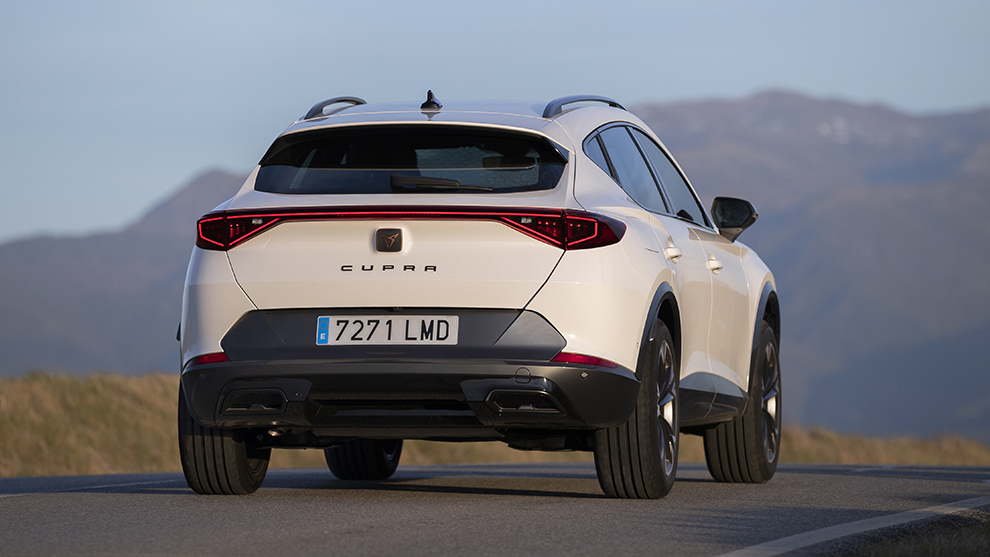 And we arrive possibly at what many will find as one of the main shortcomings the car: the scarce – at least in our opinion – possibilities of playing with the optional and the elements of customization.

In fact, removing colors, rims and seats, we can hardly add to our Formentor the knee airbag (353 euros), the anti-theft alarm (322) and the precolysis assistant (156). Options that are also light and some -especially the last one- could come as standard without fear of asking us.

It is true that there equipment packs available (Sound and Shine, with an accent on the audio systems and the sunroof and Tech, which offers a navigator, internet access, rear camera and parking and lane change assistants), but the Formentor seems to us a car that can be very inclined to personalize it, and maybe there it leaves us a little short of possibilities. Although perhaps to others, who do not want to get so complicated when playing with options, it seems a virtue … 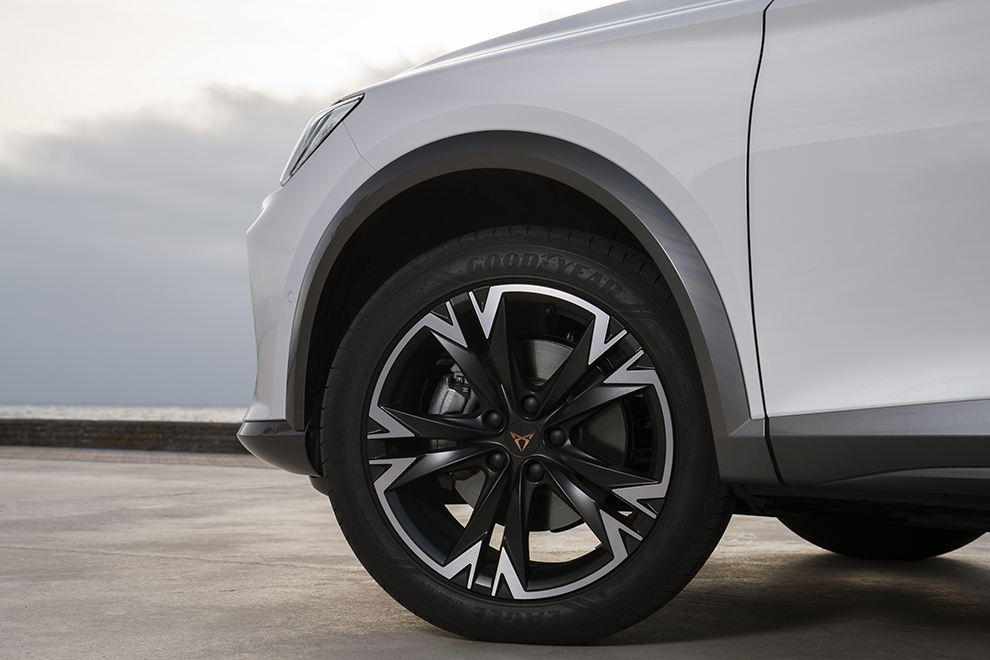 Where we believe there will be unanimity is in the feeling that we are a fairly round product. The Formentor will conquer those who want a very high dynamism if they opt for the sports versions and with this access variant also satisfy those who have entered through the eyes…