Little Nightmares 2 has a simple but ambitious goal: to surpass the previous installment. For this, he is going to use a lot of imagination to raise his nightmares, but also talent when it comes to raising his gameplay and setting. Do you dare to meet him? Well, come to one of your nightmares, we have already played it.

Someone once told me that 50% of a horror video game was sound. Turning off the lights and putting on some good headphones is something that guarantees you to enjoy these experiences to the fullest. I think the Little Nightmares 2 developers will agree with this statement, because the ambientation they have achieved is as good as the one we had with the first video game. It may even be superior …

A disturbing soundtrack accompanied my fearful steps through a hospital of strange amputated mannequins. It is another of the surreal nightmares that the Swedish developer has prepared for us. The light was almost non-existent, and sometimes my only alternative was to guide myself with the light of a small flashlight. By my side I almost always had Six (protagonist of the previous game), although not always, giving an even more lonely feeling to a game that lasted over time. In a first attempt it took me almost an hour to complete this passage. With everything known, I tried again and it took me no more than 20 minutes. It is a significant piece of information.

I entertained myself in the odd puzzle and lost my life on many occasions. I was warned. The creators told me that it was an advanced game, but it did not matter … I am clear that it will be a challenging game, and that’s fine. Don’t you dive deeper when something is challenging? This sequel also plays with that, with plunging you fully into its nightmares full of traps and puzzles. Also of confrontations with enemies. Anyway, I can’t be more satisfied with what I’ve tried, and I have no doubts that I’ll be there from day one to play it. But wait, let me first tell you how my nightmare was.

Inside the mannequin hospital

I am clear that it will be a challenging gameThe demo that Bandai Namco offered us took place in a hospital. How typical, right? I thought the same thing. But nevertheless, this is about surprising you with nightmares, and you know what the subconscious is like: unpredictable. There were mannequins everywhere, most of them wrecked, with amputations everywhere. A mannequin slaughterhouse, one could say, more than a hospital facility. There were corridors with arms, legs, and torsos piled high. A holocaust of plastic dolls … but they came to life.

One of the most spectacular parts of this demo occurred in a room full of these “patients.” Remember, our characters are tiny compared to the setting, so soon this turned into a monster chase against dwarves. Strategically deployed on the stage, always in silence, awaiting my arrival, they were alerted when I passed by them and came swiftly to crush me with their plastic hands. I lost my life over and over again. I tried different strategies, but nothing worked. I don’t know how many times I lost my life, until I remembered that I was carrying a flashlight. What an idiot! 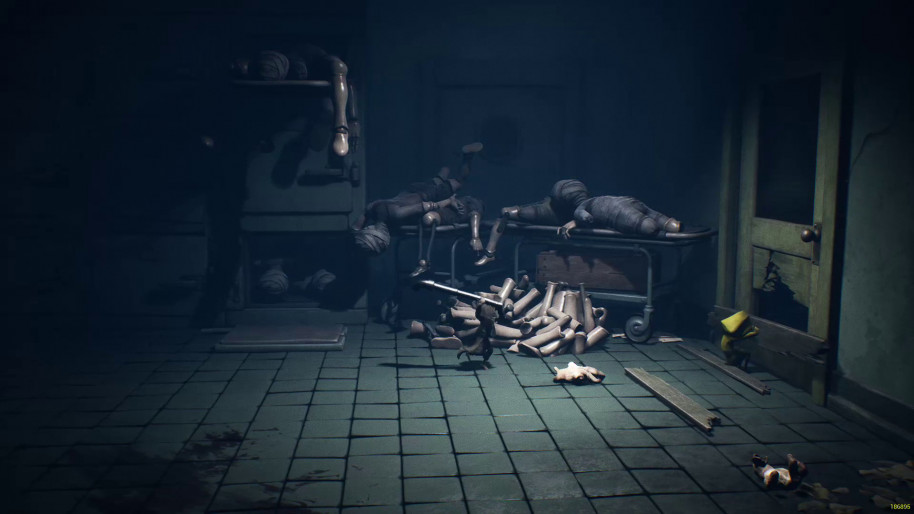 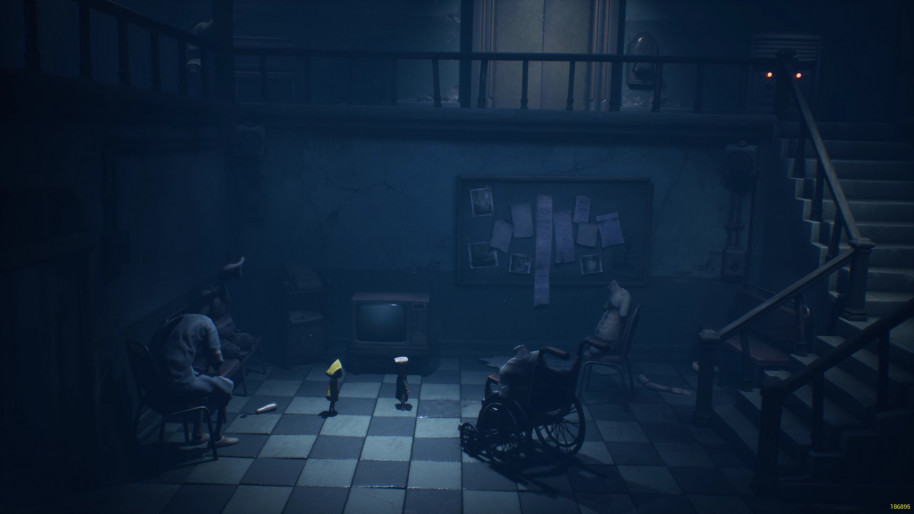 The flashlight serves to give you more information about the scenarios, usually in the dark, but in this case it also served to immobilize the mannequins, since they could only move in the dark. Targeting them was necessary to make them stop, but you still had to be careful, because they were everywhere. That feeling of being surrounded is what I remember best about this demo. That and the subsequent sequence, in which dozens of arms tried to catch up with me as I ran down a hallway. There was no time to even look back, and this game is sometimes about that.

It is linear, but necessarily linear. Its different sections are interconnected in a progress that is sometimes calmer, sometimes more frantic. There are more playable parts, others more cinematic. And in between: scares You jump out of the seat from time to time, startled by some noise or appearance. In this demonstration I have found a good balance of everything already discussed. Of course, there is a lot of exploration too, with parts in which nothing especially happens, but that serve to position you, to realize where you have gotten into …

And as I said, there are also fighting. In his own way, of course. Do not expect firearms or fists at close range. The playable scheme is very contextual, and on stage you will come across things like a hammer or a pipe, which happened to be there. Due to my size, I could barely drag them across the ground, but with some effort they could be lifted up to deliver hard blows to a very elusive hand. Yes, one of the enemies you face is a hand that has been stripped from one of the mannequins. 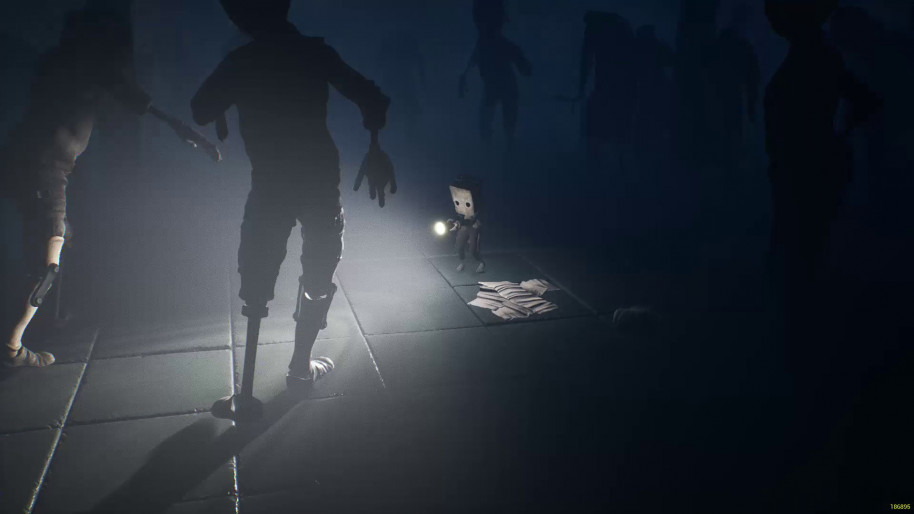 Little Nightmares sequel looks as good or better than the first gameThis is a nightmare, anything goes. And yes, it is very creepy. Overall, this helped me to locate the generators needed to activate the elevator that took me to the lower level of the hospital. I thought the demo ended here. On the one hand, well, it didn’t look very nice. On the other hand, bad, I was actually having a great time. The fact is that the demo continued. Indeed, it was the feared: a morgue with mannequins piled high. The scene was paradoxically beautiful, with a long corridor dimly lit by my flashlight. 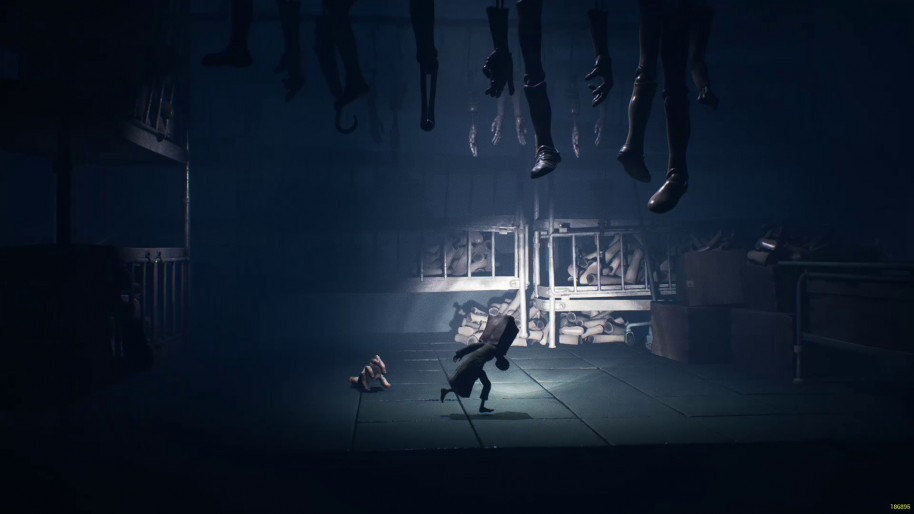 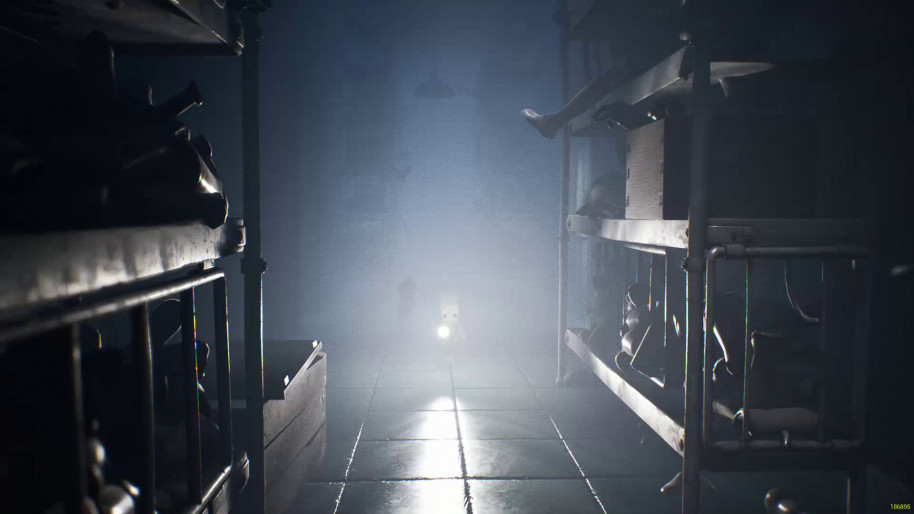 One of the best things about Little Nightmares 2 is its lighting setting. Even though the modeling is no wonder, the use of light is so masterful that each scene is highly immersive. This is essential to understand the game, as well as being aware that you have to play it in the dark. Otherwise, you will be missing some of the magic of the game. Although it has not seemed the most terrifying thing that exists, it does know how to put you in its little world of nightmares … and that has a lot of merit.

I tested it on a PC with the manufacturer’s recommended requirements, and it looks as good as we show you in this video. Very good performance, no jerks, and an overall quality finish. The Swedish company Tarsier Studios It has shown me again that there is talent here, and that above all there is no reason to think that this could go wrong. Rather the opposite: it promises to be longer and bigger. So the Little Nightmares sequel looks as good or better than the first game, but this is something we’ll find out later as the February 2011 release date approaches.