Not all the computers in demand may be selling, but the Electronic component supply crisis is putting many industries in check.

We have spoken with three Spanish companies that depend on these components to manufacture their products and the picture they paint is shocking: Waiting times to receive products that last almost a year and skyrocketing prices that cause a real war between the distributors of components to take control of small batches of these materials.

This is how companies such as Airzone (specialized in air conditioning), Insyte (which develops and maintains telecommunications facilities) and Tedisa (a company that provides engineering services) confront each other. one of the biggest crisis in component electronics.

The uncertainty of not having delivery deadlines

Although Tedisa points out that since March they began to have problems, especially related to the manufacture of respirators, the large Problems in the supply of electronic components began to be noticed at the end of last year, about November. If until then the delivery times were between eight and twelve weeks, they began to double until they reached 25.

“Now it is not that they have increased even more, it is that directly there are no deadlines”, Explains Salvador García, director of purchasing and logistics at Airzone. “There are no pieces on the market,” he says.

In your case, the two components whose lack of availability is affecting you the most are a temperature and humidity sensor and a microcontroller. The first is the Silicon Lab SI7030. Orders placed today will take 20 weeks to arrive. Only this Spanish company demands about 150,000 units a year.

Meanwhile, the Kinetix MK70 is one of those worst delivery times: 52 weeks. That is, one year. And, according to García, it has reached the 60-week deadline. 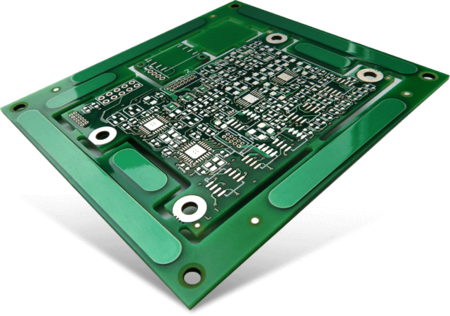 The problem, furthermore, is that there is no stock of all these products. García explains that, to have their products for sale, a whole production chain is involved and that they always try to have stock in each of these steps. “We usually have components in stock for a week of manufacture, which is about 2000 units,” he explains, adding that at the moment they do not have any units.

Sergio Álvarez, an industrial engineer at Tedisa, explains that in his case they tend to work with many clients with an annual and planned sales forecast, which is why they had “placed orders for products that we were going to manufacture nine months or even 12 months before.” Thanks to this, these projects are still viable, but he acknowledges that for the new ones “we are having problems. All orders that were not processed, this excess demand cannot be guaranteed”. Something that “generates delays in the ongoing project and that new projects cannot be started, in addition to price increases.”

Raquel Rodríguez is the general director of Insyte and assures that she had not seen a similar situation in the market. Not even with the nuclear disaster in Japan or the earthquake in Taiwan. “Since last year we have been having problems with transport from China, which has caused an increase in costs. The biggest problem is that we don’t see an end date for that situation, which is being very critical. If we stop production, there are many more industries and companies that will be affected ”, he explains.

In his opinion, memories, micro and accelerators are the components whose situation is most dramatic. Depending on each of them, prices are multiplying by up to 35%. “We could even double its cost if we continue with this excess demand and low supply,” he calculates.

Salvador García details at this point that the cheaper the price of the component, the greater the multiplier effect. “A resistance that costs a thousandth of a euro, now you pay for it at a penny. The number of capacitors purchased is very high, so the price multiplies and ends up having an impact on the total cost of the product ”, he explains. 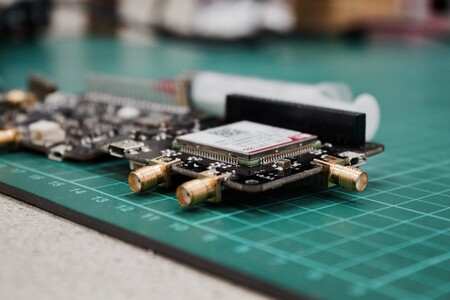 In addition, Raquel Rodríguez explains that a real war is taking place in the distribution to get even small batches of units, for which a very high price is paid. “In some cases exorbitant prices are being paid”, He assures. Thus, for example, he tells us that his company had to buy a product for 14 euros per unit that they normally buy for two or three euros. “The penalty of not having your product is greater than paying that extra price for that component”, He details. In these cases, the company tries to distribute this extra cost among all the members of the production chain.

Change components and talk to the customer

What to do in this situation in which you cannot make forecasts and the plans go to waste?

Airzone claims to have taken several measures. One of them is that the engineering department stops developing new products and dedicates itself to looking for solutions, for example, modifications in the software so that the firmware accepts the new semiconductors.

“We have not yet had to stop producing a product, but there have been several days that we could not manufacture them as we did not have stock and could not place orders in a week,” he explains. According to your data, If before an order was served in 48 hours, now the average is six days.

This, like what happens to Raquel Rodríguez’s company, ends up being a problem in the relationship with the client. “Some of them did not understand at first these delays in delivery times or the increase in costs,” explains García.

Rodríguez also acknowledges that speak with the client to renegotiate deadlines and costs. “If the costs are small, we can absorb them ourselves so as not to lose orders, but sometimes we have to involve the customer,” he explains, adding that they have not come to paralyze manufacturing, an issue that is most worrying. “Everyone is understanding that prices are going up, but if I don’t have material, I can’t deliver, I have to stop the factory, ask the employees to take vacations … not to mention a possible ERTE; with all that this means for a company ”, he laments. 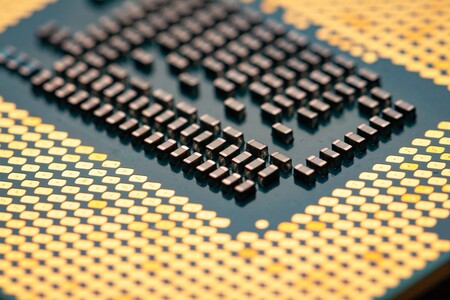 The one who also decides to speak with the client in the face of this price increase is Sergio Álvarez. “It is time to evaluate case by case. This price hike upsets all parts of the chain. We all have an impact and in the end there is always the final consumer”, He details.

Álvarez also details that this situation has led them to make recurring an option that is normally secondary: the purchase from more expensive sources than the usual distribution.

In addition to the usual wholesalers, with whom large purchase volumes are agreed, there are other types of companies, such as Farnell, which have a much smaller stock and, generally, more expensive. “It is not that it is extraordinary to buy from these sources, but now it has become more recurrent”, He confesses.

However, this is also generating another indirect consequence, since those who make short production runs often turn to these distributors to buy the components rather than to the large wholesalers. “If we go to these alternative sources, we are also leaving these other manufacturers out of stock”, He reflects.

For these three affected, the solution is not easy because it comes from the roots, from the manufacture itself.

“There has been a excessive concentration in Asian areas“Reflects Rodríguez, for whom” we depend too much on China, which has bought mines in Africa and are the leaders in raw materials. ” He believes that the logical thing is that there were factories in other parts of the world, promoting a reindustrialization of Europe. “The know-how, the designs, are made between Europe and the United States, but the manufactures are made in Asia,” he explains.

“If it were a single problem or something specific, there could be a simple solution, but there are a number of nested problems. If it were only a lack of silicon, the forecast could be improved. But the coronavirus, with a first half of 2020 with recurring cancellations and delaying orders and purchases; an increase in sales due to a pandemic that is not expected to sustain it; the fear of rising prices or speculation … all this makes it escape the control of the solution. And all these factors do is make the problem even more entrenched, ”García says.

The horizon, for the moment, does not seem promising either. “The latest valuations tell us that until the last quarter of 2022 we could be like this,” says the general director of Insyte, concerned. “We hope that it is not so. It would mean spending two years with this situation … it would be untenable”.