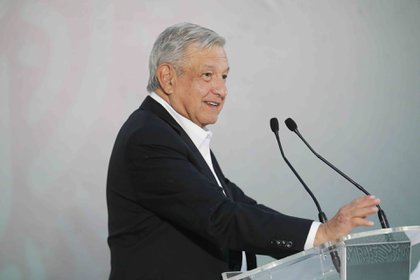 López Obrador clarified that the vaccine is not given away because it is purchased with a public budget (Photo: Cuartoscuro)

During his visit in Hermosillo, Sonora, the president Andrés Manuel López Obrador made a call to countries where pharmaceutical companies are based that produce the vaccines against coronavirusCOVID-19) to be solidarity and fraternal with nations that do not have access to them.

He recalled that months ago he raised both G-20 as well as the United Nations (UN) General Assembly, a equitable distribution of the biological to avoid hoarding; however, that is how it happened.

And it is that he assured that of 200 countries, only 80 can buy vaccines and in other nations, they are even forcing pharmaceutical companies not to export biologics.

It seems that we act like prophets, because what is happening. About 200 countries in the world today only have access to 80 vaccine, 120 countries do not have a single dose. And of those 80 that have vaccines, 10 account for 80% of all vaccines 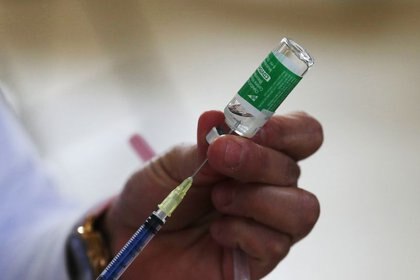 A health worker prepares a dose of the AstraZeneca vaccine against COVID-19 in Mexico City (Photo: .)

“There are even countries that are forcing their laboratories, their pharmaceutical companies, not to export the vaccine; just be for them. They forget that we must be fraternal, supportive, they forget that above all there must be universal brotherhood “, he warned.

At the national level, he reiterated that the biological will be applied universally and free of charge, although he clarified that it is not given away because it is purchased with a public budget, built with the taxes that Mexicans pay.

In this sense, he said that they are working on get multiple brands of vaccines so that a single day is no longer supplied until the health crisis ends. “We will not miss the vaccine […] The little light that is seen at the end of the tunnel “, declared

On the other hand, he took the opportunity to accuse that big pharma in Mexico they maintain a campaign against his government, because he withdrew the monopoly they kept on the sale of medicines for treating children with cancer. 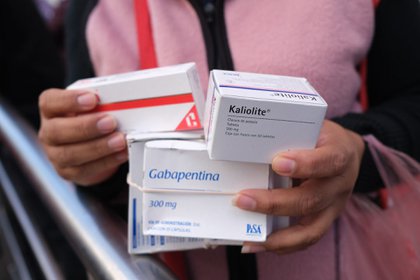 Some medicines for treating children with cancer (Photo: Cuartoscuro)

Look, we’ve been here for more than two years, I was still president-elect that I realized that these companies had control, everything related to the sale of medicines. Medicines could not be imported, everything had to be bought here to give it preference & nbsp; these monopolies. So we opened to buy medicines in Germany, in England, in the United States, in Argentina, in India, well it has cost us a lot, not economically, but because of the blockade and interference of these monopolies

He even indicated that pharmaceutical companies they had officials working within the Federal Commission for the Protection against Sanitary Risks (Cofepris), to ensure their interests and authorize which drugs to allow and which not.

The laboratories, and these companies that monopolized everything that has to do with medicines, had their representatives in this agency for the regulation of medicines, the Cofepris, the large laboratories, the vested interests were the ones that imposed on the officials, they authorized what drugs to allow and what drug not to allow; so we are cleaning this dependency 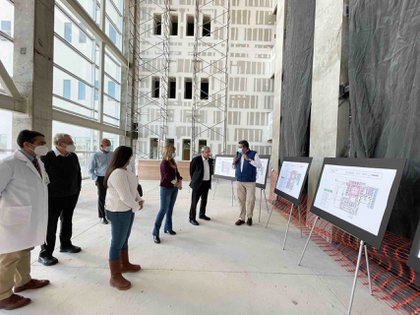 AMLO supervising the construction of the General Hospital of Sonora. He was the only one present without a mask (Photo: Cuartoscuro)

Accompanied by the governor of Sonora, Claudia Pavlovich, and the Secretary of Health, Jorge Alcocer, López Obrador said that in the two years and three months of his administration 82 hospitals have been completed, but clarified that none is new because they are works that they inherited from the previous administration.

The truth is that we have not started any new works, even from the ones we inherited there are works that we will no longer be able to continue, finish, because it is a waste of money (…) We are selecting which ones and which ones, taking care of the budget

By supervising the construction of the General Hospital of Sonora, detailed that there is a progress of 85%, and the total investment will be 1,200 million pesos, of which 800 million have been transferred.

He announced that 800 million pesos are required to equip it, deliver it in June and inaugurate it a month later.

Coronavirus in Mexico February 19: 857 deaths were registered in the last 24 hours The United States and Mexico agreed to extend travel restrictions at the borders