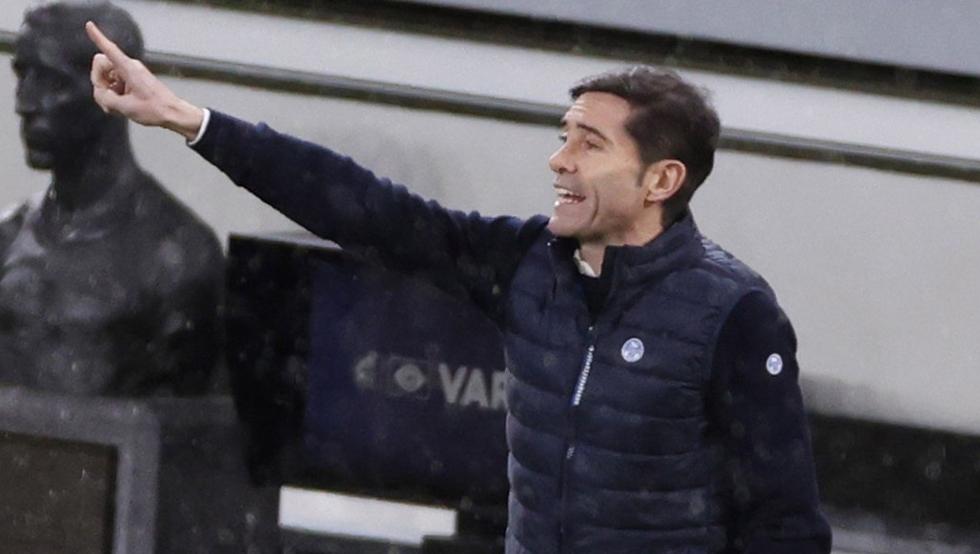 Marcelino He has pointed out in the San Mamés press room that his team deserved to win the game against Villarreal. “We have missed that we were not well the first 20-25 minutes. The rival beat us, but we deserved to win. We had more chances and clearer than the rival. In the second half we had more chances. In the end we have rushed. I am very happy in general with the performance of the team, the pity is that we have not achieved a victory that would have been fair, ”said the Spaniard to the media.

The rojiblanco coach has only made two changes, Cap for Berenguer Y Villalibre for Raul
Garcia. “In the second half we were far superior to Villarreal, we played games and chances to win the game. When things work well you have to give them continuity. Alex had a blow that he received in the execution of the goal and Raul I also had a physical problem ”, he explained. The coach has also stated that Williams has been more unbalanced in the second period regarding his opinion on whether he has lacked physical to finish the match well.

Marcelino he has also added that they cannot make the mistake of letting a player drive almost the entire field as he did Pedraza on the play that ended 0-1. “We had two specific errors that must be avoided. Pedraza He already drove us that caused an occasion and in the second the goal came. We should not have made that mistake and less for the second time. Then we adjusted, ”he added.

Now we have to play the League match against Levante and then the second leg of the Cup semifinal against this same team. Marcelino Just think about the next match: “We have to face each match to win it. It’s true that we can win a title in one game and reach another final in another, but I don’t have that way of thinking as a professional. My idea is to train every day to be better and play every game to win it. The most important thing is the immediate ”.