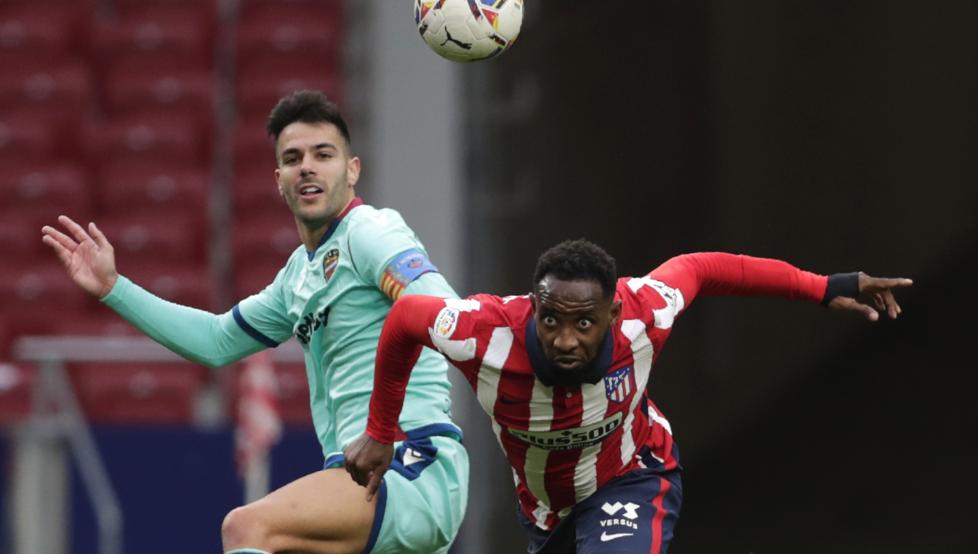 The defender of Raise Rober
Pier assured this Tuesday that the priority for them is Friday’s duel against Athletic Bilbao on the League and that later they will focus on the return of the semifinals of the Cup, also against the Basque team.

“The first thing is the League and we have to focus there. They are two games in a row again against the same rival and you have to try to get the maximum possible: the three points and go to the final, “said Rober Pier to the official Levante media.

The Galician central defender admitted that nobody could imagine that they would get four points in the two games against Atlético de Madrid last week in La Liga.

“The team is very competitive and we always try to give everything against each team, but against the greats it seems that we are better at it and the truth is that it was a feat,” he declared.

Rober Pier was “very satisfied” with last Saturday’s victory at the Wanda and with his individual performance. “I went home very happy for the actions, for the whole game and, above all, for the result,” he said.

The Levante player said that he is already “very well physically and mentally prepared” after having had a period without continuity. “It is a difficult situation for any footballer after having suffered a serious injury. Each game was a test for me and I was a little in the microscope ”, he highlighted.

In addition, Rober Pier underlined the work done by the team’s coach, Paco López, by having “everyone very plugged in” as has been his case. “That is very important and it is what being a competitive team and a united team will give you in the end,” he concluded.