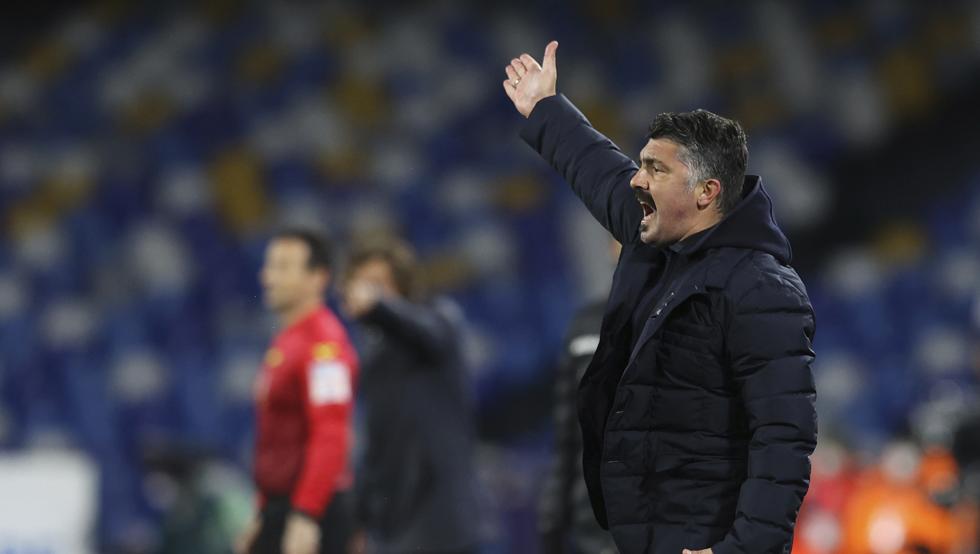 Gennaro Gattuso, technician of Naples, assured this Wednesday that his team cannot cry for the large number of casualties with which he will face this Thursday the first leg of the round of 32 of the Europa League against Granada, which he considers an “atypical Spanish team”.

“We are in an emergency, we know, but we did not come here on vacation. We want to have a great game and a great Naples will be necessary“, He said Gattuso at the press conference prior to the appointment of the Nuevo Los Cármenes stadium. “We cannot cry, we have to face the matches and do it seriously,” added the Italian coach.

The Naples arrives in Granada without being able to count on the Colombian goalkeeper David Ospina, the Greek Kostas Manolas, the Senegalese Kalidou Koulibaly, the Albanian Elseid Hysaj, the Algerian Faouzi Ghoulam, in defense, the German Diego Demme, in the center of the field, nor with the Mexican Hirving Lozano, Belgian Dries Mertens and Andrea Petagna, up front.

Gattuso He barely has fourteen players from the first team to face the Andalusian team, but he does not want this to become an excuse.

“Lozano is an important player for us, last year he had a performance below his possibilities. He is low like many more, but we have Politano, with Insigne who are doing well. We hope to recover many players as soon as possible “, he assured.

The Italian coach also denied that Granada’s lack of experience in European competitions, since Diego Martínez’s men are in their first experience, could be decisive.

“I think it is not a matter of experience. We measure ourselves with a tough team, with clear characteristics. For them it is a great event, we know that we will have to fight. Granada is not easy to face, I have seen how they face the teams technically good, “he explained.

“A provision of character is necessary, but also technical. It is an atypical Spanish team, they know what they have to do, they move with speed and you have to respect them, I would not speak of experience,” he continued.