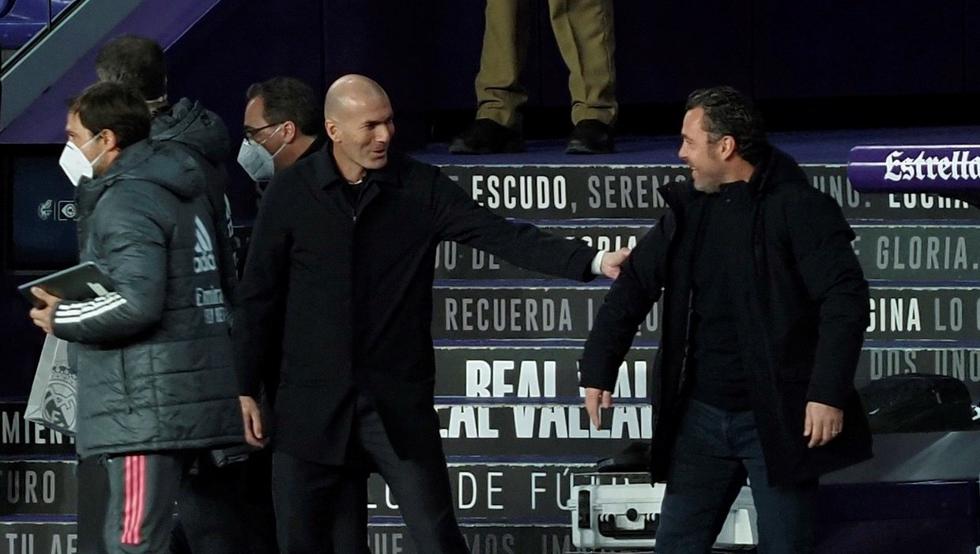 The technician of Valladolid, Sergio
Gonzalez, has assured, after being defeated before the Real
Madrid, that his team had “a good game”, but “sometimes things don’t go the way you want them to and, although they have been excited and energetic, there has been no result.”

“We have not found the way, we have minimized the virtues of Real Madrid, which has not generated occasions in the combinatorial game, but they have taken the victory from set pieces, where we knew that Casemiro and Varane were their focuses, but we could not prevent the last Casemiro’s shot, “he analyzed.

“A good game was played”

In his opinion, they leave this meeting “annoyed”, because “a good game has been played” that has to “reinforce them for the next meeting in Vigo”, although he is aware that “he has not scored points”, which is what it takes to achieve the goal of permanence.

According to the Catalan coach, “Courtois, in the two clear actions that the Real
ValladolidHe has been at a great level “, but he looks at” his own “and, in this sense, he indicated that” he could have refined and finished better. “

“We are leaving without a point, which I think we deserved, so leaving with a good match remains scarce, although I hope to focus it to achieve victory next weekend in Vigo,” he concluded.