In Returnal we are Selene, a worlds explorer astronaut that reaches the planet Atropos, a world that was colonized long ago by another alien race, but of which now only a few remains remain. When we arrive at the planet and our Helios ship enters its atmosphere, the problems begin, the ship loses control and in the end everything ends in a rough and spectacular landing.

But we survive, and we detect a sign that may be our salvation. We began to explore and we found the first of the surprises, a corpse of an astronaut that is none other than Selene herself.

Thus begins Returnal, the new exclusive title for Playstation 5 and developed by the Finnish company Housemarque. It’s about a action game focused on fighting against the many creatures of the planet Atropos that we will have to fight with our pistol or with one of the many weapons that we will find while exploring the mysterious planet.

In this way, little by little, we will advance through the changing environments that we will have to go through over and over again in order to go further and further and thus be able to learn about the history behind our trip.

Over and over we will have to start over

And it is that Returnal has elements of the roguelite type games (in which every time you die you start over from the beginning), but set in motion in a way that blends seamlessly with the game’s story. In this way, every time we die on the planet, we return to the controls of the ship the moment it crashes, and once we return to explore the planet, we find changed scenarios and new challenges.

Each scenario is generated programmatically by making each “iteration” is different from the previous one. Of course, for each “iteration”, we keep some objects which will allow us to have more capabilities to survive in Atropos. For example, we can unlock previously inaccessible areas, or defeat enemies more easily.

Take advantage of all the technical news of Playstation 5

All of this on a planet that is both hostile and open to exploration. With a dark and haunting setting, the game keeps us constantly on the alert waiting for enemies that can appear anywhere and put us in great trouble. All this perfectly brought to life thanks to the care and affection that has been taken by taking great advantage of the technical novelties of the Sony console.

In this way the 3D audio is exploited to perfection making us perceive sounds everywhere and, in fact, it is normal that we intuit the enemies before by sound than by sight. But in addition, the vibration of the controller is also very elaborated, making us perceive directly the sensations that the planet expresses throughout the game. And of course, adaptive triggers are also used so that we differentiate the primary from the secondary firing. 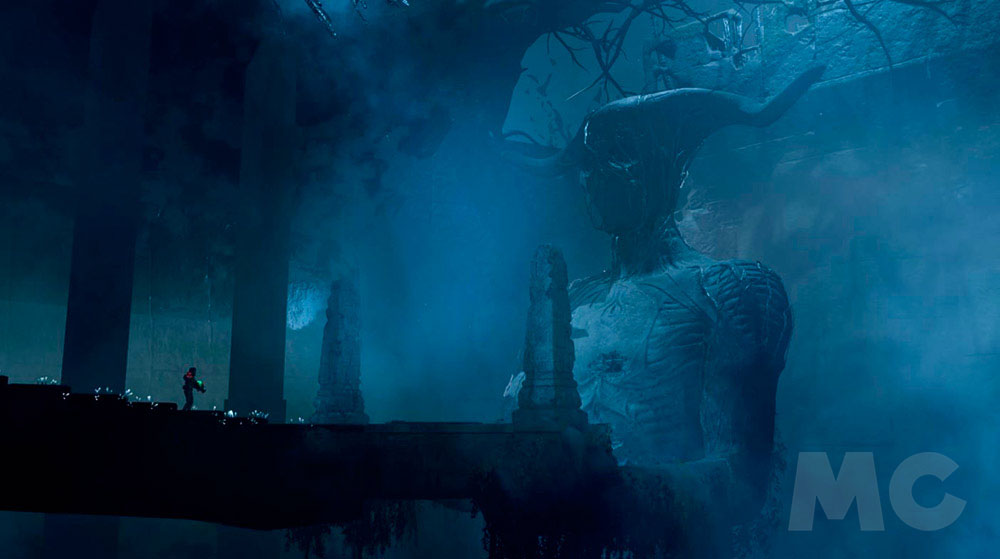 And while we survive this hostile environment, we will discover both its secrets and those of Selene herself, who leaves us recordings of her experiences in previous, or later, iterations. In addition, as if it were a dream, we will find elements of his life before the trip but that are manifested on the planet itself in a distorted and disturbing way.

And all this, in turn, while we discover the history of the previous civilization, we learn its language, as well as we take advantage of its technology, something fundamental to advance in the game.

Regarding the graphic aspect, the game shows a quality leap compared to other titles adapted for Playstation 5. You can see that the game has been developed with the new Sony console in mind, achieving a very acceptable result. It is not that it is a graphic marvel but it perfectly fulfills its mission of creating a dark, mysterious and sometimes overwhelming setting.

However, we are facing a title that can offer us about 15 hours of duration but that we can play again since each time the experience will change. In these hours of play, Returnal offers us intense fighting moments, scenario exploration, typical elements of platform games, and above all an overwhelming story, full of mysteries and surprises that, thanks to its setting, keeps us constantly on edge.

Quite a surprise coming from a totally new game, developed by a relatively small studio and that until now had not launched to produce any major title. Undoubtedly, with this development, they are released in the best way on Playstation 5, also giving the console an exclusive and novel game.

Returnal is available on the PlayStation Store with an official price of 79.99 euros, but if you are interested, you can find it much cheaper in the retail channel taking advantage of Amazon’s launch offer that lowers the price to 63 euros.

Returnal is an amazing title that combines its story with its playability in a very convincing way, all with great moments of action and in a truly immersive environment.