Nobody is aware that the 2020 NBA season has been especially atypical due to the pandemic, as it has happened in many other sports more or less affected by it. The final play-offs were played in a bubble no less than in Disneyland with virtual spectators and with champions who green the laurels of a franchise, the Lakers, that had been waiting too long to continue making history. Even the draft, another great spectacle of sport in the USA, has just been held remotely.

But fans who have not had all the NBA that we would have liked have been the consolation of going down to the court with our favorite players in pavilions full of noisy virtual spectators thanks to simulators like NBA2K21. And thanks to the successive evolutions of the game there is everything: realistic graphics, strategy, team management and the possibility of making a career in the NBA with our own “rookie”.

And it is that since 1999 Visual Concepts has been achieving the perfect basketball game in terms of the precision of the simulation, the movements of the players (some unmistakable and lethal), the visual details of the same (including tattoos) and it is done a great job of updating all of this with periodic downloads of modifications made by the game team when there are changes in the teams with additions or deletions of new players. Does this make 2K21 a great game? Does it represent a significant evolution compared to previous editions? We will see later. 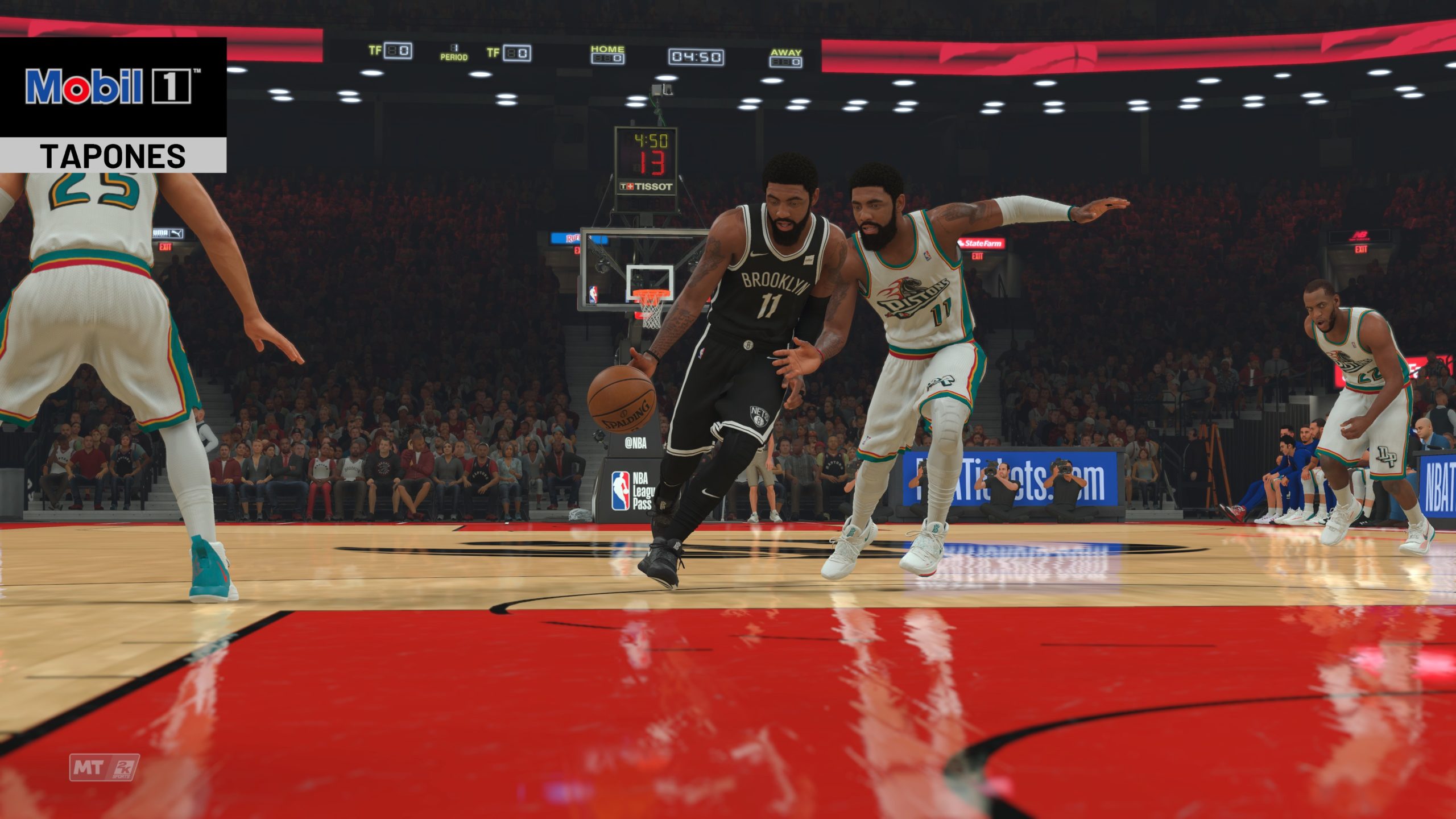 First of all, we are going to talk about the graphics section. There is only one word: spectacular. It continues to be the sports franchise that has put the most care in this section (and that promises to be better with the new generations of consoles) with three-dimensional modeling with exquisite detail.

In addition to the aforementioned custom animations of each player with their peculiarities, realistic pavilions with exceptionally successful lighting and reflection details make it one of the decided strengths of NBA2K21. Not that there are great news and advances in this regard with respect to 2K20 but it was already an excellent game in that regard.

One of the most important aspects of a sports simulation game is precisely the gameplay. In the case of games like NBA2K21 this includes on the one hand the “action”, that is, the gameplay in the games and on the other hand the part of history and manager, in which the interaction is less immediate but also very important.

The main novelty of player control when they are practicing as virtual athletes is the adoption of a new shooting system. Before to hit the basket, the important thing was to control the time, now it is necessary to aim with the stick to achieve a correct shot. This makes hitting more difficult, but above all adds an element of realism and makes it necessary for more experienced players to exercise again, which is a good thing so that it doesn’t seem like “the same thing again.” 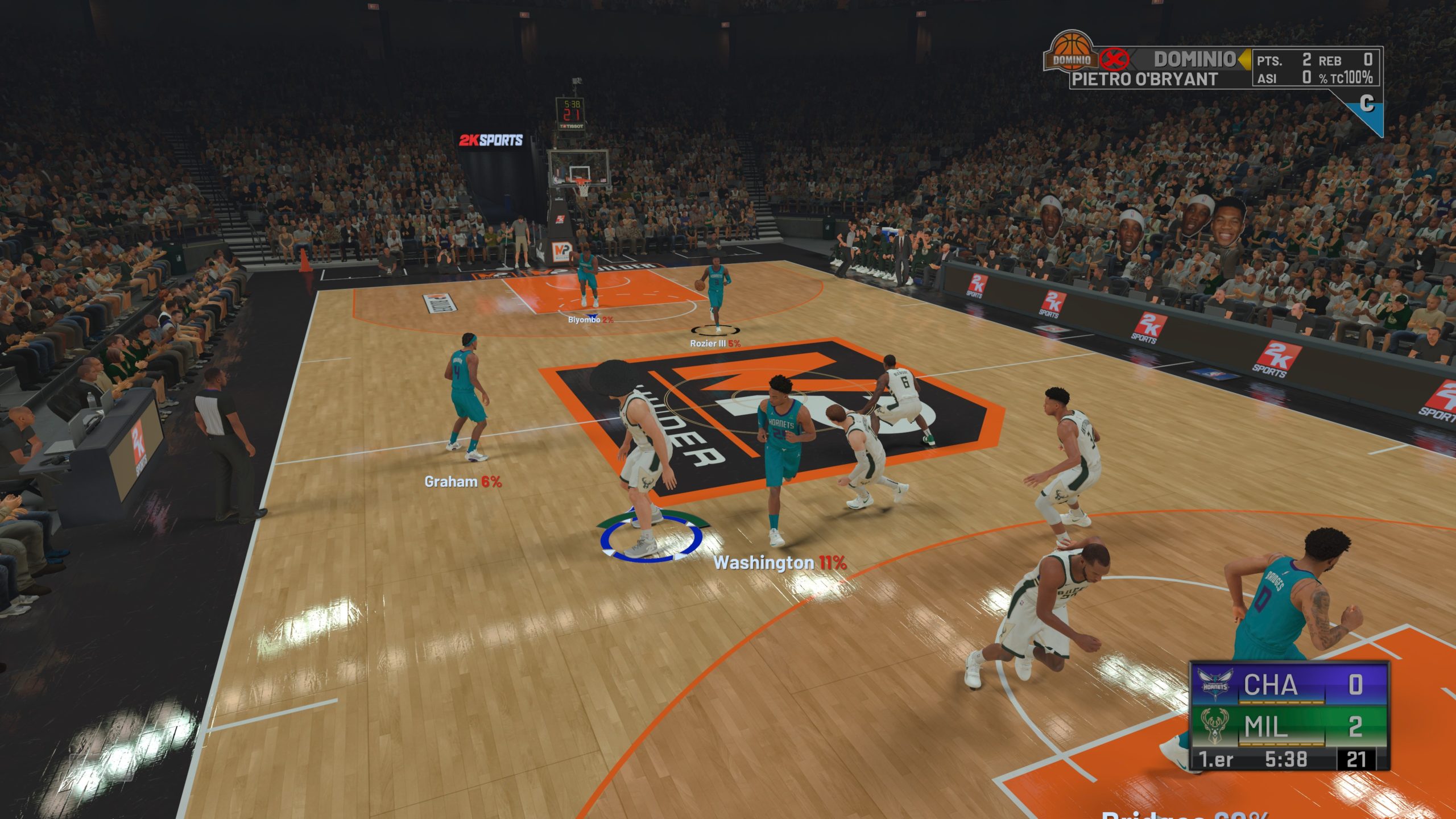 The downside is that it complicates the actions for less experienced players and raises the learning curve. It is an old debate like the world of video games, is it better to raise the difficulty so that mastering the game is a challenge for more expert players or should it be easier for those who are approaching the game for the first time not to get frustrated? The balance is difficult and in my opinion in NBA2K21, and in previous editions, it is quite achieved.

It is true that with regard to the gameplay there are frustrating moments that have not yet been ironed out, such as a 2.16 player near the basket sometimes opting at his own risk to jump back to make an acrobatic shot that we have not taken. asked instead of popping the hoop like it’s supposed to, but these are situations that we don’t encounter often. In general, the game near the basket is what can be considered a pending subject for the most demanding (like me, of course).

Movement on the court

In addition to this addition to the shooting mechanics, new movements have also been added both with and without the ball. We will find them very necessary since the defense applied by the artificial intelligence of the game has also put the batteries from one generation to another and it will be more difficult to find clear shots if we do not handle the art of blocking or searching for spaces. 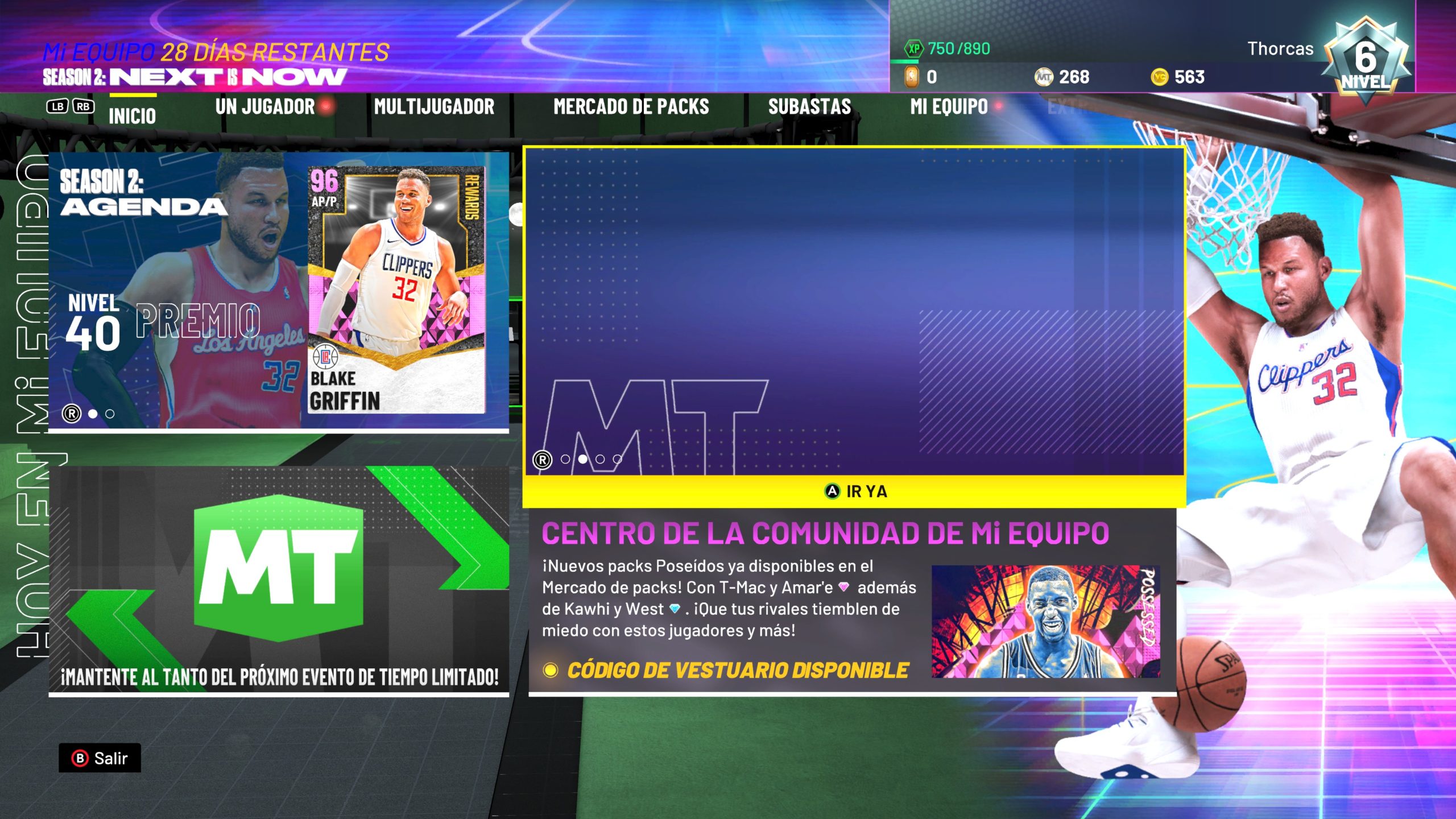 I also liked how the players on my team that controls artificial intelligence are now smarter, for example, making clarifications for players who are good at one-on-one or coming out of the blocks to ask for the ball and take free shots. In general, small contributions that make the game rounder if possible in the simulations.

But another of the workhorses of this franchise is undoubtedly the career mode, in which we design our own player and accompany him throughout his journey from high school to his professional career in the NBA. In this edition the story is more complex and totally new, with interesting “extras” that intervene in the key moments of our player’s career as if it were a real movie (and in fact this is how it is conceived in the game). 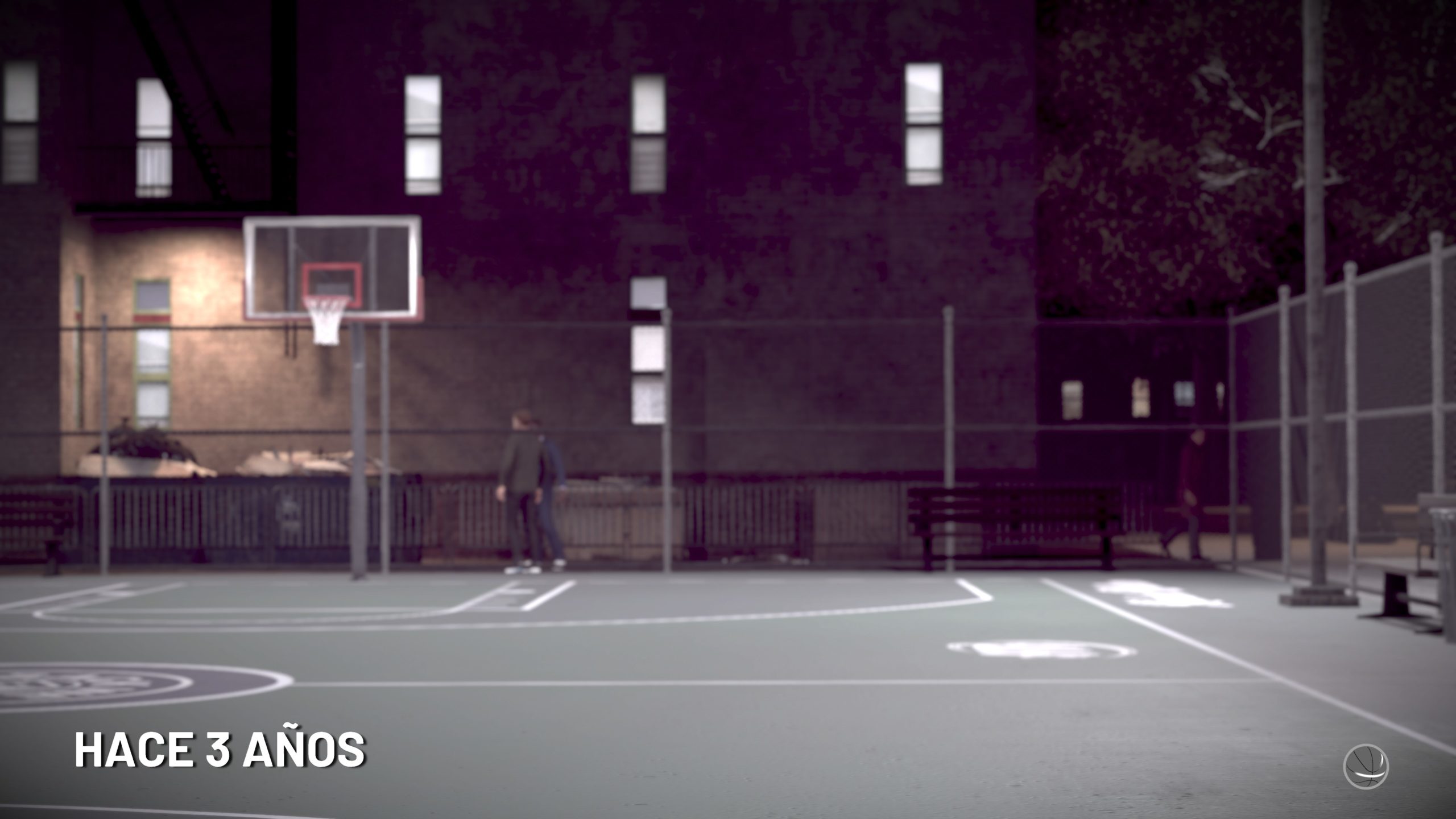 In this edition the story called “The long shadow” has been incorporated in which the young player has to triumph in the shadow of his father, a deceased successful player. There are times for all tastes, especially in high school, when our choices will determine the future of our player in the professional league.

At all times we can develop certain skills of our player with training and games, but unfortunately there is also a shortcut and that is to use the micropayments that are available throughout the game. The fact is that personally it does not seem balanced to me, it is much more expensive to develop skills through the game than paying our pound of meat to the greedy game developer and that can be really frustrating (especially for greedy players like the one who subscribes). 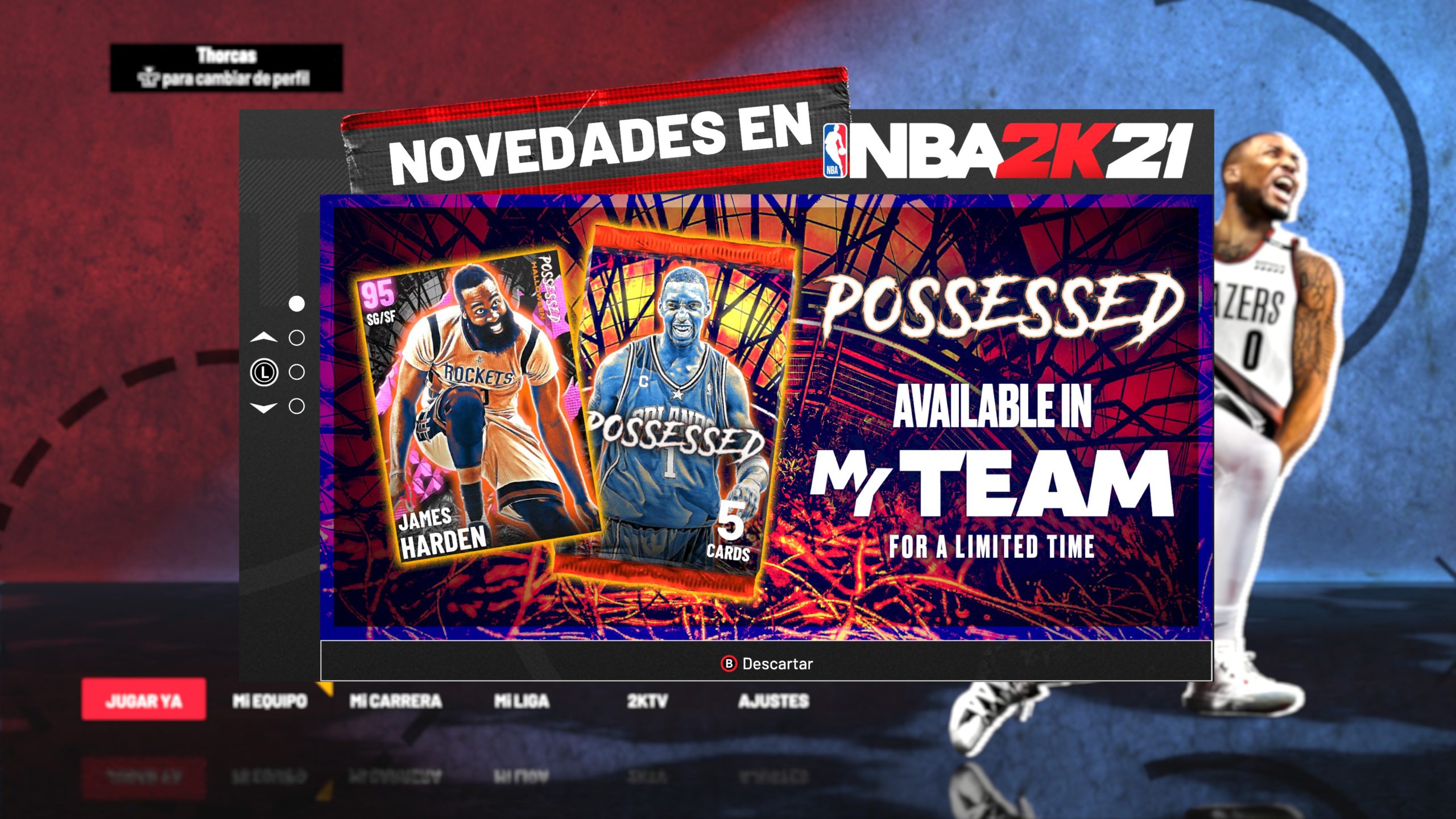 The General Manager mode is really fun and puts in our hands the control of a professional team to manage their destinations by buying, selling or exchanging players with other franchises. My Team mode is also a lot of fun with a constantly updated card game (for example with special cards for events like Halloween). We can evolve the players and the team with these cards or exchange them. Here too there is an obvious imbalance if we decide to use money to evolve our team.

Of course, another of the game’s strengths, especially for nostalgic people as a server, is the possibility of using historical players and teams for real or imagined skirmishes between teams of yesteryear or facing current teams for spectacular dream duels. In addition, teams from the professional women’s league have been incorporated to add new possibilities.

The 2K21 continues to offer everything that we have been passionate about in this professional basketball simulation franchise from the USA: a very careful simulation and very good gameplay. The graphics are excellent and it is surprising how we can recognize the movements and even the gestures of more and more players, not just the most prominent stars. 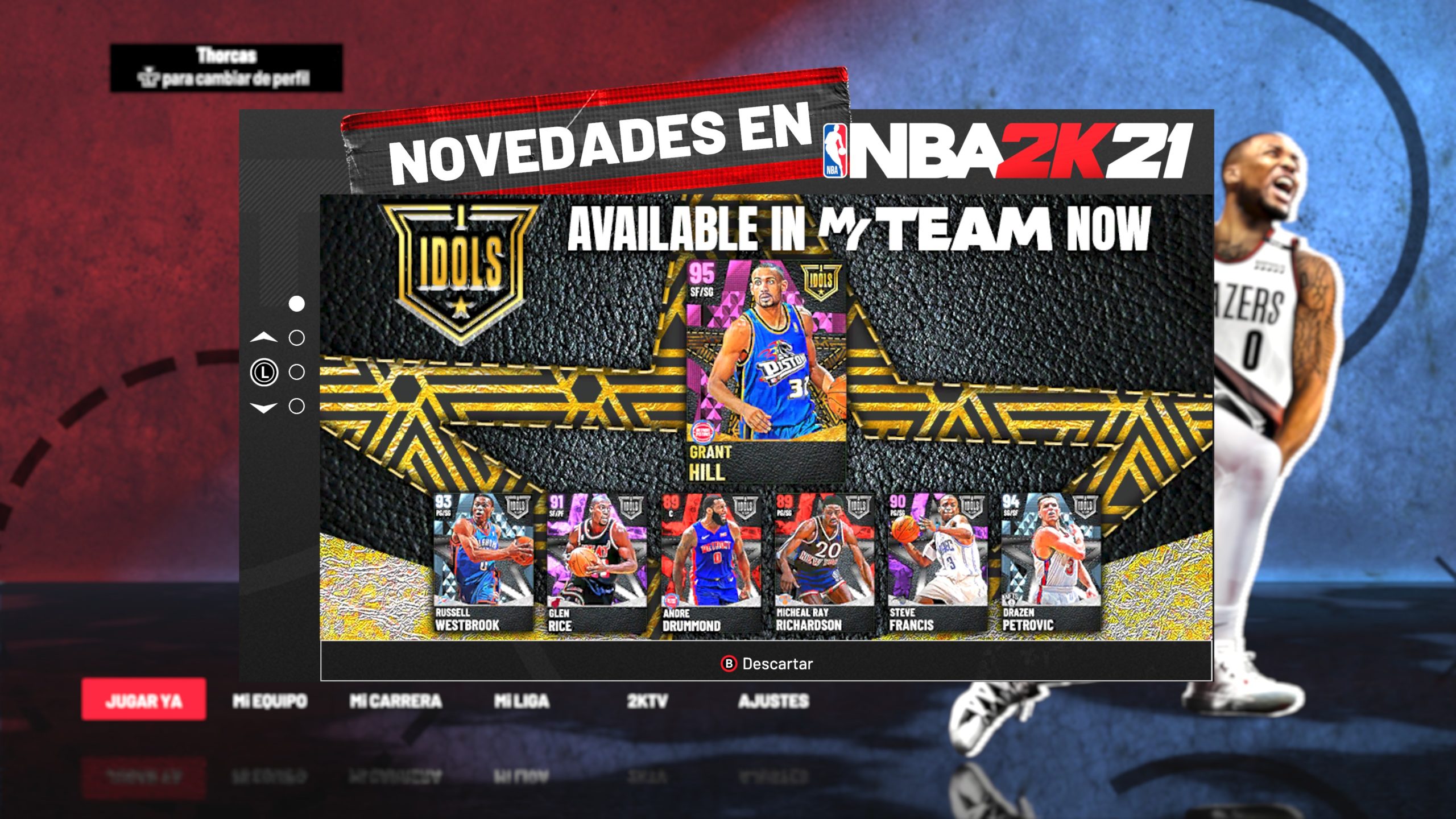 It is true that in this sense there have not been great evolutions, but following the established line is not bad and the contributions that have been made are worth it. The gameplay has complicated a bit but it has convinced us, although it will take time to master it, the reward is great. Small touches to improve such as the illogical behavior of the players in some situations, especially in the low post, or the scourge of micropayments inherited from mobile applications that does not seem to have an immediate solution, because it has become quite a fad .

NBA2K21 is available on its website and in the specialized retail channel. On amazon discounted for 55 euros.

The NBA2K saga has a new and worthy successor that, although it does not revolutionize in any of the aspects, has evolved some in a sensible way. Too bad about the obsession to get money from the player so that he can evolve significantly.