It has been almost 700 days since the last race of W Series, but on Saturday the lights will go out on an exciting new season.

This year the female-only championship will share the global stage with Formula 1 as it provides eight support races at grand prix weekends.

Britain’s Jamie Chadwick will be looking to defend her crown, having secured the title in the last race of the season at Brands Hatch and the $500,000 (£400,000) prize money.

The championship was formed in 2018 to improve the visibility of women in motorsport. It sees 18 drivers from 12 countries compete in Formula 3-level racing and, unlike some other motorsports, the playing field is level.

It uses Tatuus T-318 F3 cars, all of which are mechanically identical to remove any advantage.

Chadwick, currently racing in Extreme E, is one of five British drivers taking part this year.

“What W Series achieved in its first year was pretty remarkable and, from my perspective, it really did give me a massive platform which I wouldn’t have had,” she said.

Like most sports, W Series fell victim to the coronavirus pandemic in 2020, but adapted by setting up its own esports league which was won by Dutch driver Beitske Visser.

There are valuable super-licence points up for grabs this year, with the series winner earning 15 points, 12 for second and 10 for third.

The total needed to race in F1 is 40 points over a three-year period, with 25 needed for practice sessions.

The same Tatuus F3 cars are racing but instead of their uniformed branding, this year some of the cars will be run by independent teams – including London’s Veloce Racing, who will have Chadwick as a driver.

The season, which has also expanded from six races to eight, begins on 26 June at the Styrian Grand Prix in Austria.

If 2019 is anything to go by, expect a fiercely competitive field and a lot of close battles.

Here are some of the drivers to watch: 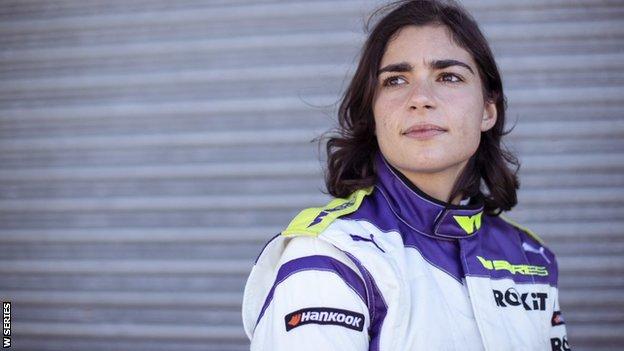 Jamie Chadwick is a William’s Racing F1 development driver, a role she has held for the past three years

Defending champion Chadwick who is currently racing in Extreme E racer, also for Veloce, says her goal is to win the championship for a second time, but she is under no illusions about how difficult the task will be.

“The depth of the field and the competitiveness is going to be much higher this year,” she said.

“People know what to expect a bit more now, so it’s not going to be quite as much of a shock. Everyone will try and hit the ground running.” 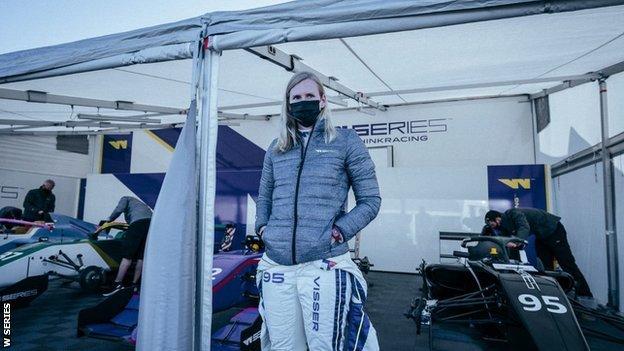 The 2019 runner-up will be looking to go one better this season.

Visser is currently racing LMP2 in the World Endurance Championship in an all-female team alongside Sophia Floersch and Tatiania Calderon.

She believes she has what it takes to win the championship.

“You always aim to improve and I only have one spot to improve, so that’s the goal but it won’t be easy.” 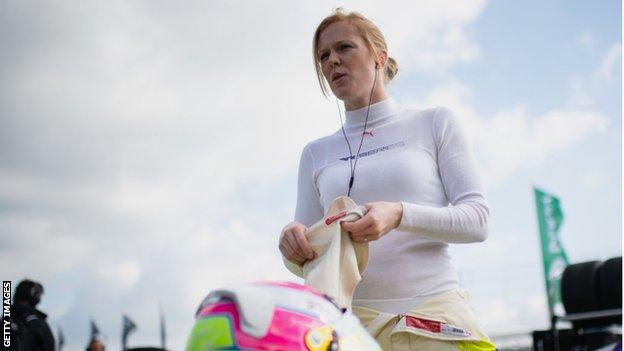 In 2010, Alice Powell became the first woman to win a Formula Renault championship

Hindered by two retirements in the middle of the 2019 season, Powell still finished third overall.

“It’s going to be harder and there are going to be more battles up the front than we saw in 2019.” 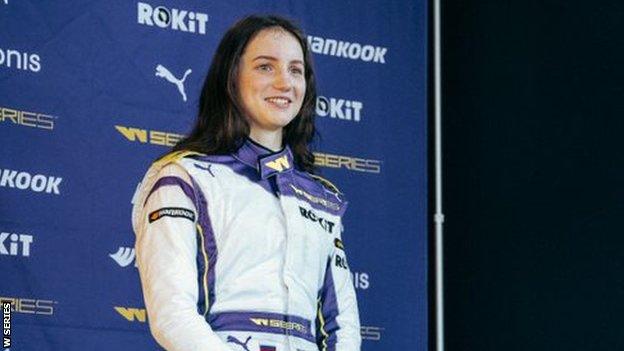 The youngest driver on the grid, Sidorkova has been racing since she was seven and was most recently in action in the F3 Asian Championship.

She feels W Series is a great platform to promote female drivers.

“We have had four days of testing with W Series, our own engineers showing us how to get the best out of the car, drivers coaches and how to deal with the media – it’s a super boost for my career.

“To become an F1 driver is my dream so I’m preparing hard and will do what I can to get there,” added Sidorkova.

26 June – Spielberg, Austria (in support of the Styrian Grand Prix)

3 July – Spielberg, Austria (in support of the Austrian Grand Prix)