The car that you currently have on your screen is much more important than it seems. It is not just another prototype, it is the prototype that represents the future of Volvo, both at the design level and at the product development level. Releases a new design language and tells us what Volvo cars will be like, whose future goes through an absolute electrification. From the year 2030 all of its cars will be electric, and they will all have something of this prototype in their DNA. Without further ado, let’s get to know it a little more in depth.

The Volvo Recharge Concept builds on a new modular platform for electric cars, whose name has not been announced. To date, all Volvo electrics are first-generation vehicles, built on a platform initially conceived for propulsion vehicles, or at most plug-in vehicles. Using a platform dedicated to electric cars, the battery is housed under the cabin. The wheelbase is lengthened and the living space is maximized compared to a traditional car. 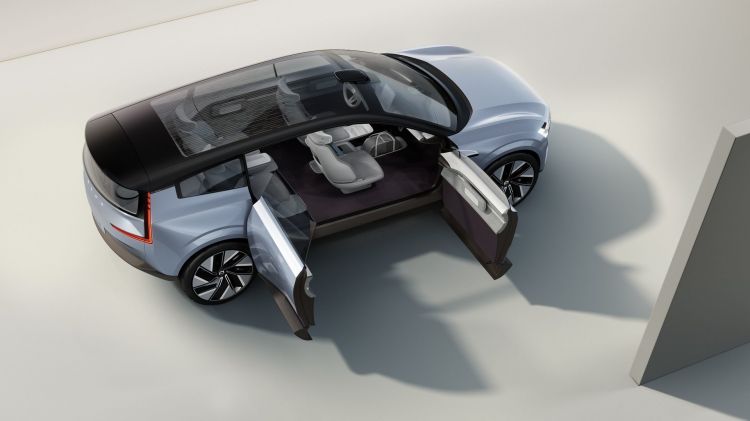 Its front protrusion, on the roof, is a LiDAR, which will be used so that the car can operate autonomously.

Also the center of gravity is reduced, improving cornering and minimizing the risk of tipping. This is common to virtually all electric car platforms – Volvo is not inventing gunpowder, it is just getting into a starting position for the future. This type of platform allows, but also requires creating aerodynamic cars, vital to achieve good autonomy figures. In this sense, the design of the Volvo Recharge Concept anticipates a highly streamlined future. And a future crossover. Of course not.

The most striking detail is that “Thor’s hammers” are kept as a hallmark, minimizing the rest of the design features. The grille disappears and becomes a kind of aerodynamic shield. Oversized wheels and a clean side profile give way to a clean, knife-cut rear, featuring a very short rear window and L-shaped optics. The rear doors are suicidal opening, a detail that could well remain in a prototype phase. 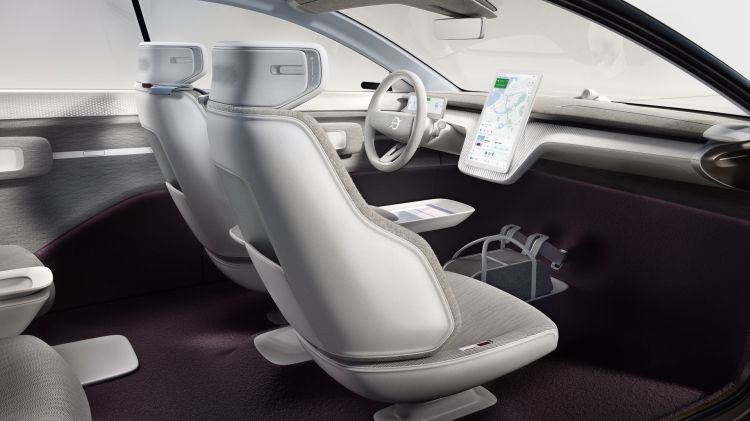 The materials used in the cabin are sustainable. Leather has gone out of style.

The cabin is airy and clean, with a open-plan feeling, lots of space. Again, solutions already seen in other electric cars: a bare digital instrumentation, a huge central screen in 15-inch vertical format, and a large modular cargo space between the two front seats. The format may not be surprising, but its clean lines, the taste of the chosen materials and the Scandinavian design put it at a different height than other manufacturers, who bet almost exclusively on impressing with technology.

What do you think of Volvo’s course? Do you like its new design language? We read you in the comments. 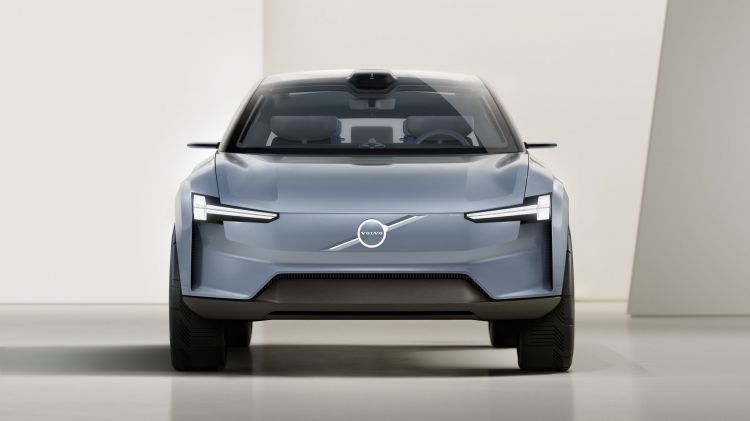