The goal: analyze what steps they had to take to catch Tesla in 2024

Conclusion: speed up software development and the Artemis Project to speed up the creation of new models

Volkswagen hosted a conclave in April 2020 to study how it can neutralize Tesla’s advantage in the electric car. Called ‘Mission T’, it brought together senior officials from Audi, Porsche and Volkswagen itself. The name of the encounter could not be less subtle.

31 senior officials from the three manufacturers – the mainstays of the VW Group – participated in the meeting, where they analyzed what changes they had to make to be able to catch Tesla technology in 2024. The meeting lasted three days and served as a forum to discuss competitive advantages of his rival.

« We called it ‘Mission T’. The event was about how we can catch Tesla, a company that is focused exclusively on the future without having to worry about the traditional auto business, » the CEO revealed in an article posted on his personal LinkedIn .

« Software, technology and a culture of risk influence its ecosystem, which is similar to that of Silicon Valley. The workshop lasted three days and passed with security measures due to the COVID-19 pandemic, maintaining social distance and wearing masks « .

« The initial question – of the meeting – was: ‘What do we have to do in the next six months so that we can catch Tesla technologically in 2024?’ »

The conclusions of the Mission T were to accelerate software development and encourage cooperation between the Group’s different brands. In fact, in June Audi announced the creation of the Artemis Project to accelerate the creation of new models and simplify streamline traditional ones, a kind of ‘shortcut’ to be faster in the market.

« We realized that our corporate structure prevents us from matching the development speed of a start-up like Tesla, which has a higher risk appetite, » explains Diess. « The new organizational unit – VW – started in October and made an impression at the Volkswagen management conference. »

« Artemis and the software organization are the foundations on which we can build the technology we need as a Group. » 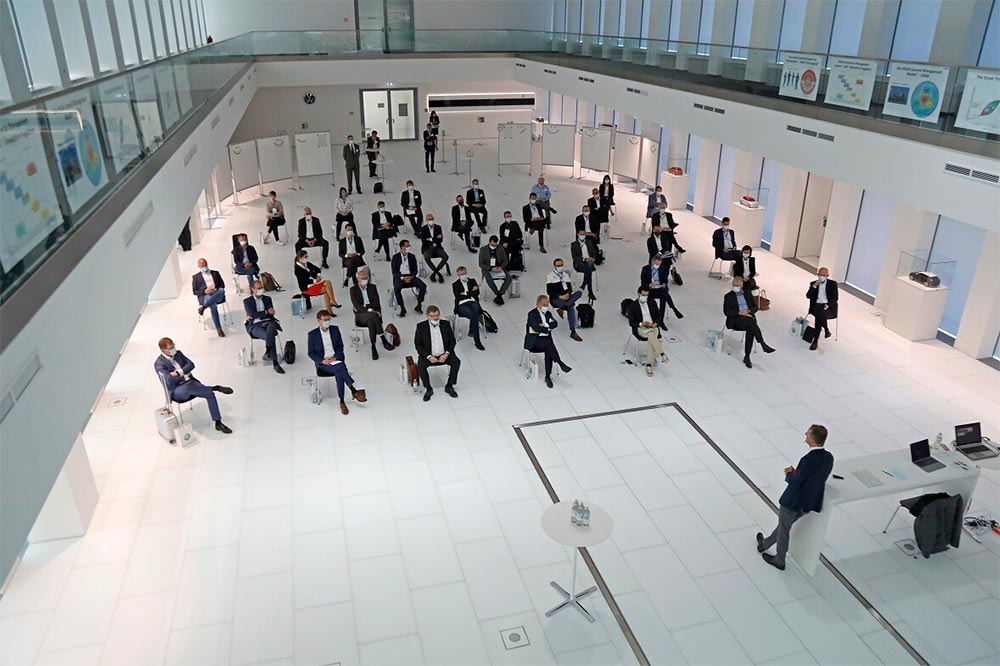