Imagine going out and that taxis, delivery vans, and many private vehicles, have been replaced by a squad of electric vehicles, and without a driver, like the one illustrated in this entry. Imagine that that scenario, which would no doubt resemble many sci-fi movies we grew up on, is right around the corner. There are many of us, including myself, who remain very skeptical about the introduction of the true autonomous car, which will not need a driver to move safely in any environment. Volkswagen, in any case, aims to conquer the cities with electric ID.BUZZ that will roll without a driver from 2025. Is it feasible that in just 4 years hundreds, and maybe thousands, of driverless vans will start rolling?

The first autonomous Volkswagen ID.BUZZs will begin to conquer the cities of Europe and the United States in 2025 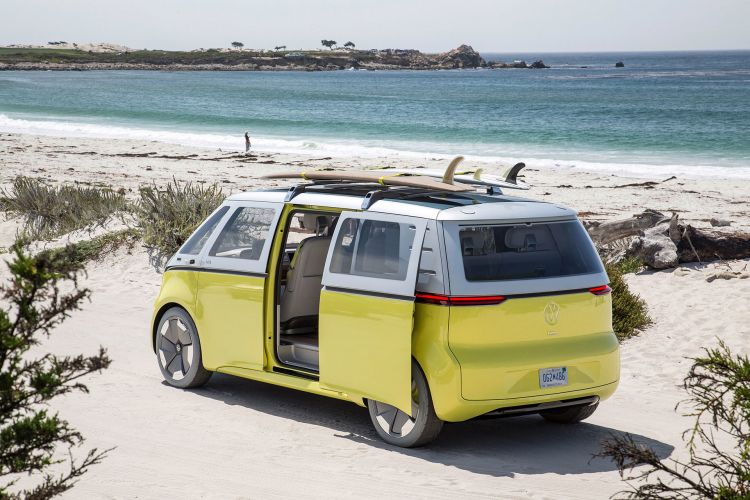 The idea behind the autonomous Volkswagen ID.BUZZ

While some of us already imagine what it would be like to sit comfortably in our car, indicate our destination, and that without our intervention or attention, it will be able to drive autonomously between Madrid and Coruña, while we see the first two parts of the Godfather trilogy, manufacturers like Volkswagen – and also other companies like Uber – think of a scenario that is no less complex, but also closer.

Volkswagen perfectly discerns between two very different scenarios, although of course closely related by a common technology, that of the autonomous car. It distinguishes between what would be an autonomous tourism to use, and a multipurpose and urban mobility solution, designed to move through very complex, but controlled environments. And in the latter lies precisely the viability of the project and the reason why Volkswagen is confident that in 2025 we could see the first autonomous ID.BUZZs on our streets.

Volkswagen will launch an autonomous ID.BUZZ in 2025 designed to move, without a driver, in controlled but very complex environments, in large cities 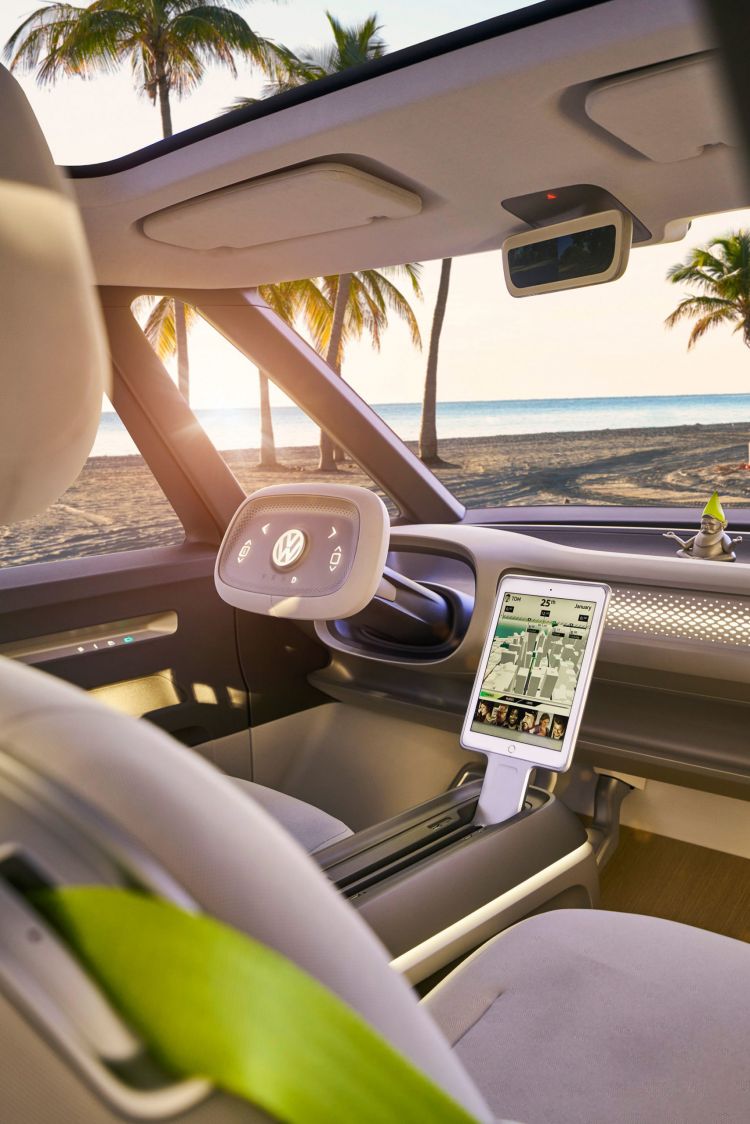 The first autonomous Volkswagen ID.BUZZs to conquer the cities of Europe and the United States will arrive in 2025. Volkswagen has thought of introducing them in controlled environments, but as we said very complex, with all its pros and cons. Introducing autonomous vehicles that will function, initially, in the scope of a city, facilitates their implementation by being able to ensure that the entire environment has been faithfully registered and analyzed to guarantee that these vehicles can move with guarantees and safety. But it also reduces regulatory uncertainty.

Volkswagen hopes that with this technology, more and more cities will allow the circulation of vehicles on their streets. The autonomous Volkswagen ID.BUZZ will be launched in 2025. But before the end of this year we will see the first Volkswagen ID.BUZZ – actually a very advanced prototype with the latest Argo AI technology – rolling through the streets of Hamburg (Germany).

Vision representation of an autonomous car.

As we will tell you below, the Volkswagen ID.BUZZ project was born from the conjunction with MOIA – Volkswagen’s mobility subsidiary – and Argo AI – a technology company dedicated to the development of the autonomous car, founded by veterans of Google and Uber and participated in mostly by Volkswagen and Ford.

This year it will start to test the first autonomous ID.BUZZ – still as a prototype – on the streets of Hamburg. 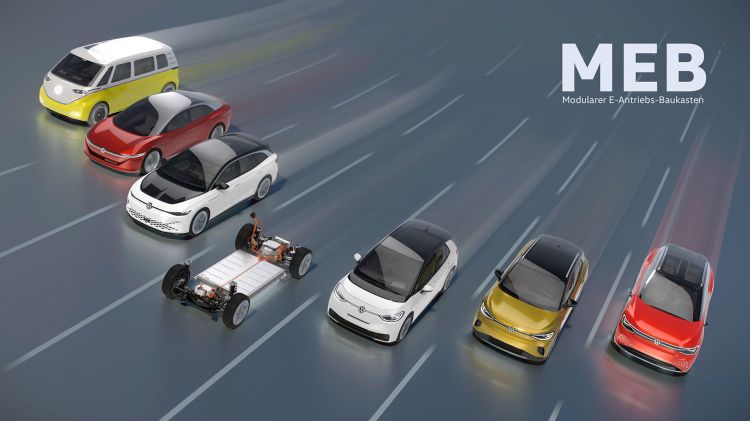 Prototypes of the Volkswagen ID range.

Starting an autonomous vehicle project in controlled environments, in cities, as we said has advantages, for example at the regulatory level.
But it also means putting technology to the test in highly complex and changing environments. The Volkswagen ID.BUZZ will feature the fifth generation of autonomous driving technology developed by Argo AI, which will have a deployment of short and long-distance cameras and sensors never seen before, including a LIDAR, a laser sensor, with a range of 400 meters, with which it could anticipate any situation that may arise to act quickly and enough time in advance to avoid any risk.

Now, where is the human factor?

Argo AI will have the fifth generation of its autonomous driving technology, using short-distance sensors, 360º cameras and a laser sensor with a range of 400 meters 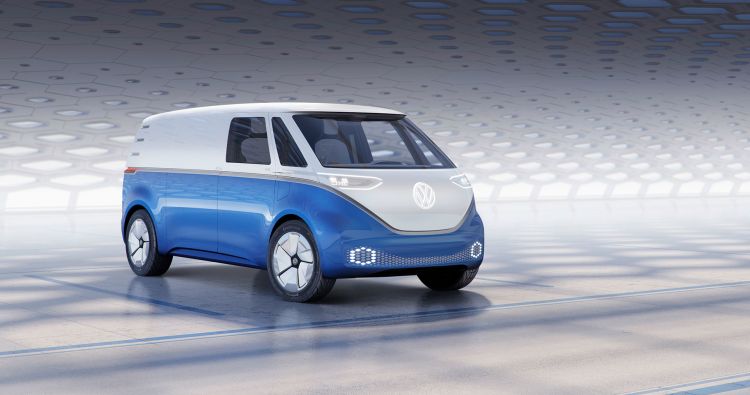 The autonomous Volkswagen ID.BUZZs that we will see on the streets in 2025 will circulate without a driver and will not be supervised. Nevertheless, Volkswagen has already planned to have a team of remote operators who will be able to intervene on the vehicles at any time, fundamentally for two reasons.

The first, and perhaps the most obvious, is to avoid blocking situations. According to Argo AI, its technology is already precise and sophisticated enough to avoid a risky situation. Argo AI has different “miniature cities” in which they are shooting their prototypes, facing thousands of different situations that could occur in a real environment. But there is always the possibility of a deadlock situation, in which the autonomous vehicle stops before an incident and its software is not capable of a solution. At that point, a team of operators would come into play who, remotely, from a control center, would take over the controls of the vehicle to resolve the incident. 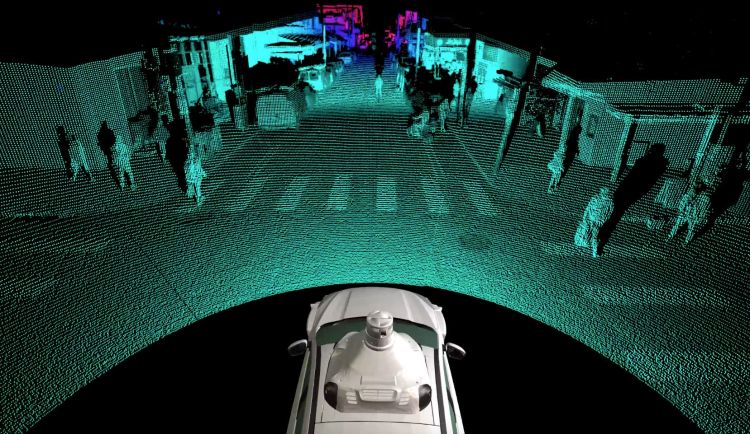 This is how an autonomous car with Argo AI technology sees the road.

The second reason is not trivial. Having a control center, with remote human operators, will be one of the essential conditions that will be required in the regulatory areas that will allow the introduction of the first autonomous vehicles in the coming years.

During their launch in 2025, ID.BUZZs will circulate without a driver, but there will be operators who will be able to operate them remotely in lockdown situations 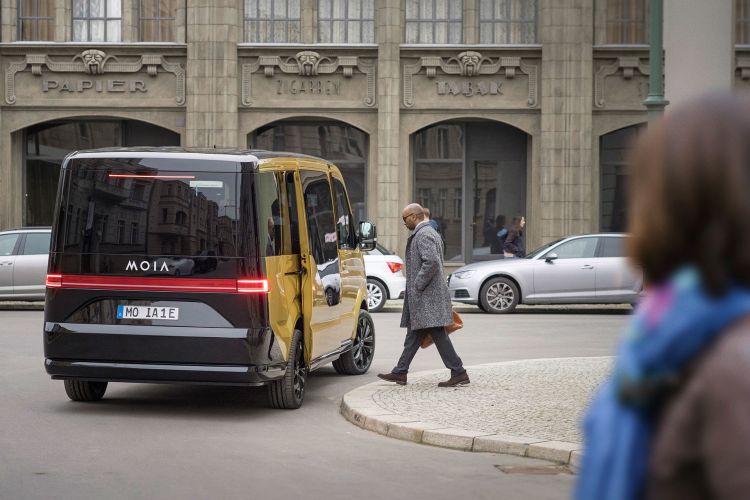 MOIA: the Volkswagen subsidiary of mobility

We had previously mentioned MOIA, Volkswagen’s mobility subsidiary. For Volkswagen, MOIA is by no means a new car brand. Volkswagen hopes to develop MOIA as a mobility provider which, obviously, will be nourished by Volkswagen’s vehicle development and production capacity, Argo AI’s autonomous technology, and what all those partners who join the project contribute.

MOIA already has a fleet of hundreds of vehicles – like the one you can see above – transporting passengers in Hamburg and Hannover, making private and shared trips. Essentially, its operation is very similar to that of applications such as Uber or Cabify. The user requests a trip, with the possibility of sharing a vehicle with other passengers who are going to make a trip, and MOIA provides that trip in a VTC service, as a chauffeur with a driver.

You don’t have to be too imaginative to think that the first Volkswagen ID.BUZZs to start rolling in European cities could do so by providing a service in MOIA very similar to the one already present, albeit with drivers, in Hamburg and Hannover.

The start-up of the first autonomous Volkswagen ID.BUZZs in 2025 will be carried out by MOIA, providing mobility services for passengers 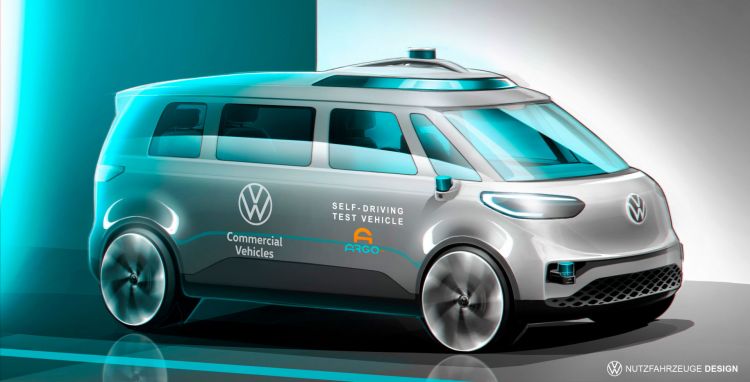 The start of the autonomous Volkswagen ID.BUZZ project in 2025 is increasingly clear, it will take place in cities in Europe and the United States and it will provide mobility services for passengers but, as we will see later, not only for passengers. Half of the population of the ten largest cities in Europe and the United States is the target customer for mobility services such as those provided by MOIA and those it will provide with ID.BUZZ without a driver in 2025. The European population is increasingly concentrated more, in cities. 77% of Germans live in a city.

But this is only the beginning. Making cities accessible to autonomous goods transport and last-kilometer delivery vehicles is expected to open a market with a business volume that is expected to reach 500,000 million euros in 2030.

Argo AI’s advancements, MOIA’s presence as a mobility provider, and Volkswagen’s vehicle builder capabilities would allow the ID.BUZZ and its bodywork to be adapted to any application a customer requires. We will not see an ID.BUZZ range with a passenger, cargo, private version and, who knows if camperized, as an ID.BUZZ California, but dozens or hundreds of versions oriented to a specific functionality: for courier delivery, parcel delivery delivery, supplies to small and large businesses, freshly cooked food at home, refrigerated food, etc, etc … 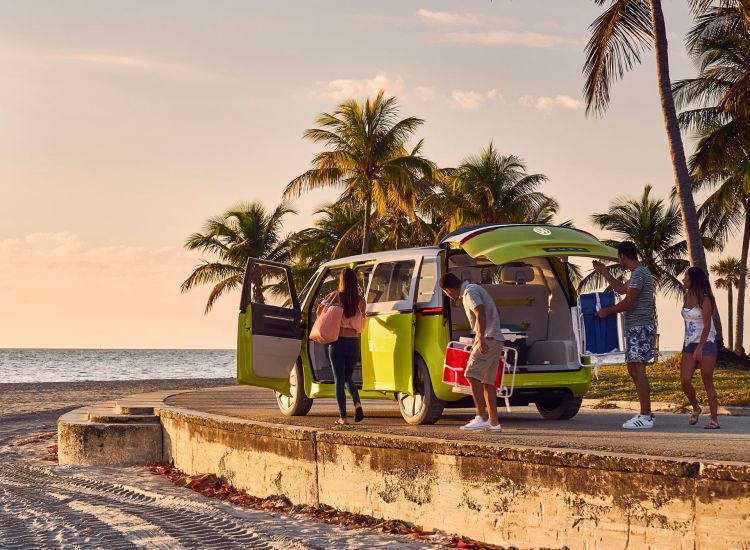 At this point, and finally, we can do nothing but think about the human and social factor. Until now, MOIA has a staff of drivers, who are not only in charge of driving the vehicles, but also of attending to the passengers or ensuring the correct placement of luggage. Volkswagen recognizes that these issues also need to be resolved in a hypothetical MOIA autonomous transportation service.

But we must not forget a major problem, that of the number of jobs that will be replaced by automation, in all areas, and no longer just that of the autonomous car. Volkswagen is confident that this is a gradual process and that its autonomous mobility services, at least during the introduction phase, will continue to require a workforce and, probably, jobs that require some training and offer added value. . The best example we have in the operators who will be monitoring the activities of the autonomous vehicles that will start rolling in 2025.

In any case, the period of uncertainty we are facing cannot be ignored and how citizens, and the social and economic fabric of the European Union, will face the transition towards a world in which machines will drive for us and, ultimately , will replace many jobs that until now, necessarily, required a human.