After the Volkswagen Group Dieselgate and the traffic restrictions imposed in many European cities, no one would say that diesel is the fuel of the future – even if it still has a long way to go. Yet thirty years ago he was the star of one of the most unknown and fascinating green cars ever created. The Volkswagen Öko-Polo was an experiment by Volkswagen, an ultra-efficient Polo whose goal was to achieve a fuel consumption of only 3 liters per 100 km. For this he resorted to technical solutions that not even many modern cars equip, even their engine would shut off when they took their foot off the accelerator!

The current diesel car, more than 30 years ago

The history of the Volkswagen Öko-Polo it cannot be understood without the Volkswagen Polo Formel E, especially efficient versions of the first Volkswagen Polo. Sold between the years 1980 and 1987 – the first Formel E were based on the first generation of the Polo – they used engines with a higher compression ratio and longer developments in their gearboxes. His fourth was an “overdrive” ratio, designed to save at cruising speeds. In addition, a light on the instrumentation indicated the optimal time to change gears. We are talking about almost 40 years ago, do not lose sight of it.

At the end of the 1980s, Volkswagen saw diesel as one of the powertrain technologies with the most future. Turbodiesel engines had not yet caught on. 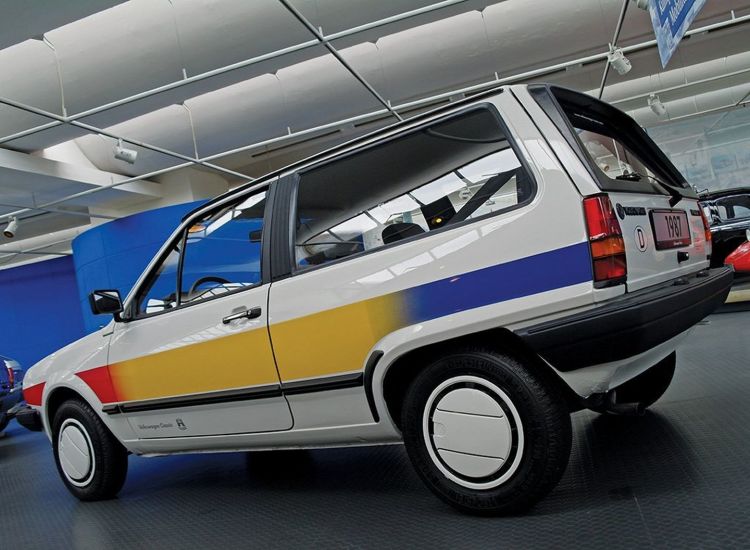 A revolutionary stop & start system was introduced in the second generation of the Volkswagen Polo Formel E, which switched off the engine when the car stopped and neutral was activated. In addition, they had optimized aerodynamics. We could say that these Formel E were the “Polo Bluemotion” of the eighties. In 1987, for marketing reasons, the Formel E disappeared from the markets in which they were sold – mainly Germany and the United Kingdom. Its technical innovations and developments did not fall on deaf ears: they were implemented in other Volkswagen vehicles.

Nevertheless, Volkswagen was still determined to make the Polo the most environmentally friendly and efficient cars on the market. The revolutionary Öko-Polo project was born then. The project was led by the company Auto und Verkehr (IAV GmbH) and by the project manager Dipl. Ing. Uwe Scher, from Volkswagen. The development received official support, from Berlin and the Federal Ministry of Investigation. Outwardly, the Öko-Polo looked like an ordinary Volkswagen Polo – with that curious three-door body – but under its skin there was a marvel of innovation.

The objective of the project was to achieve an average consumption of three liters per 100 km in real driving conditions, with the minimum possible emissions.

Its engine was the true jewel in the crown. It was a two-cylinder diesel engine, supercharged by a volumetric compressor. Specifically, a G40 compressor, until then only used in high-performance versions of the Polo. The fuel supply system used the direct injection into the combustion chamber itself. With just two cylinders and 858 cubic centimeters of displacement, the most environmentally friendly Polo developed a maximum power of 40 hp at 4,000 rpm, with a maximum torque of 76 Nm at the same speed. At least the car was very light, it weighed only 810 kilos.

It was not a car oriented to performance – its top speed was 138 km / h – but to maximum efficiency. State-of-the-art solutions were applied to this engine to improve your ride comfort and above all to reduce your appetite for diesel. The crankshaft used counter-rotating masses to minimize their vibrations, and even the intake itself had a labyrinthine design, to reduce turbulence in the air intake to the engine and lower its noise level. The insulation of the car was superior to that of other Volkswagen Polo, but still, its engine was by nature quite noisy. 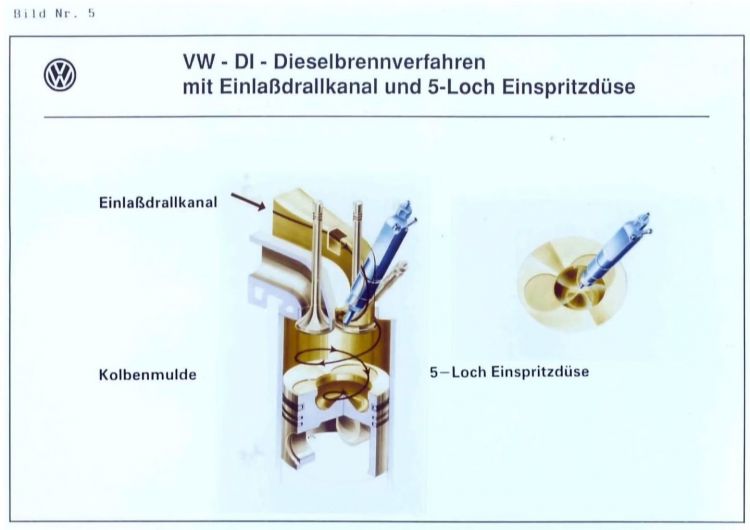 A slight front spoiler and “rainbow” vinyls were the only aesthetic difference of the Öko-Polo compared to other Polo.

In 1989 the Euro 1 anti-pollution regulation was not even in force and only some cars destined for the US market were equipped with catalytic converters or gas recirculation valves. The Öko-Polo twin-cylinder engine Not only did it equip a fully functional EGR valve, but to reduce the emission of particles the car fitted a particle filter and a liquid iron oxide solution was added to the diesel. It was not an SCR system with AdBlue injection. It was a different system, similar to current active particulate filters, which use an additive to regenerate the FAP itself.

The additive lasted on paper for approximately 80,000 kilometers. Instead of using a conventional gearbox, the Volkswagen Öko-Polo resorted to a semi-automatic gearbox. Change robotic manual, in which the clutch was activated with an electronic button, located on the gear lever itself. This change allowed the car to mount a stop & start system, or rather, a driving system “under sail”. When the accelerator pedal was released, the gear was disengaged and the engine stopped. When the accelerator was depressed again, the engine started again. 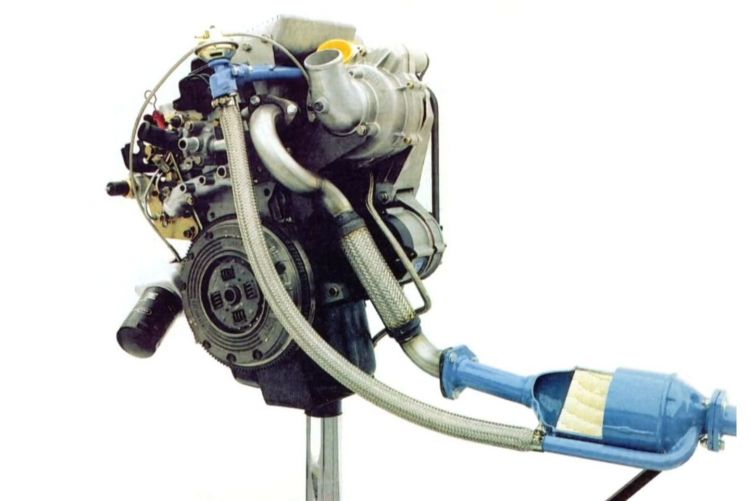 Its “sailing” driving system could be deactivated at will. It was estimated that it reduced consumption by approximately 10%.

These systems are beginning to be applied in production cars, thanks to 48 volt electrical systems. They are not a novelty: a Polo equipped them three decades ago. Total, about 50 units of the Öko-Polo were manufactured, which were tested by different clients of the brand, employees, institutions and universities. Two pre-production prototypes were built, and five cars were equipped with data logging units. In practice, it was a slow car, but extremely efficient: in 1990, on a Wolfsburg-Marseille route, it achieved an average fuel consumption of only 1.78 l / 100 km.

Today it is unknown how many Öko-Polo are left in circulation. Only two German websites and a video on YouTube offer reliable information on these cars. Few of the existing Öko-Polo work perfectly. By having such a low production volume and sharing so few mechanical elements with other Polo, any simple breakdown can disable these cars. They were the seed of projects such as the 1994 Volkswagen Golf Ecomatic, as well as the Volkswagen Lup 3L TDI. We could even draw clear parallels with the Volkswagen XL1, with which at least one Öko-Polo has been photographed.

Its stop & start system also worked on stops and holds, like any equivalent system today.

In this video you can see your systems in operation, as well as a multitude of technical diagrams. It is in German, unfortunately.

Why were only 50 units produced? Why was it not mass-produced? According to his project manager, it was a very expensive car to produce. Its mass production would not have been profitable, due to the low number of parts shared with other Volkswagen Polo at a mechanical level.. In addition, at the end of the 80s fuels were more reasonably priced than today. All in all, it was a fascinating car, the history of which is really unknown. Many of the innovations released by the Öko-Polo are now present in series-production diesel cars. It is always a healthy exercise to go back to the roots.