The last name GTX was used for the last time in the eighties to designate the sportier versions of the Scirocco, equivalent to the Volkswagen Golf GTI in performance and positioning. More recently, Volkswagen has used the names GTD and GTE to designate its sporty compacts with powerful diesel engines, and its plug-in hybrids with dynamic aspirations. The surname GTX will be used to designate, from now on, its most powerful and dynamic pure electrics, which will have all-wheel drive. 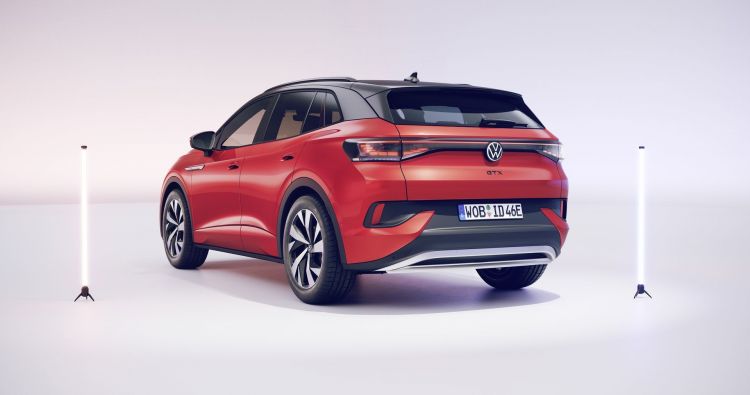 The X in its name is a bridge between the sportiness of the past and that of the future, according to Volkswagen.

The main difference on a technical level with other ID.4 is that although it maintains a rear engine of 204 hp, it equips another electric motor on the front axle. Together, both engines develop 299 hp. Thanks to that, It is capable of doing 0 to 100 km / h in 6.2 seconds2.3 seconds faster than the more powerful rear-engined versions. Its top speed is electronically limited to 180 km / h, and the good fact is that it retains a autonomy according to the WLTP cycle of no less than 480 km.

This is possible thanks to the fact that all Volkswagen ID.4 GTX will equip the 77 kWh net capacity battery, the largest in the range. In addition, its drag coefficient is only 0.29, which is still an excellent figure for a crossover. Volkswagen has not communicated the maximum torque of the system or the increase in weight, but we hope that its weight will not be even 100 kilos higher than that of other ID.4s. The all-wheel drive system does not add weight either, as there is no physical connection between the vehicle’s axles. 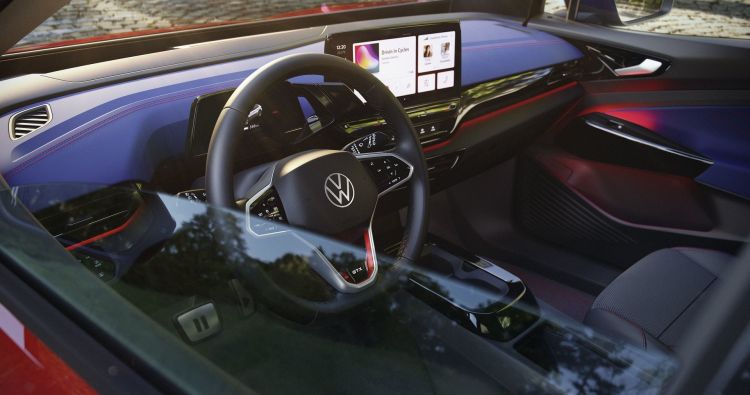 The taillights are 3D LEDs as standard, and are slightly smoked.

Visually, we expected changes of greater depth in the Volkswagen ID.4 GTX. We expected more differentiation. Beyond the emblems, the only really different detail is the black front bumper trim with multiple LEDs. The rear bumper has slightly different moldings and some glossy black details are distributed on its bodywork. On the side profile, the underside of the doors is painted in body color, rather than dark plastic.

It would not have been bad to have some additional detail or more striking rims. If we want more changes, we have to go inside. On the dashboard, the upper part becomes upholstered with a polymer that imitates the skin, dyed in X-Blue color. The crossover seats have red thread trim and slightly more pronounced petals. The GTX logo appears at the bottom of the steering wheel and on the back of the seats. For the rest, there are no more changes with respect to other ID.4., Neither at the level of technology, nor of equipment. 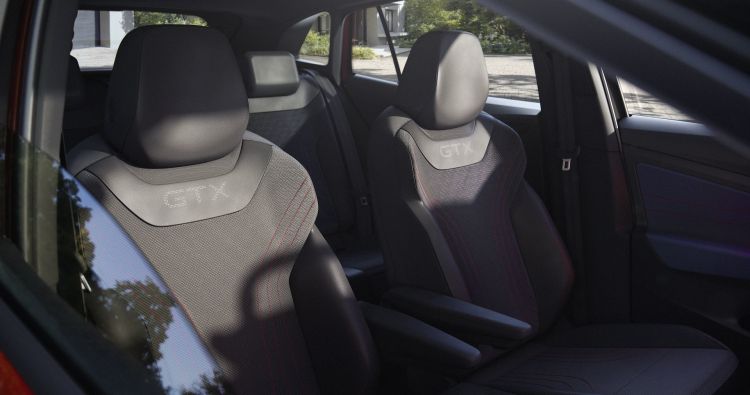 It continues to support fast charging at powers up to 125 kW.

Now if we equip the optional Sport Plus pack we can enjoy a adaptive suspension DCC, in addition to a 15 mm reduction in height of the suspension and the equipment of a variable ratio steering. The car is also capable of simulating the presence of a limited-slip differential through the selective application of braking power. The Volkswagen ID.4 GTX will begin to be sold in June, at a price that we do not know for the national market, but that in Germany starts at 49,950 euros.