Every year, Volkswagen presents a new prototype for the enthusiasts of the brand in the Lake Wörthersee Festival in Austria. And while this year’s event was affected by the COVID-19 pandemic (as in 2020), the virus has not prevented the German company from showing its regulatory model. Is he Volkswagen Golf GTE Skylight Wörthersee ConceptDespite being very similar to last year’s Golf GTE HyRace, this Golf has a plug-in hybrid powertrain.

At the Wörthersee Festival, people like faster and more aggressive cars, so it stands to reason that Volkswagen is mainly focused when creating its prototypes, and this time it is no different. In fact, this car was built specifically for the rally, will never make it to the production line. This is the thirteenth time that the apprentices of the company put a Golf as the maximum exponent of the event and, of course, with the times, it could not be other than the most sporty and “eco” of the range, the Golf GTE. 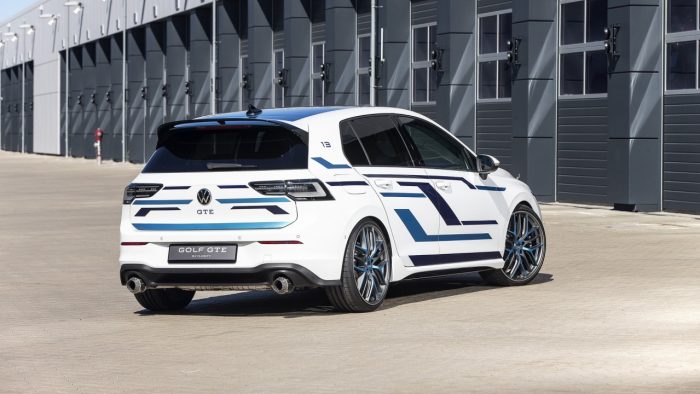 The nickname “Skylight” (“skylight”), has been given by his inspiration in the light of the sky and electromobility. The apprentice painters applied lines in Lapiz Blue and Catalina Blue to the white body. Colors can also be found on the exterior of various trims, the illuminated door handles, on the GTE logo, and on the accents of the 20-inch wheels. Also, both the rear wing, larger than the standard one, and the side steps, were borrowed from the Golf R to achieve that more striking aesthetic.

But the Volkswagen apprentices also broached the subject on the interior. The particularly striking light tubes above the seats reproduce the exterior design, as do the decorative moldings, the seat covers and the details on the steering wheel. Another element that attracts attention comes when you step on the accelerator. A hologram has been installed in the center console that shows the initials “GTE” very large, a characteristic that comes directly from the department of Volkswagen Group Components and changes according to acceleration. 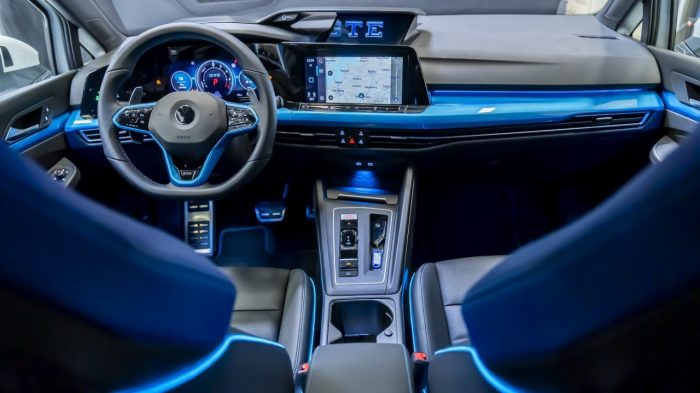 Like the standard Golf GTE, the associated mechanics are comprised of a 1.4-liter turbocharged gasoline (TSI) engine associated with an electric one that together deliver a total of 245 hp and 400 Nm. Of course, to attract attention in the meeting, you also need the right sound. The exhaust system has been tailor-made. It is made of stainless steel and has been made with a 3D printer, taking up the traditional honeycomb design of the GTI family. Also, if you’re going electric, but want to keep turning heads, there’s a 3,110 W acoustic support in the trunk.

Another thing you will find in the trunk is a zero-emission skateboard for the last few meters trips, baptized as “Mellow-Board”. As such, there were 16 apprentices who worked on the project. As tradition suggests, three of them also participated in last year’s hatched prototype, bringing their experience to the team. And for those who want to see the Volkswagen Golf GTE Skylight Wörthersee Concept more closely, say that will be on display in the company’s Autostadt factory, in Wolfsburg. 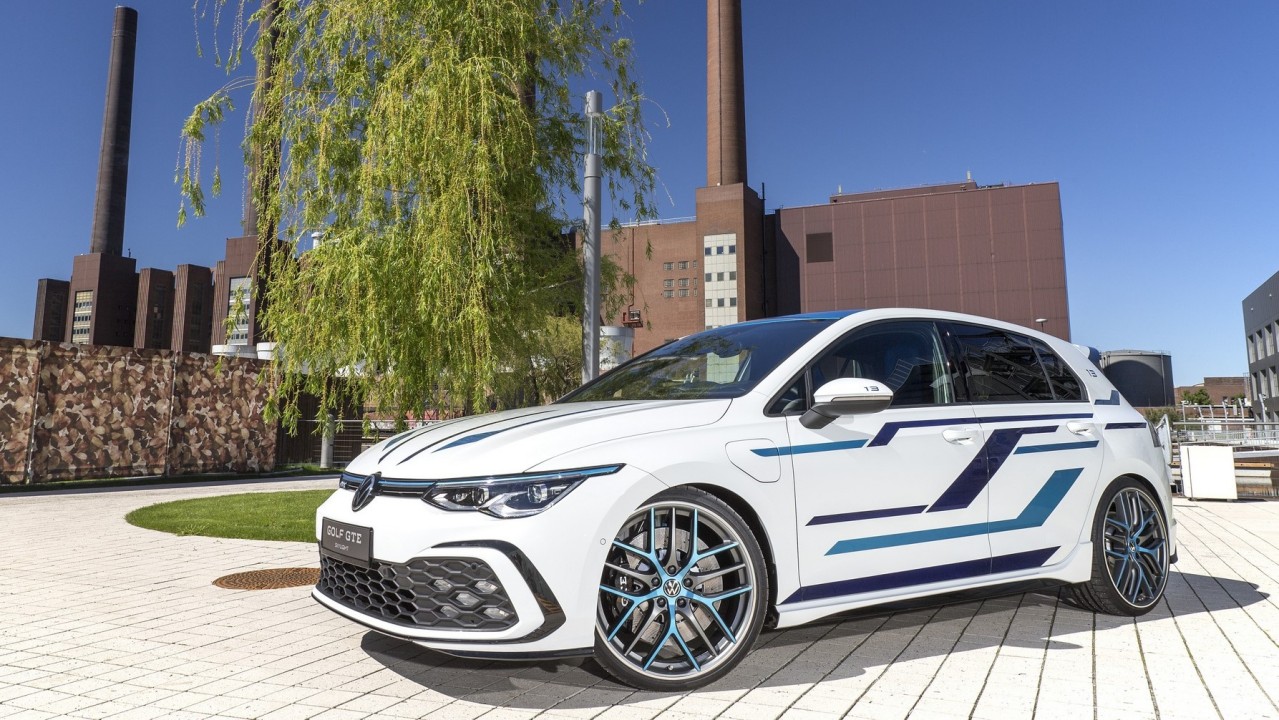