Vivaldi 4.0 It is the new major version of the spiritual heir of the old Opera, a web browser full of options that does not aspire to less, but to more, as it has been demonstrating since its launch for more than five years. Vivaldi 4.0, of course, is no exception, quite the opposite … with nuances.

Nuances is what Vivaldi 4.0 seeks to convey from the beginning, and that is that constantly wearing the “browser for advanced users” label is not always beneficial in helping to broaden the user base. Therefore, this new version marks a small difference from the previous ones from the first start.

The latter and what the headline of the news advances make up the bulk of the Vivaldi 4.0 news, whose jump from the previous version is not usually usual. Let’s see why.

The first novelty that catches the attention of Vivaldi 4.0 is the aforementioned version jump from Vivaldi 3.8, a contradictory update followed by … another contradictory update. Perhaps they have been eager to present a lot of news at the same time, even if they are not quite ready, at least on paper.

From what is ready to what still has a little way to go to get ready, the highlight once you launch Vivaldi 4.0 for the first time is the new welcome screen, which invites (for the moment only in English , a big mistake that they have to solve) a choose the type of browser you want: simple, moderate or armed to the teeth, would be the summary.

This is the clever way that the Vivaldi developers have taken not to intimidate the newcomer user who does not need the thousand and one features that the browser boasts. It is a good idea, because as you use it, you can activate -or deactivate- functions from the application preferences. And everyone is happy. 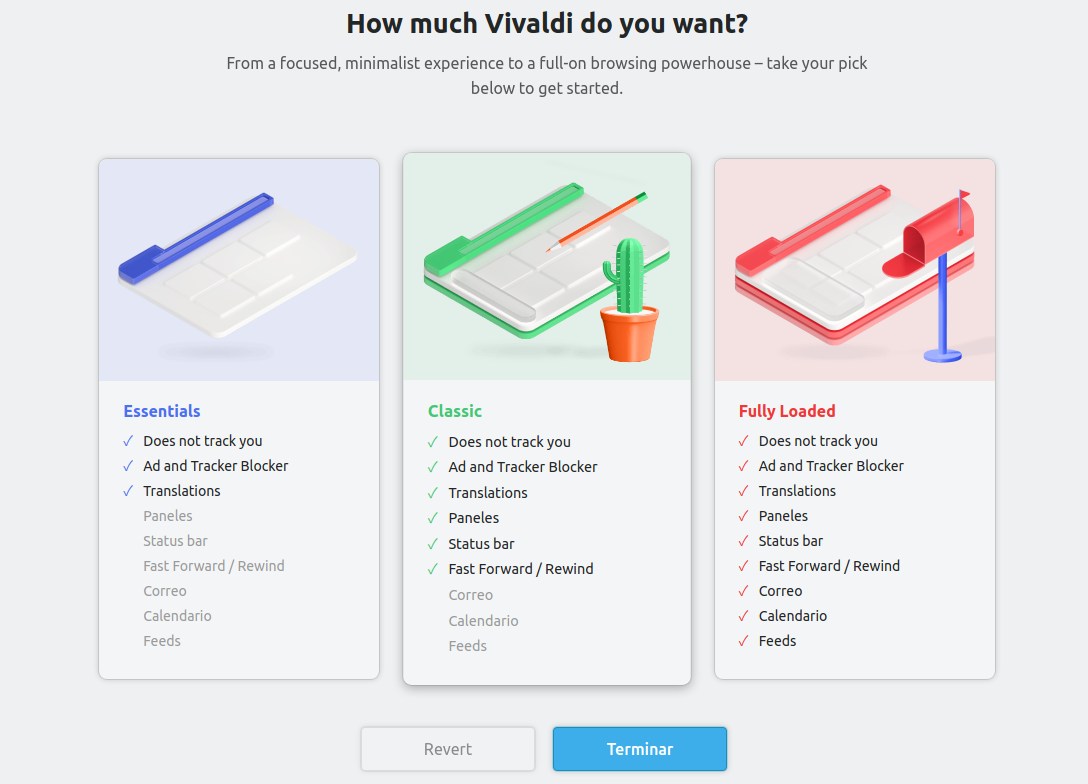 The second novelty that Vivaldi 4.0 presents, which they have been working on for some time, is the web page translator. In the style of Chrome, Vivaldi can now translate all those pages whose language you do not speak. And in the style of Chrome, we mean exactly that, because it is a copy of the Gooogle service that Chrome incorporates … but without a trace of Google, of course.

Vivaldi’s translator is powered by Lingvanex, a Cypriot firm specializing in the matter, but the translation engine runs directly from Vivaldi’s servers in Iceland, so the company ensures data privacy. For the rest, it is practically the same as using the Chrome translator … And it has not only been integrated into Vivaldi for PC: Vivaldi for Andrid also already has this feature.

Now the question is: how does it work? Does it reach the level of Google Translate? It is difficult to assert anything having just tried it a little, but the translations seem of quite good quality. The only thing that I have been able to get out of it is that in very long texts it fails a bit, leaving parts untranslated. But in the case of a first version, it will be necessary to give it time to improve. 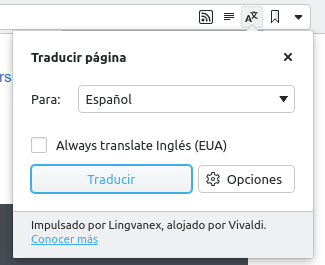 The colophon of Vivaldi 4.0 has three edges and they are email manager, calendar and newsreader; but, perhaps, they are a bit sharp edges, because although they come out of obscurity after years of development, they do so in beta, despite which the browser developers ensure that it works correctly and that the priority has been at all times the security of user data.

From this trio of applications, quartet if we mention the contact manager, that there is also it even when they tend to overlook it, we already extended ourselves in its day with an article where everything there is is told, and things have not changed so much. In fact, very little has changed, except for details that are regularly polished. That is why we are not going to repeat ourselves now.

However, it should be noted that this is one of Vivaldi’s most ambitious bets since the project came into being and they have taken great care to get it right. I have personally tested everything and it works as expected, although I will not go into it further or recommend it until I do it again, once the stable version of all these components is available.

As to Vivaldi 4.0 for Android, not only takes advantage of the new translator, it also incorporates the option of using external password managers to enter credentials while browsing; and it adds the option to change the search engine with one click (until now it could be done with written shortcuts … and it still can be done, of course).

In short, a lady update is brought to us by Vivaldi 4.0, along with Microsoft Edge, two of the browsers that are innovating the most in recent times, and that are dragging the rest to do the same. Who Said All Chromiums Are The Same?