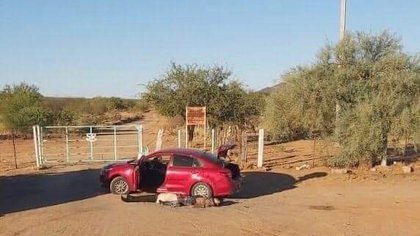 Unnoticed or ignored, the state of Sonora (North of Mexico) has been revealed as hell for the inhabitants. This Monday, on the international highway in Hermosillo Three lifeless bodies with visible gunshot wounds were found.

The deceased – all male – have not yet been identified. Two of them were reportedly located on the right side of a recent-model cherry-colored Kia vehicle, the other in the passenger seat.

Several firearm shell casings were collected at the site, as well as other test data. Scenes like this are common in one of the most dangerous places on the US-Mexico border. 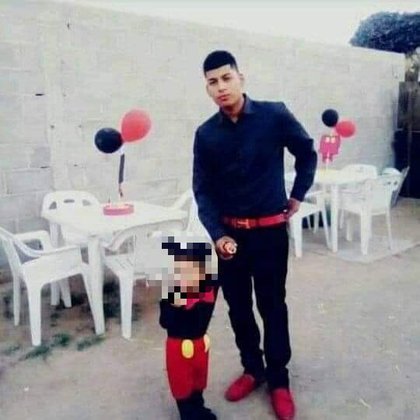 At Caborca ​​municipality (northwest of Sonora) a minor was dragged into a nightmare from which Mexico has not yet awakened.

This Monday, Tadeo Bernabé, four years old, was attacked inside a private vehicle, along with his father Armando Carrillo Fuentes, 23, in the Industrial Colony. The shots occurred around 12:30 a.m., which also injured Felipe, 42, and Karime, 20, on the intersection of Sonora and Avenida 12, according to local reports.

In addition to this double homicide, minutes before two other subjects were murdered in a house in the same municipality.

The mayor of Caborca, Luis Macías González, admitted that the region is out of order due to the omission of support from the Federation and the State. “This situation, in particular and my government has us extremely indignant, because there have been a series of situations to which the federal, state and municipal authorities have not responded as they should,” he warned.

“It is something very unfortunate, something that this city does not deserve, it is completely out of order.”

Just 10 days ago, the municipal president signed a letter requesting support and counteracting the constant shootings, homicides and kidnappings in the region. 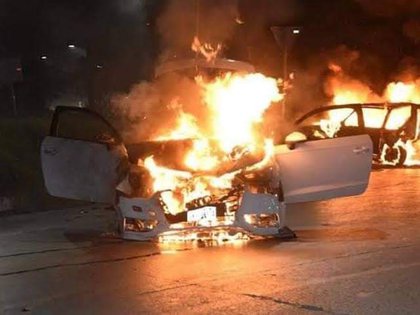 Caborca ​​has been the scene of the assault by various armed groups. This same week, videos of alleged hitmen of Los Salazar, the armed wing of the Sinaloa Cartel, patrolling the streets of the region.

The Salazars dispute the entity with the call Caborca ​​Cartel, allegedly directed by the “Narco de Narcos”, Rafael Caro Quintero.

From January to September of this 2020, 71 intentional homicides were registered in Caborca, 208 percent more than in the same period of 2019.

In recent months, some criminal groups have tried to reach places where they had no influence. For example, the faction of the Sinaloa Cartel in Caborca ​​and the Jalisco Nueva Generación Cartel in Zacatecas. According to experts, these groups take advantage of the calm situation and try to advance in the municipalities.

Armed attack in Caborca: a four-year-old minor and his father were shot

The sons of “Chapo” against the Caborca ​​Cartel: the incessant dispute for control of the Sonoran desert