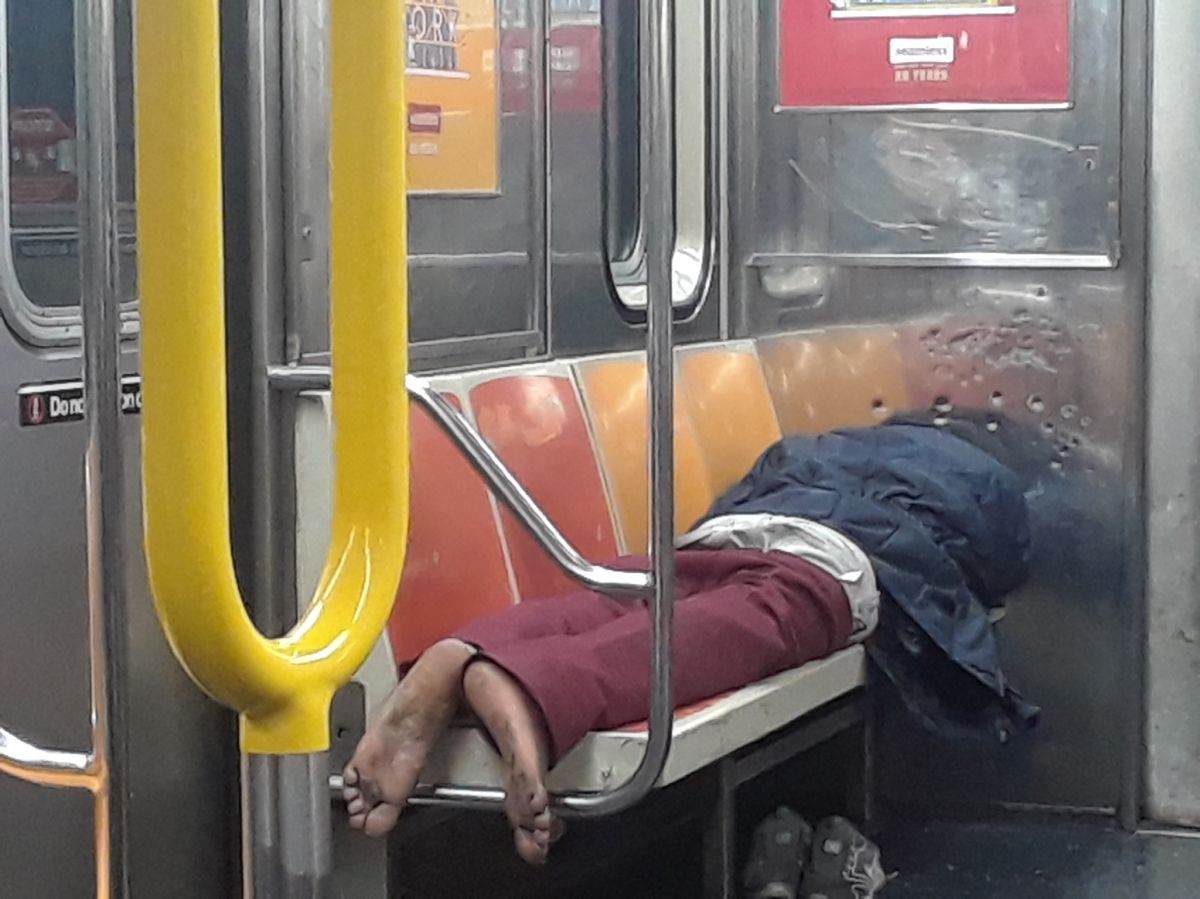 People pushed onto the tracks, stabbed, shot, beaten and / or robbed in and out of the wagons, they have become constant in the New York Subway, despite the fall in traffic due to the pandemic. And the situation looks far from improving, according to the largest police union, which blames local politicians for the chaos.

So far this year, 14 people have been pushed onto the rails, twice (7) than in all of 2019, according to sources from the Metropolitan Transportation Agency (MTA) cited by the New York Post.

But in a statement, on Thursday City officials disputed that there had been a rise in jostling incidents at stations, without giving official figures: “The NYPD traffic office maintains a 24/7 presence. in the subways of the city to protect public safety (…) This year, until November 15, pushing incidents in the Metro have not increased compared to last year ”.

Pat Lynch, leader of the Sergeants Benevolent Association (SBA), NYPD’s main union, opined otherwise and warned that citizens travel “at their own expense” on public transport.

Lynch accused lawmakers of stopping cops from doing their jobs and advised passengers to “keep the eyes wide open ”to avoid being victims.

“The politicians have made it very clear that they do not want the police to enforce the rules of the traffic system, to connect the homeless with (social) services, interact with people with serious mental illness or do the things necessary to prevent these terrible random attacks, “he said. “That is your decision, but who will replace us in those roles? Right now, nobody.

He added, “While our elected leaders are closing their eyes and hoping the problem goes away, we recommend that all New Yorkers keep their eyes peeled while in our transit system.”

Avery Cohen, Mayor Bill de Blasio’s spokesman rejected the union leader’s comments. “There are people who work hard to keep the Metro safe and then there is Pat Lynch, who actively supports a more chaotic and violent city.”

“He cannot be taken seriously in public safety and his last words are insults to the people he supposedly represents,” Cohen was quoted as saying by the New York Post.

On the eve, Sarah Feinberg, NYC Transit interim president, stated that “We cannot be a place where we simply gather people who are experiencing a mental health crisis. It’s not fair to those who are using the ”transportation system, after a serious incident in Union Square.

In late October, MTA denounced “Police inaction” in the anarchic New York Subway, saying there are more crimes, but fewer arrests. Until September there were five homicides, compared to two in the same period in 2019. Meanwhile, the violations they increased from three to five and theft reports from five to 22 this year.

Nowadays New York is running a deficit of 1,800 police officers after funding cuts and resignations, as recognized by Commissioner Dermot Shea himself. In July, citing lack of funds, the NYPD closed its dedicated homeless unit.