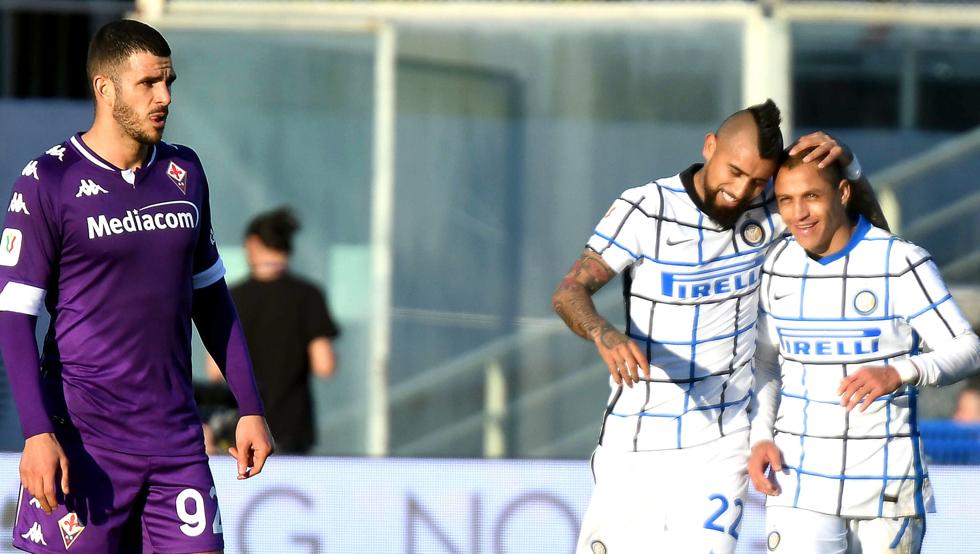 He had to wait for extra time, but Antonio Conte’s Inter qualified this Wednesday for the Coppa Italia quarterfinals thanks to goals from Arturo Vidal (his first goal as a negriazul player) and Romelu Lukaku against Fiorentina (1-2). It was the 119th minute when the Belgian forward scored with a header and knocked out the viola. In four, there will be a derby della Madonnina between Inter and Milan.

With Christian Eriksen starting, Lautaro Martínez was the one who gave the first warning when he touched the post in the 36th minute. But Inter advanced on the penalty score committed by Pietro Terracciano, Fiorentina goalkeeper, on former Barcelona player Alexis Sánchez.

After consulting with the VAR, the referee, Davide Massa, ruled that there was a maximum penalty and it was transformed by another former Barça player, Arturo Vidal. It was the 40th minute and the first goal of the Chinese midfielder as an Inter player.

Just a minute later, another penalty, this time in favor of Fiorentina, from Skriniar over Christian Kouamé. But this time, after consulting with the VAR, the referee decided that there was no maximum penalty. With an interista advantage, the first half ended and as soon as the second started Lautaro wasted a great opportunity.

And in 57 ‘Kouame leveled the score for the Viola with a great goal with his right from outside the area. In the 69th minute Conte brought Achraf in and Inter improved with the great form of the former Real Madrid and Borussia Dortmund player, who forced Terracciano into a great intervention to avoid the goal.

In extra time, Perisic slammed a ball off the crossbar. When the tie seemed to be heading towards the penalty shootout, Lukaku decided with a great header after a cross from the right by Nicolò Barella. Inter had more chances, but it was a cruel outcome for Fiorentina as they fell out of the quarters.