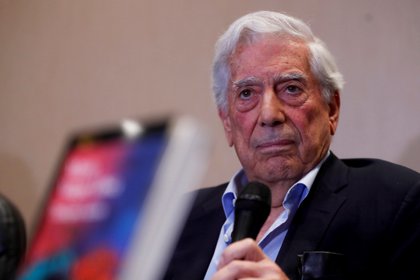 The writer Mario Vargas Llosa stated that the Congress of Peru “has violated the Constitution” when he dismissed Martín Vizcarra from the head of the Peruvian State last Monday for “moral incapacity” due to accusations of alleged corruption that have not yet been proven.

“I believe that the Peruvian Constitution is very clear, a president can be accused, but he can only be investigated at the end of his mandate and the new Congress has clearly violated the Constitution with this measure”Vargas Llosa told the newspaper El Comercio.

The 2010 Nobel Prize in Literature considered that the Legislative’s decision is “a regrettable fact, as many Peruvian jurists have pointed out, among them the former Prime Minister Pedro Cateriano, who has titled the action of Congress a true coup d’état.”

After noting that Vizcarra could well be investigated by the Justice at the end of his term, on July 28, Vargas Llosa criticized that the National Police had used excessive force to repress the mobilizations that began four days ago in the country, with thousands of citizens on the streets.

“I think the police action, which has been extremely violent, should be condemned”, remarked the author of “The city and the dogs”, who added that the removal of Vizcarra “has clearly had the disapproval of the bulk of the Peruvian population.”

“On the other hand, I would like to point out that practically no countries have recognized the new president of Peru, Mr. (Manuel) Merino, which means a very general disapproval of what happened in the Lima Congress”, he limited. 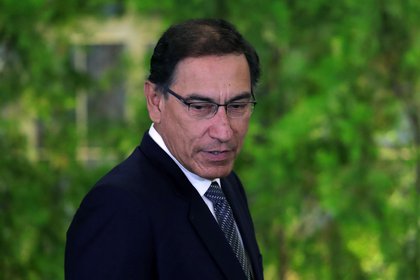 Vizcarra, the ousted former president of Peru, responds to a prosecutor for alleged corruption

Vargas Llosa said that Peru faces “An absolutely regrettable situation of confusion and anarchy” and that at the international level there is confusion over “this absolutely unusual situation” that the Congress, which only took office last March, “has spoken in such an absurd way and very clearly against the Constitution and Peruvian legality.”

In this sense, he stressed that it is “fundamental” that the transitional government that was assumed by the president of Congress, Manuel Merino, respects the calendar of the general elections called for April of next year.

He considered, however, that Merino “betrays the best traditions of Popular Action”, the party of the political leader Fernando Belaunde, who was twice president, and the jurist Valentín Paniagua, who led the Peruvian political transition after the removal of Alberto Fujimori in 2000.

The writer commented that Belaunde and Paniagua, who have already passed away, “must be greatly surprised, if they are there, seeing things that happen, because this measure in which Acción Popular is very responsible, in a way, betrays the best traditions deeply democratic party ”. 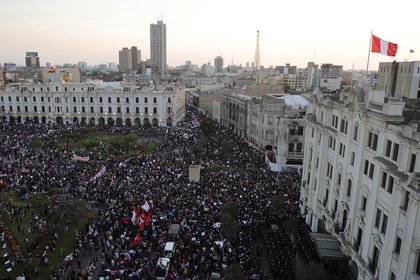 Protests in Lima, against the removal of Vizcarra

Given the crisis that Peru is facing, Vargas Llosa expressed his concern because he said that “it is a country that in recent years has given a rather regrettable show with the number of presidents who have been investigated, charged or escaped.”

“Once this had happened, we thought that a new stage had begun, but unfortunately, the worst traditions are repeated in these circumstances”, He emphasized before indicating that the energetic reaction of the Peruvian people “is in favor” of their country “returning once and for all to that legality that has been so trampled in recent years.”

The Nobel Prize winner concluded by saying that “what happened is absolutely regrettable and that these parliamentary deputies who have perpetrated it will be sanctioned by the Peruvian people in the short or long run.”

Evo Morales’ lawyer is the new attorney general of Bolivia