A remarkable reaction from Valencia in the second half allowed him to offset the two goals that had rewarded the great start of a Alaves effervescent that fell apart and ended up asking for the time since the visitors touched the third. 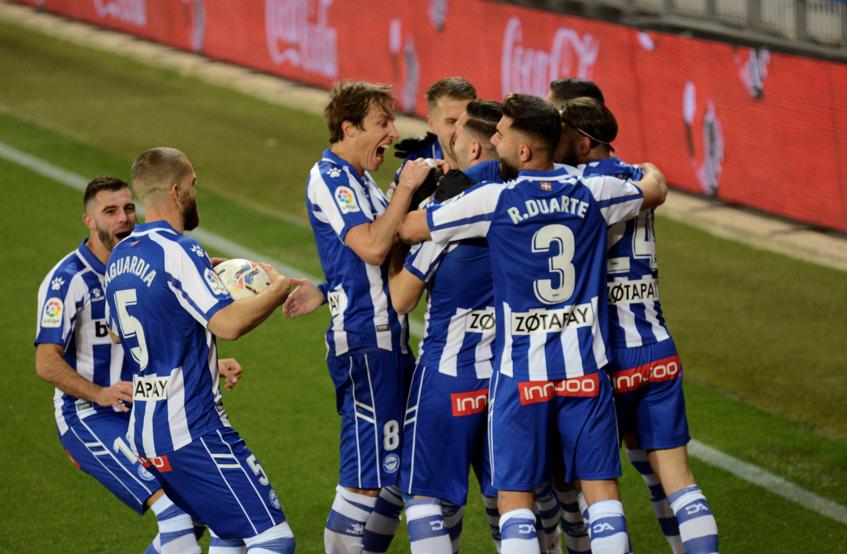 A mere two minutes of play had elapsed when Ximo Navarro he sent the corner taken by Lucas Pérez to the net and polished the Glorious slate.

The both made disappear with a stroke the confidence that those of Javi grace they had won with their triumph against Madrid and the result of those nerves came second. Navarro slipped into the back of Hugo Guillamón, which fell on him in a clear penalty that this time transformed Luke.

At the start of the second part, the changes of Javi Gracia gave Valencia the mordant that their good intentions needed. As soon as he left, Manu Vallejo left only Kevin Gameiro that he had the best visitor option but crashed with Pacheco for doubting excessively.

Also entered Guedes and in his first inning he sneaked into Navarro and forced the VAR intervention to evaluate a possible penalty and at the same time a possible hand from the Portuguese, which was what he ended up pointing out.

The both visitor finally arrived after a pass filtered by Soler to Gameiro, who saved Pacheco and yielded to Vallejo who scored, with the permission of the VAR.

Five minutes later it took him to tie. Another service from Soler, this time when taking a foul, and Guillamón that he made up for it with a head butt, that also validated the video arbitration.

The clash opened and although the scoreboard did not move any more, Valencia was the one who came out losing since Gayà was injured in the discount and Vallejo and Gameiro they wasted two clear options to get the third.

Spectators: Behind closed doors in Mendizorroza

THE BEST The departure of Alavés, as good as the reaction of Valencia in the second half THE WORST Javi Gracia’s team continues to enter games badly and ‘giving away’ goals