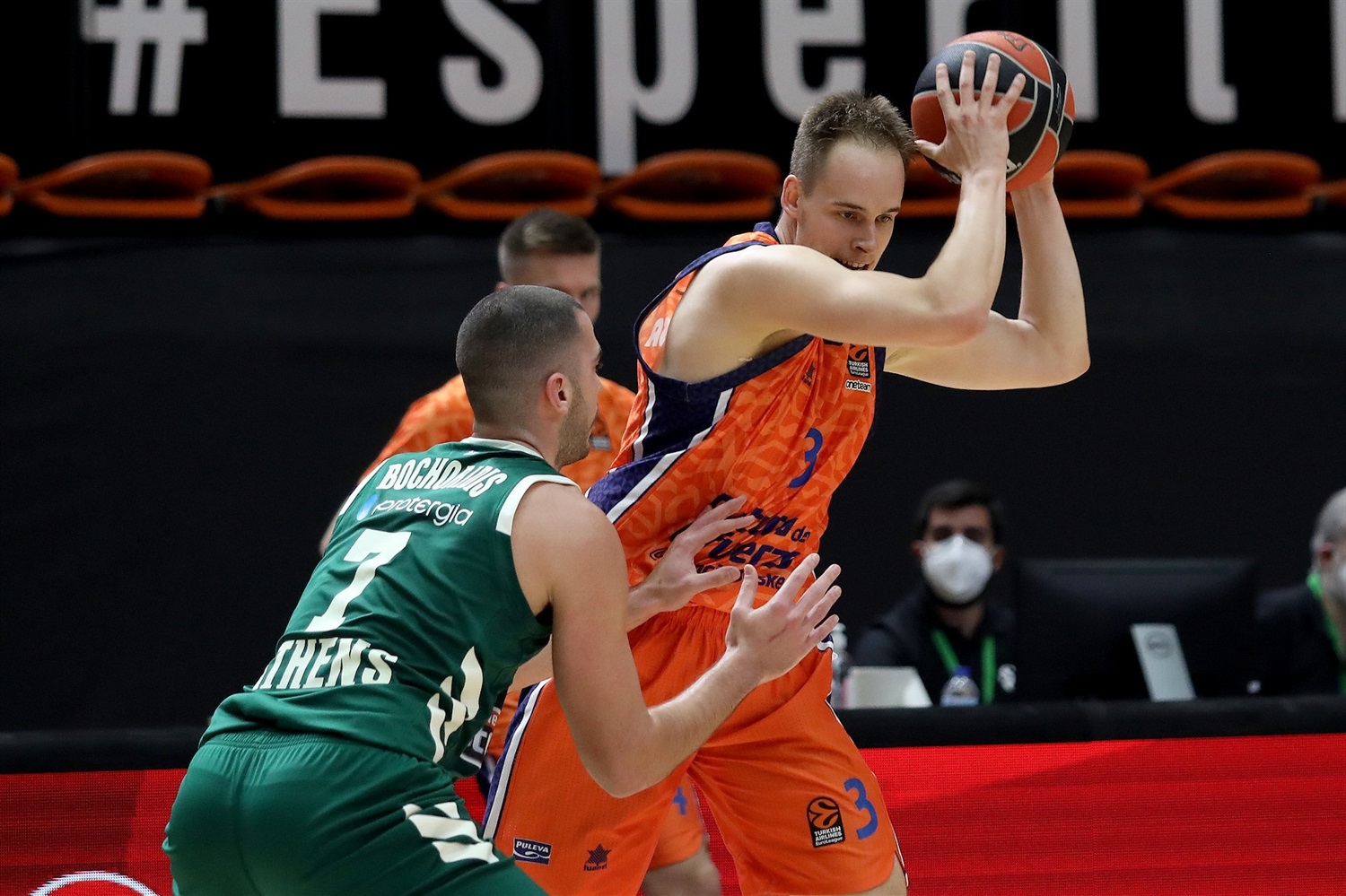 Valencia Basket beat Panathiniakos 95-83 on Tuesday in a clash in which their good offensive performance, with a great ball circulation first and then with a more vertical game, led them to a victory in which Klemen Prepelic and Fernando San Emeterio fed him in the first half and Martin Hermannson and Derrick Williams in the second.

Two triples by Aaron White gave Panathinaikos the initiative but good ball circulation and the inspiration from Prepelic allowed Valencia to keep up with the Greek team in a start in which the defenses accompanied more than they prevented (18-18, m.7 ). The rotations did not alter the equality, Papapetrou took the scoring relay in the visitors and a brave San Emeterio in the premises, although the scoring cadence fell. Martin Hermannson tried to assume the offensive responsibility of Valencia but the final execution failed (30-30, m.15).

Losses multiplied on both sides of the court and although Mitoglou fed the visitors, Valencia took control of the crash and only a couple of errors in the counterattack prevented him from leaving with a greater advantage at halftime, although the triple on Prepelic’s horn left a good taste in his mouth (45-41, m.20). Panathiniakos focused their game on the restart on Papagiannis and Valencia found it difficult to escape the influence of their 220 centimeters. He did it when Vives shook off the pressure of Saint-Ross, when Prepelic added again and when Dubljevic scored his first triple, with which he became the top scorer in the club’s history.

The Hellenic team put themselves in the hands of Nedovic although the good defense of Josep Puerto slowed his take-off and gave time for the persevering Hermannsson to start taking points, his and his teammates, from his good decisions (82-70, m. 33). A couple of open shots made the visitors dream of getting into the clash but Valencia, with reinforced confidence, answered every basket from the Icelandic guard and Derrick Williams.