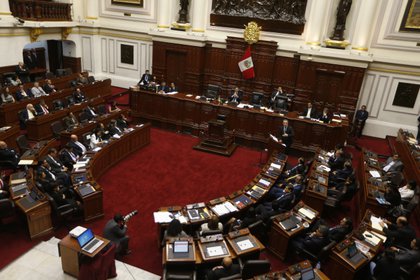 The plenary session of the Peruvian Congress approved this Saturday, with 111 votes in favor and none against, that the 130 legislators submit to an antibody test to rule out that any of them have been inoculated with the batch of doses provided by the Sinopharm laboratory for clinical trial purposes after it came to light that hundreds of senior officials and close associates were surreptitiously vaccinated in the country.

“For the sake of transparency and public objectivity,” stated the proposal of Motion 13857, presented by the Popular Action group. After hours of debate, it was determined that it is an “exhortation” and that a specialized group of congressmen will be in charge of determining which test will be used.

However, experts warn that there is no reliable medical evaluation that determines whether a person has been vaccinated. In fact, former President Martín Vizcarra underwent a “rapid test” to try to show that he did not have antibodies, although he finally ended up accepting that he had received the Chinese formula.

Epidemiologist Mateo Prochazka explained that antibody tests do not distinguish between a natural infection and that conferred by a vaccine, so testing positive is not a guarantee that the person has been vaccinated. “Using antibody tests to try to identify people who have received Sinopharm vaccines is nonsense, especially in Peru where the virus has reached high levels of transmission: up to 30% of Peruvians could test positive,” he said on Twitter.

The neurobiologist Edward Málaga-Trillo, a researcher at the Universidad Peruana Cayetano Heredia, told the newspaper La República that the measure approved by Congress is “non-viable”Because it is very difficult to identify vaccine antibodies in the human body. “That is populist nonsense. It does not work”He declared.

For his part, Julio Cachay, infectious disease doctor at the Ricardo Palma clinic, told El Comercio that to confirm the vaccination and the protective response, a laboratory analysis is necessary, which includes cellular immunity, and that these types of tests are usually done in international reference laboratories.

Investigation for the scandal

The Plenary of Congress had approved the creation of a multiparty commission that will investigate the alleged favoring of the application of vaccines against COVID-19, with respect to former President Vizcarra, his family, former ministers and senior public officials from August 2020 to the present.

The ‘Vacunagate’ erupted last week with the revelation that former President Vizcarra had secretly received the Sinopharm vaccine, prompting the chain resignations of Ministers Pilar Mazzetti and Elizabeth Astete, as well as several deputy ministers who admitted to having been vaccinated “unofficially”. 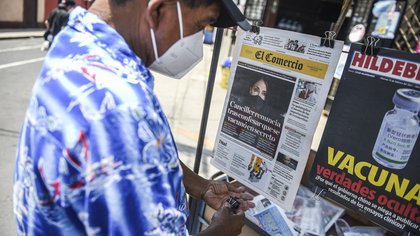 The appearance of a list of 487 people who would have received active doses apart from the clinical trials carried out at the Cayetano Heredia and San Marcos universities, has splashed doctors, researchers and officials. The authorities are still investigating if there are names outside of that list. In addition, the Chinese embassy in Peru received another batch of 1,200 doses and has not disclosed how that irregular distribution was.

It should be remembered that the Prosecutor’s Office of Peru had carried out a registration on Friday at the headquarters of the Ministry of Health, the National Institute of Health, the General Directorate of Medicines, Supplies and Drugs and the universities of San Marcos and Cayetano Heredia in the framework of an operation that is part of the investigation into what is known as ‘Vacunagate’, the political scandal that hits the country.

On Thursday, the Comptroller General of the Republic indicated that it had identified a total of 122 officials on the list of people who received the experimental vaccine. At a press conference, Comptroller Nelson Shack indicated that, of all the officials identified, 19 had made their family members receive the vaccine ahead of time.

(With information from Europa Press)

The “Vacunagate” exacerbates electoral uncertainty in Peru: which candidates lose and which can make the leap with the new scandal