In recent months, the decline in banking services has been a constant, a situation that has generated all kinds of criticism among customers if we consider that a large part of these failures have been registered in the middle of a fortnight. Now it is Banorte who is the protagonist of a situation of this nature.

From social networks, various users have reported failures in the application and some other services of the aforementioned bank, a situation that has worsened if we consider that it is the beginning of the month and date of payments and collections for many people.

The problem has been confirmed from DownDetector, a site from which a potential failure in the Banorte service is reported, where 61 percent of the reported problems are related to problems logging into the banking institution’s digital services, while that 38 percent report website failures.

As for the affected areas, the problem is recurrent in at least half of the national territory. 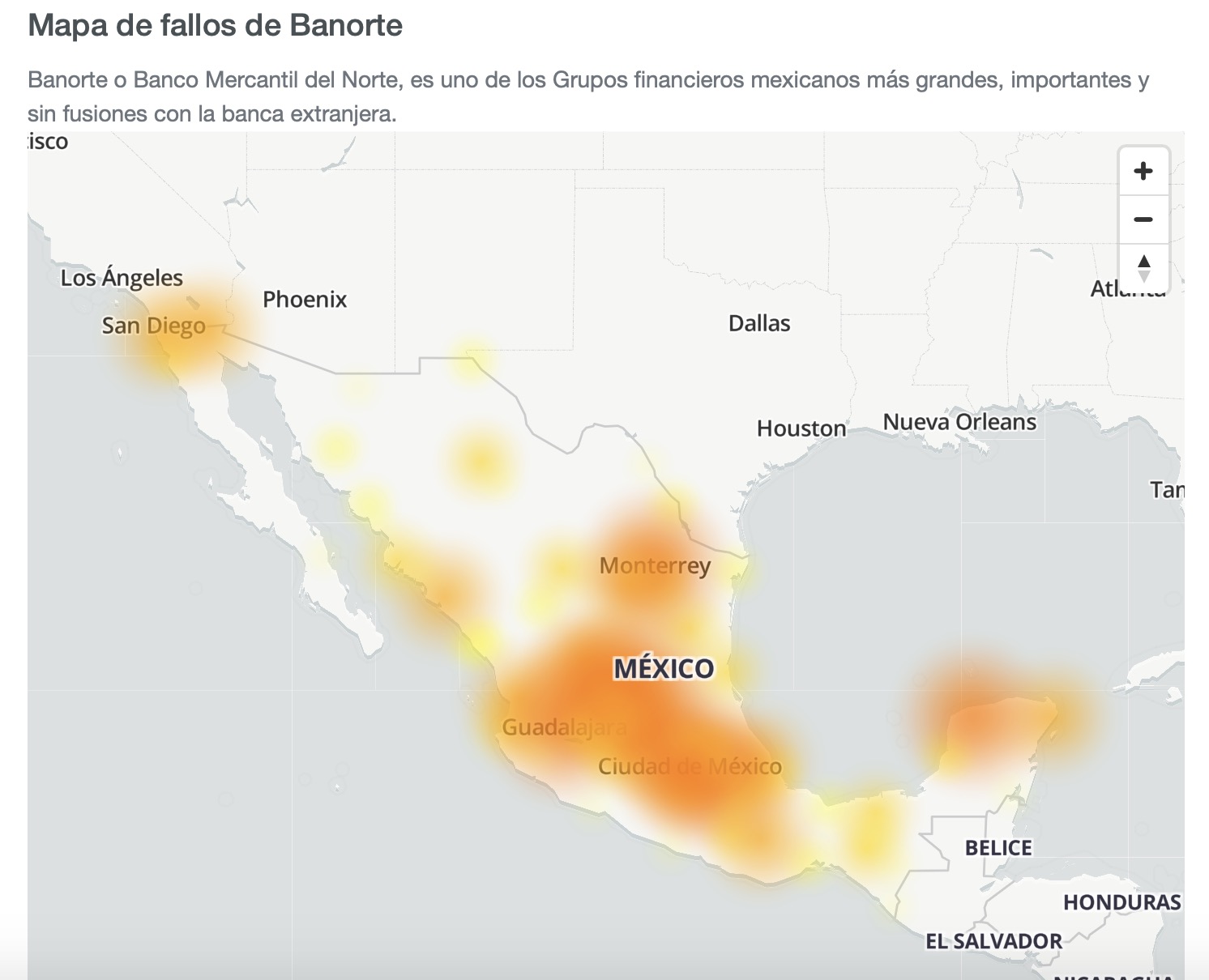 As expected, complaints on social networks have become a constant, which, added to the recent frauds that have affected a large part of the banks that operate in the national territory, make clear the discomfort of banking customers in the country.

What is at stake is the perception of the quality of customer service and the true attention they receive from these banking institutions.

I’m sick of you and your app that never works or restarts every time I try to do something. @Banorte_mx pic.twitter.com/AC0WFshpz4

Thanks to the fact that Banorte has its system down, I have to go around to deposit money

“You can from your app” because perhaps if Banamex was not the worst bank ever, it could

That in all the branches nationwide the system is gone, WTF you should already know.

In recent months, these kinds of problems have been especially prevalent. Errors and failures in digital banking have become even more evident when we consider that lockdown measures and the pandemic in general have given a significant boost to online transactions.

In past weeks, a large part of online banking services in the country was reported to have fallen.

Various users reported problems with the BBVA mobile application, a situation that occurs in the midst of a Good End with a strong digital focus.

The truth is that additional, potential problems were registered for other banks such as Santander, Banorte and the Spei transfer service.

According to DownDetector, at that time, the most affected service was BBVA, which registered problems when logging in (49 percent), in its application (45 percent) as well as in its website (4 percent) .

In the case of Citibanamex, the bulk of its problems were registered at the beginning of the session with 91 percent, while the website has been indicated in 8 percent of the cases.

Addressing and, even more so, preventing these failures is crucial to growing a segment that currently has great growth potential.

Specialists indicate that the adoption of these digital tools that was favored during confinement will continue, even once the health emergency passes.

In this sense, the players in the sector will be obliged to perfect this aspect so as not to be indebted to the customer service that now seems to be especially demanding.