The great telephony event is determined to return. The GSMA assures that the Mobile World Congress in Barcelona will be the “largest physical event of 2021”. Its celebration is scheduled for June 28 to July 1 and during a press conference, John Hoffman, CEO of the GSMA, explained that in addition to the professional public, the organization will offer 30,000 tickets to the local public to access the event.

In 2019, the cheapest exhibition pass was priced at 799 euros. A clear barrier to entry to turn the great telephony event into a congress especially focused on doing business.

This year, the GSMA will offer 30,000 local people the possibility of attending the MWC for 21 euros. Along with this, the organization will make a donation of 300,000 euros to recovery funds for Covid-19.

The possibility of accessing the Mobile World Congress for 21 euros represents a clear change in strategy compared to other years and is equated with congresses such as the IFA in Berlin that allowed entry to the event for one day for 13 euros. Although, unlike the MWC, the great Berlin technology event has canceled its physical celebration for this 2021. 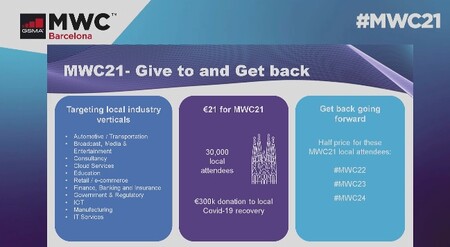 In addition to reviewing some of the sectors where the MWC will focus, the organization has taken the opportunity to show which companies plan to attend the event, either with a physical stand or virtually.

Between the companies that the GSMA explains will be physically at the MWC There is Huawei, ZTE, Dell, Vodafone or Sony, although the latter explained a few weeks ago that it was not going to participate. 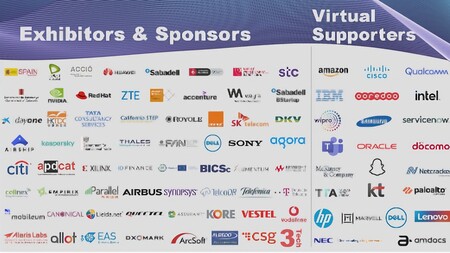 As John Hoffman explains, this year there will be more than 300 exhibitors at the MWC and more than 400 at the 4YFN side event. Even so, the organization recognizes that they will not reach their last numbers by far (109,000 attendees in 2019) and that the space of the Fira de Barcelona has been reduced.

How to acquire the MWC pass from 21 euros

To purchase the ticket, the GSMA has set up a ‘Spanish Community Discount’ web page.

From the organization they explain that this pass for the Spanish community will be available for 21 euros plus VAT and focused on professionals from different industries. At the moment it has not been specified what kind of requirements will be necessary to be eligible for entry.

“We offer a Discovery Pass, for a limited time and at an exclusive price of € 21 (excluding VAT), to professionals in the industry, including automotive, transportation, manufacturing and the media.”

In addition to the reduced price entry, those who receive the pass will have a 50% discount for future MWCs until 2024. The decision to open the MWC to more people contrasts with the position of many companies who have chosen not to participate to avoid crowds and trips that may pose a certain risk.

In Engadget | The ‘other’ Mobile World Congress: this is how the biggest mobile event is lived from within