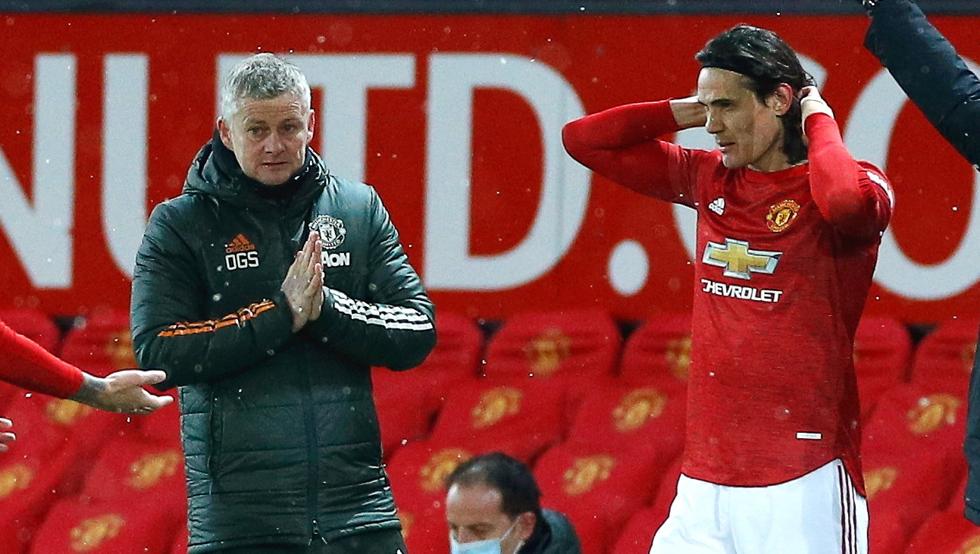 Ole Gunnar Solskjaer, Manchester United coach, revealed today that the Old Trafford club board will start talks with Edinson Cavani for the renewal of his contract. The 34-year-old Uruguayan striker joined the ‘Red Devils’ squad in October and signed for one season with an option for another after being released from PSG.

Despite initial reluctance from the English media, Cavani has become a key player for Solskjaer, as evidenced by the seven goals and two assists that he has accumulated in the 24 games of all the competitions that he has played this season.

“I can only say that Edinson has done well,” said Solskjaer today at the press conference prior to the Premier Leaqgue game, which Manchester United will play against Newcastle on Sunday at Old Trafford.

It is really integrated, we are very happy

“He is really integrated into the group and we will sit down and talk with him in the near future to see his plans and ours. It’s a good discussion to have, ”Solskjaer advanced. “We always talk to the players and, with the contract situation at the moment, we are very happy with what he has done.”

With options to play against Newcastle

Solskjaer added that Cavani and Donny van de Beek, who missed Thursday’s 4-0 win over Real Sociedad in the Europa League round of 16 (first leg) due to muscle injuries, could be fit to face Newcastle. .

“They have options. We will see how they are on Saturday and hopefully both will be available. ” assured the Norwegian coach.

Manchester United is second in the Premier League, 10 points behind leader Manchester City.