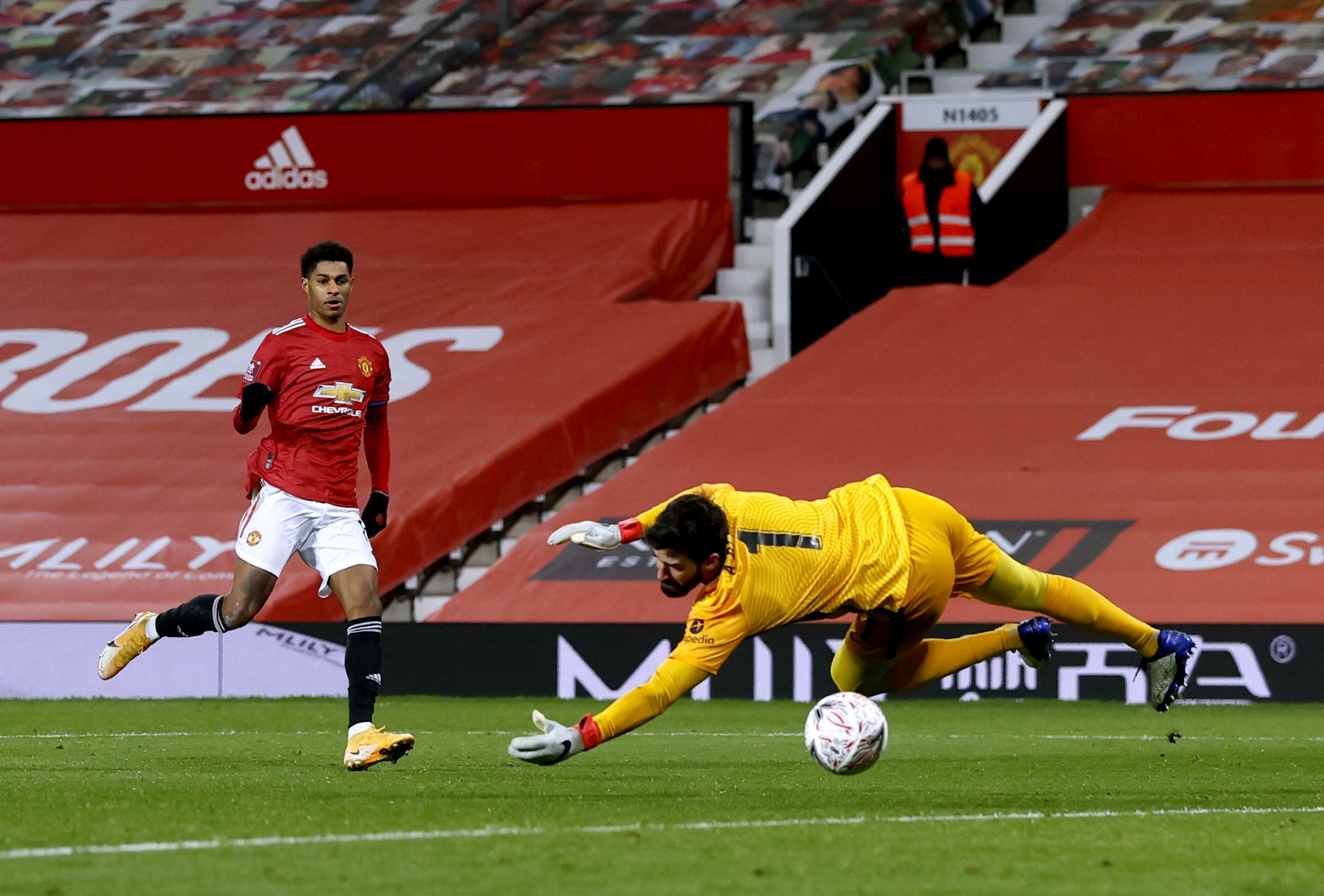 John W. Henry does not like to smudge his account book even to change the decimals. Liverpool’s American owner has drawn a red line on spending that no one at the club dares to cross, not even when a plague of injuries has stripped the central defense line of cover. The champion’s squad is decimated but it is not reinforced with signings but with patches. A sign of extreme respect caused by the economic logic of the management, the coach, Jürgen Klopp, went to Old Trafford this Sunday to play his pass to the fourth round of the Cup with a 19-year-old boy who until last summer was playing in a amateur team. Rhys Williams, graceful in appearance with a thoughtful gaze and seductive curls, was ordered to stand in the right quadrant of the field to guard the last bulwark between Marcus Rashford and his goal. The consequence was that Liverpool played uphill all afternoon until Bruno Fernandes finished it off with a direct free kick in the final 3-2.

Liverpool did not find it useful to occupy the field better or approach disputes with more determination and lucidity. Nor was it worth anything to go ahead with a goal from Salah to a pass from Firmino, which he received from behind between Pogba and McTomminay without either of them lifting a finger to close the line of his delivery. Liverpool were in command, but every time they lost the ball, a cold wind blew on their right wing. Taught to look for Alexander-Arnold’s back, the local players’ first move was to see if they could give the ball to Rashford, who was waiting close to the line. So it was that a fight between Pogba and Firmino ended with the ball bouncing off McTomminay’s feet, which hit him as it came and sent it to the hole that Rashford inhabited. Without Salah coming to bother him in the closing, the youth squad signed the most aesthetic action of the match. A silky left-handed pass crossed to the back of the center-backs, for Greenwood, who jumped on Robertson’s back, to box.

Marcus Rashford is a typical English soccer star. Elegant as few, elastic, fast, skilled with both legs, a good professional and a good companion, one wonders what can go wrong so that he accumulates years of disappointment. It turns out that the boy suffers from what one scout calls “tennis umpire syndrome.” There are many games that he lives like a luxury spectator, watching the plays go by as if he did not feel that he could intervene continuously. Against Liverpool he found the perfect setting to show off: a rival who advances his defense to the center circle and an uncategorized right central to play in professional football. The 2-1, which Rashford finished off, was the result of crossing an adult forward with a defender who still wonders if he was born to do the things that the coach sends him.

Bruno Fernandes, at the stick of Allisson

Salah’s draw at the edge of game time (2-2) confirmed United’s inferiority in all processes of the collective game. But the game was resolved in fortuitous circumstances, in specific duels, more than in other departments. Liverpool’s good administration of the ball weighed less than Cavani’s ability to win over Fabinho and cause a foul on the edge of the area when his team could hardly leave their field, with ten minutes remaining. Bruno Fernandes, who had just entered for Donny van de Beek, dispatched the free kick down the side of the barrier. Predestined to lead the richest team in England, the Portuguese hit the far post and surprised Allisson in the corner that he kept better.

Assuming Liverpool had won this Cup, they would have received four million euros in prize money. If he wins the Premier, he will enter more than 150 million, and if he wins the Champions the prizes will exceed 100. In mathematics it is guessed that there are tournaments that John W. Henry does not give a damn about, surely as much as the Rhys Williams lineup. It would be inappropriate to say that at Old Trafford the best player lost. United were superior on things that are also the nature of the competition. For example, effectively exploiting the accounting scruples of the owner of the rival team.