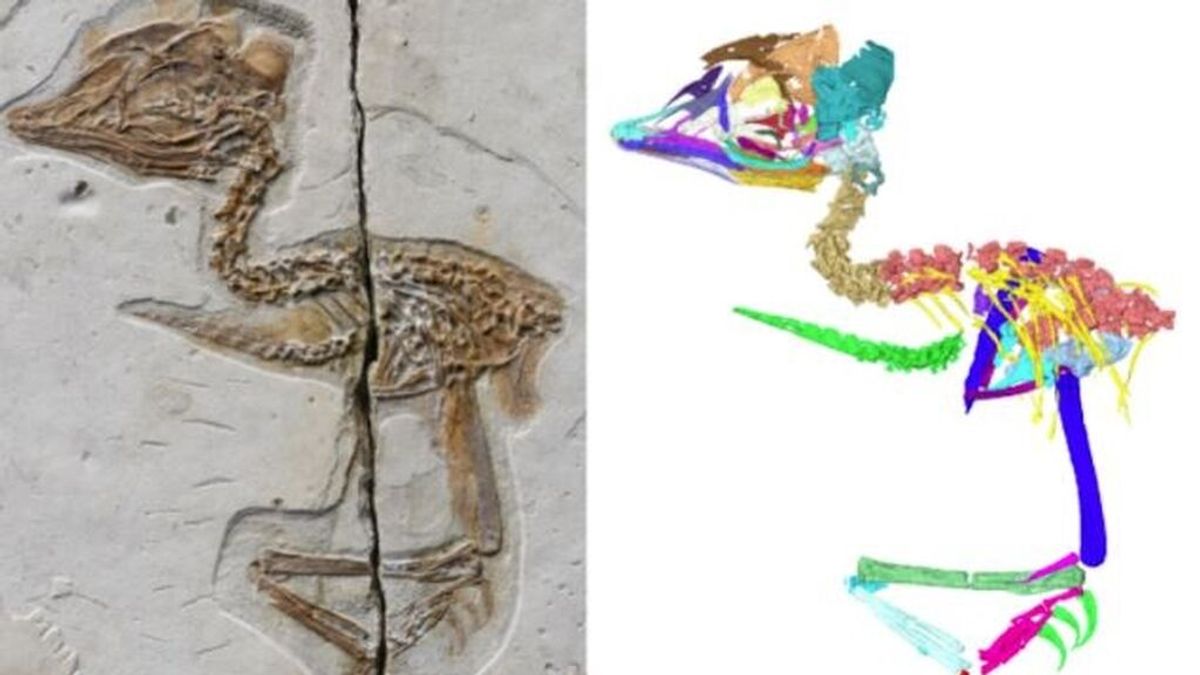 The main difference is that the bones of the skull found do not move as those of the current live birds do.

In addition, it has the first well-preserved pterygoid bone found in an early bird.

The Nature magazine has published this week about findings about the first birds, which retained many characteristics of their dinosaur ancestors. Their skulls were not the same as those of birds today, but functioned in much the same way as those of dinosaurs.

This has been revealed by an archaeological discovery in China: the fossil remains of a tiny bird that lived 120 million years ago in a shallow lake in what is now Liaoning Province in the northeast of the country.

His skull is unique, two centimeters long, and shares many structural and functional characteristics with the gigantic Tyrannosaurus rex. Researchers from the Institute of Vertebrate Paleontology and Paleoanthropology (IVPP) of the Chinese Academy of Sciences have reconstructed in detail the genealogical tree of birds to show that the new species found belongs to an extinct group called enantiornithines or “opposite birds”.

Birds are living dinosaurs that evolved

Its about most diverse group of birds from the time of the dinosaurs in the Cretaceous. They have been found all over the world and the main difference is that the bones of his skull don’t move as do those of the current live birds, a unique characteristic that they have.

That means that those birds they couldn’t move their upper jaw regardless of the brain and lower jaw. Therefore, this new species of fossil found has two bony arches for the attachment of the jaw muscles, such as those found in reptiles such as lizards, alligators, and dinosaurs. The back of the skull is stiff and resistant to movement between bones.

The fossil also has the first pterygoid bone well preserved found in an early bird, as it is “exactly like that of the dromaeosaur Linheraptor”, according to the Dr. Wang Min, main and corresponding author of the study.

The comparison between the bird and that dinosaur also shows other common characteristics that confirm the argument already supported by other lines of research: birds are living dinosaurs and evolved from that branch which includes the troodontids and dromaeosaurs.