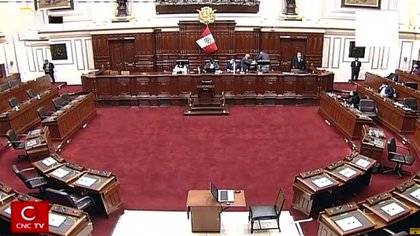 Everything was ready for the vote of a single list to preside over Congress and, therefore, consecrate a new interim president -Rocío Silva Santisteban- after the resignation of Manuel Merino. However, the fact that it was a single candidacy did not translate into consensus: the majority of the congressmen, 52, voted “No”. 25 abstained and only 42 supported it.

The lack of agreement was a surprise, because Santisteban came to the vote with the commitment of support from many congressmen who finally voted against him. Now, already in recess, the congressmen began a new negotiation with a view to reaching consensus to appoint the authorities.

Thus, uncertainty grows after the resignation of Manuel Merino, who resigned today five days after assuming power, which sparked a celebration in the Peruvian streets after several days of protests harshly repressed by the police, in which there were two deaths and a hundred wounded. 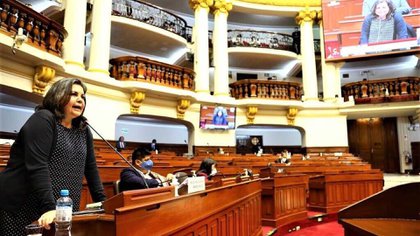 Meanwhile, The Peruvian Constitutional Court has announced that it advances to this Monday the session in which it will debate the demand for powers filed by former President Martín Vizcarra on the presidential vacancy, initially scheduled for Wednesday.

The president of the Constitutional Court, Marianella Ledesma, has explained in statements to the press that the seven magistrates will vote on Monday whether to deliberate on the appeal without listening to the oral arguments of the representatives of the Government and the Ministry of Justice.

The lawsuit asks the court to define the criterion on the presidential vacancy under the cause of permanent moral incapacity, the one used to remove Vizcarra from office.

Vizcarra was dismissed on November 9 after the approval of a vote of no confidence in Congress and the position was assumed by Merino, but as soon as he took office, protests began that worsened until on Saturday two people died and 107 were injured. in the mobilizations, of which 34 remain hospitalized. There are also 65 missing.

“I want to make known to the whole country that I present my irrevocable resignation to the office of President of the Republic,” the fleeting president declared on television. Manuel Merino only 5 days after having replaced Vizcarra.

Resignation of the president of Peru, Manuel Merino

As soon as Merino made the announcement, the streets of Lima filled with protesters banging pans and shouting slogans in a boisterous celebration.

“We did it. Do you realize what we are capable of doing? ”, The Peruvian soccer team Renato Tapia wrote on social networks.

Vizcarra celebrated the resignation of the president and urged the Constitutional Court to rule as soon as possible on his removal from office on November 9. “A dictator has emerged from the palace. Merino has stepped aside. It was cracking our democracy, ”he told reporters.

The Constitutional Court (TC) of Peru demanded this Sunday from the National Police “The immediate location, identification and safekeeping of the more than 40 disappeared” during the citizen demonstrations that this Saturday were violently repressed by the security forces, leaving two dead and dozens injured.

The highest interpreter of the Peruvian Constitution spoke on Twitter this Sunday after the complaints of disappearances and the demand of citizens, civil organizations, politicians and the press to be aware of the people who have not yet been located by their relatives and friends.

The agency also recalled that the recourse of “habeas corpus” before the courts “can be used as a mechanism to force a joint institutional action until the location of disappeared persons.”

After the total resignation of the interim government chaired by Manuel Merino, rejected in a massive way by the citizens, both the Ministry of the Interior and the National Police of Peru (PNP) remain silent despite the fact that Peruvian law indicates that reports of disappearances must be investigated immediately.

The National Coordinator of Human Rights (CNDDHH) reported this Sunday that the police repression on Saturday left, in addition to two young people dead and at least 114 wounded, a total of 41 missing.