Amid the gibberish of champions promoted by boxing’s own governing entities for spurious interests, Tyson Fury has stormed in to proclaim himself heavyweight monarch despite having only one universal belt, that of the WBC (World Council).

And he has done it with a spectacular photo montage dressed as a gladiator at the gates of the Colosseum ahead of his compatriot Anthony Joshua, the Ukrainian Oleksandr Usyk and the Americans Deontay Wilder and Dilian Whyte.

After your problems with alcohol and cocaine or misogynistic statements, the ‘Gypsy King’ emerged on February 22, 2020 to knock out ‘Bronze Bomber’ Wilder in the seventh round and snatch the WBC scepter from him.

Nevertheless, the closest to a ‘King’ of the maximum weights would be the Englishman Anthony Joshua. ‘AJ’ currently holds the WBO (World Organization), IBF (International Federation), WBA (World Association) and IBO (International Organization) titles after knocking out Bulgarian Kubrat Pulev on December 12 .

Waiting for their chance are three other geniuses. The most talented without any doubt is the Ukrainian Oleksandr Usyk. Olympic champion in London 2012, the ‘Gato’ is undefeated in 18 fights, but has the handicap of being a converted cruiser that does not reach 100 kilos and is measured against rivals who reach 115. 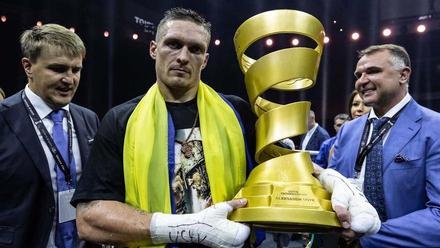 The powerful British Whyte passed over the Russian Aleksandr Povetkin on March 27 in a colorless ‘rematch’ to don the WBC interim belt. And finally, after being dethroned by Fury of the WBC title, the ‘killer’ Wilder also awaits a new opportunity.

Eager for a fight against one of the greats, the ‘Villain’ Whyte is dedicating himself to provoke them. “Come see me, you clown fraud,” he snapped at Wilder on Sunday after his victory in Gibraltar. “You’re a coward,” he dared to say to Fury.

Sandor returns on 23-A

One month later than initially expected due to the health situation, Sandor Martín from Barcelona will defend his European EBU super lightweight title on 23 April against the British Kay Prospere (14 wins, one loss and one void). A victory could definitely open the world doors to ‘Arrasandor’. 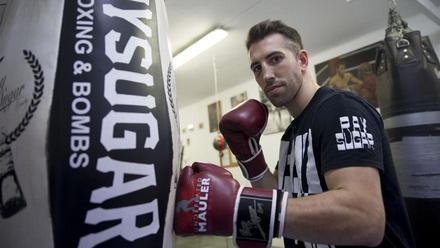 Sandor Martín will defend his European title in Barcelona

Organized by Matchroom and broadcasted by DAZN, another European title will be put into play this evening, as the Basque Andoni Gago will expose his feather scepter before another Briton, Gavin McDonnell.

Emotions will not stop there, since others will be the game two referents of Spanish boxing, the Basque Kerman Lejarraga (The ‘Morga’s Revolver’ will face the also British Jez Smith) and the Cantabrian Sergio ‘El Niño’ García against a rival that has not yet been announced.