The Provincial Court of Segovia has sentenced the man who he sexually abused Valeria Quer, Diana Quer’s little sister, when he was 35 years old, and she was 17 in Carabias (Segovia) taking advantage of the fact that she was very drunk in September 2017.

According to the judgment, sent by the Superior Court of Justice of Castilla y León, the Chamber considers JPM responsible for a crime of sexual abuse and for this reason it also imposes a restraining order with respect to the victim of 500 meters for five years and a compensation of 3,000 euros.

The victim in this case is Valeria Quer, the younger sister of Diana Quer, the 18-year-old who disappeared in August 2016 in A Pobra do Carmiñal (A Coruña) and whose body was found on December 31, 2017, murder for which José Enrique Abuín, alias el Chicle, was sentenced to reviewable permanent prison.

As corroborated by the Chamber, JPM, 35 years old at the time of the events, coincided with the victim at the local festivals in Majadahonda on September 17, 2017 and both they spent the night in the same group of friends.

Although the young woman went to sleep at a friend’s house, around eight o’clock in the morning they both contacted again and Valeria Quer, who was in a very advanced state of intoxication, went out again to meet the condemned man, who picked her up in his car, gave her more alcohol and she “He was left in a state of total lack of consciousness.”

The victim woke up at two in the afternoon in a house in the Segovian town of Carabias with signs indicating that a sexual act had occurred, but did not remember anything due to an episode of amnesia caused by the mixture of alcohol and antidepressants that he was taking.

According to the sentence, the uncertainty of whether the defendant had maintained relations with her taking advantage of her state, together with her “unstable mental state” derived from the experience of the disappearance of her sister, caused Valeria Quer to enter a few days later in the hospital, where he stayed for four months with post-traumatic stress disorder.

The magistrate who signs the sentence, Ignacio Pando, acknowledges that there is a “absolute direct proof void” about what happened since the victim left with the condemned man in the car until she woke up, because the only one who could remember it is him and he has refused to clarify this point. 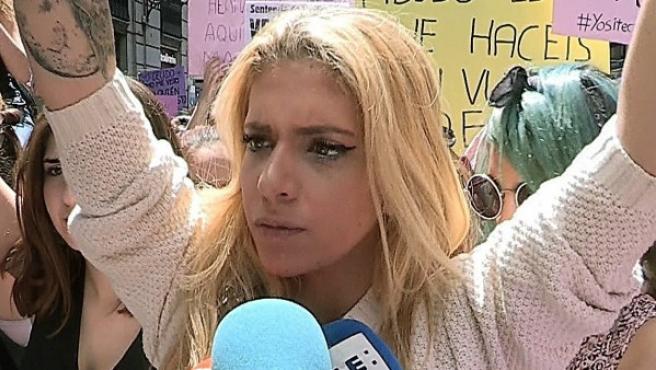 There is expert evidence that shows that there was a sexual act and others that prove that the victim was “completely incapable of giving” his consent, but it has not been possible to clarify, in the opinion of this Chamber, that there was penetration, which is why the sentence is less than that requested by the accusations.

The sentence mentions “the fraudulent intention” of the convicted person to “increase the alcohol intoxication” of the victim and, with it, “completely override your will, as he actually got “when they were in the car together.

Also the “criminal conduct prolonged in time aimed at achieving its objective” of the convicted person, who also during the process has maintained “the practice of lying” as “your usual norm”.