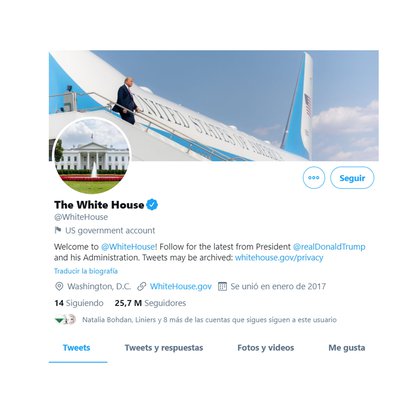 Twitter has announced that it will hand over the official accounts linked to the US Presidency to Joe Biden and his team on January 20, date of inauguration, although the outgoing President Donald Trump refuses to do so.

The company “is actively preparing its support for the transition of the institutional accounts of the White House by January 20, 2021”, Explained a spokesman in statements to The Hill newspaper.

Thus, it will transfer the accounts @POTUS, @WhiteHouse, @VP, @FLOTUS and several more in coordination with National Archives and the Records Administration. He also plans to meet with representatives of the Biden transition team to discuss the use of these accounts. 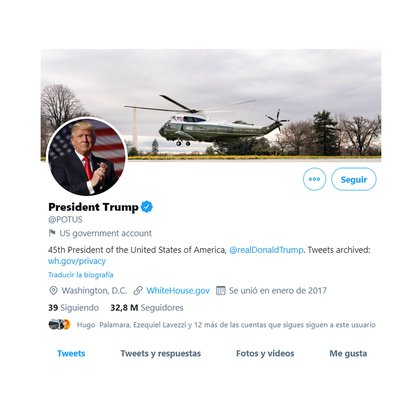 The account @POTUS (President Of The United States, President of the United States) has more than 32 million followers. The messages published by the Trump Administration will be archived and the account will be clean, without any tweets. 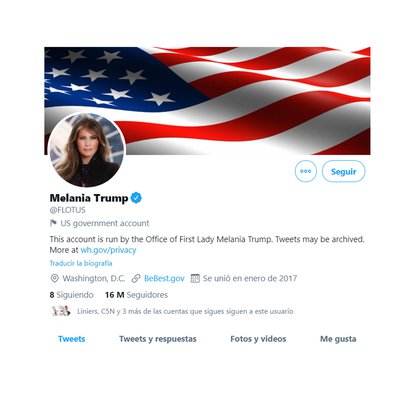 In any case, Unlike what Barack Obama did when he was president, Trump has used his personal account, @realDonaldTrump, more frequently than the official. It is precisely in that personal account in which he has poured a large amount of accusations of fraud related to the presidential elections of November 3 that have been labeled as in dispute or directly as disinformation by Twitter.

As soon as he stops being president, Trump will lose the privileges that Twitter gives to world leaders and you could suffer consequences for these types of messages.

During the days when the elections were held and the moment when Biden was finally declared the winner, the social network pointed out as “misleading” a large number of tweets posted by Trump.

In its civic integrity policy, Twitter is prohibited from using its services “for the purpose of manipulating or interfering in elections or other civic processes ”which includes“ posting or sharing content that may discourage participation or mislead people about when, where or how to participate in a civic process”. According to the social network, the president of the United States violates your rules and policiesTherefore, every time the president publishes information that the North American company considers misleading, warns in the same tweet, so that users are aware of what they are going to read.

In one of his tweets, Trump wrote that “Twitter is out of control, which was made possible by the government’s gift of Section 230.” The American referred to the Decency in Communications Law that limits the responsibility of platforms in relation to the content published on their sites, although it allows them to establish community standards. The Republican signed on May 28 an executive order for that section to be reviewed and modified.

WITH INFORMATION FROM EUROPA PRESS

Marco Rubio recommended that Trump collaborate with the transition: “Our enemies are not going to give the next president three months to start working.”